Stormy Start at Lake of the Ozarks 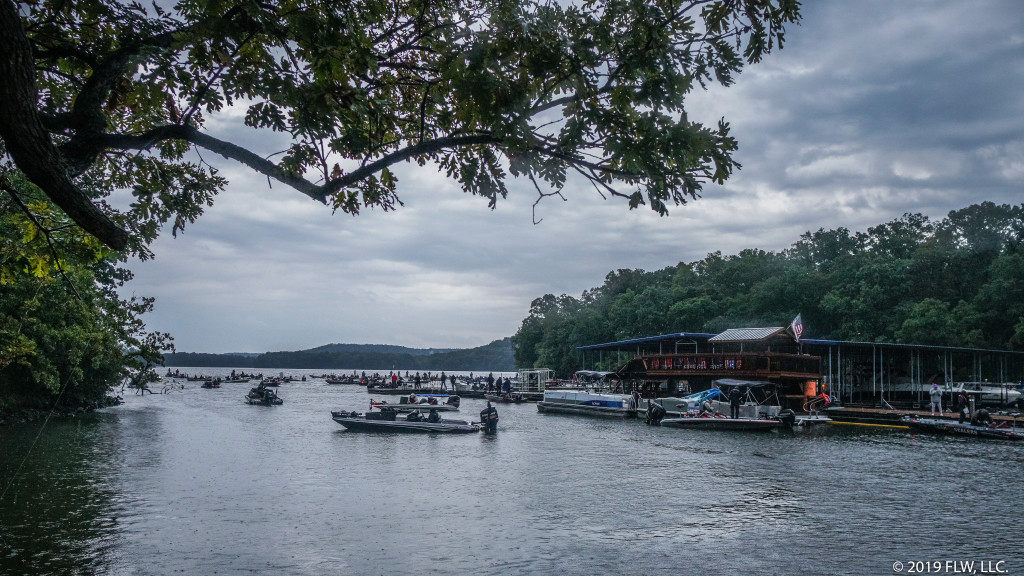 Thus far, it’s been a relatively mild fall, temperature-wise. That’s about to change, and fast.

The final leg of the Costa FLW Series Central Division presented by Evinrude on Lake of the Ozarks will launch right as a massive cold front arrives. How massive? The forecast has been calling for heavy rain and a high of 74 today, and so far hasn’t been wrong. A major thunderstorm greeted anglers this morning and delayed takeoff by an hour and fifteen minutes thanks to abundant lightning. Tomorrow? A high in the mid 40s.

Considering the lake was already fishing tough as the fish are in full-blown transition mode, the weather front could only complicate matters. 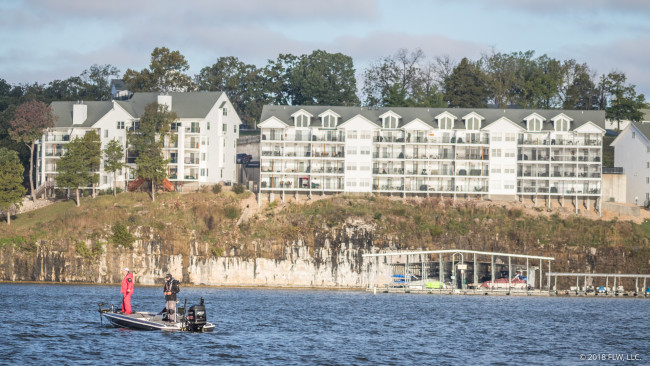 This marks the fourth-straight year the Central Division has ended on the historic fishery. So there are few secrets.

Though “Ozark” is right in the name, Lake of the Ozarks doesn’t really fish exactly like the famous lakes on the White River. The water is hardly dirty, but it doesn’t have that same clear blue quality that Beaver Lake and Bull Shoals boast. Also, largemouths are almost the exclusive target of tournament anglers at Lake of the Ozarks. The lake is also heavily developed – more like Grand Lake than some of the other Ozark lakes where bluffs and gravel banks are the predominant shoreline features.

As such, the patterns in play are generally less finesse-oriented and at least somewhat unique to Lake of the Ozarks. In years past in the fall, fishing topwaters, skipping docks, and fishing offshore brush and rock have all played. 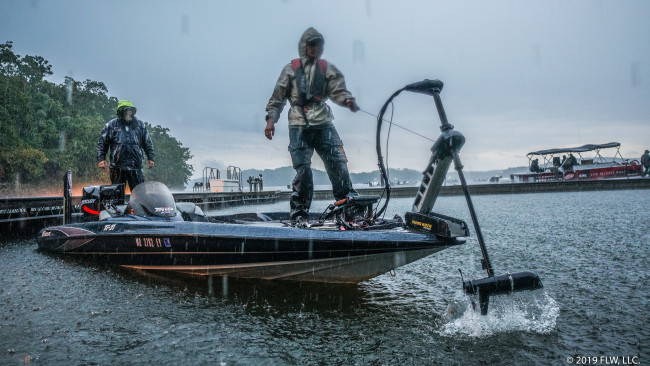 Lake of the Ozarks is beat up right now, and now Mother Nature is taking her swing.

For most of the year, the lake has been fishing remarkably well according to FLW Tour pro Casey Scanlon, who guides on the lake. However, that seems to have dwindled lately, based on the results of a massive tournament last weekend.

“There was the Big Bass Bash last weekend,” says Scanlon. “It usually draws 3,000 anglers, and they have hourly weigh-ins. Normally, it takes 4-pounders to win those, but this year, there weren’t many 4s caught. So, it’s fishing tough, and that event put a lot of pressure on the lake.”

Then, of course, there’s the cold front. Though, Scanlon is hoping that may actually help the bite a bit.

“Typically, a system like that will make the reaction bite better,” says Scanlon. “It will definitely change the dock bite with all that rain, but guys wanting to throw topwaters and spinnerbaits should be happy.”

As water temps have dropped roughly 10 degrees in the last week – which has caused some areas of the lake to turnover— fish are clearly moving around. Scanlon says they’ll be caught anywhere from 1-30 feet, and a top-10 bag could come from any section of the lake.

“Honestly, weather aside, a guy will be able to pick whatever he wants and be able to do well,” says Scanlon. 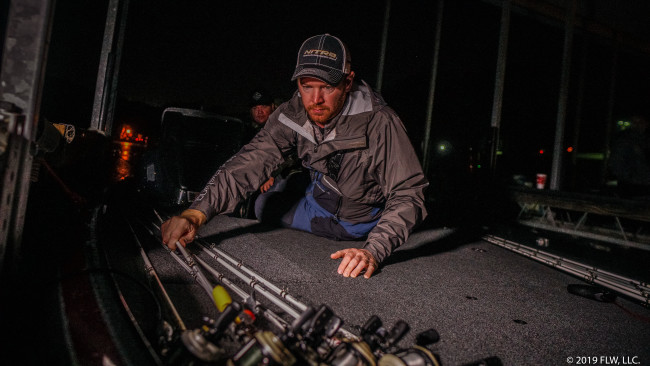 Topwaters, jigs, spinnerbaits, crankbaits – there’s no reason to overthink it. These should be the main players. The biggest question is where they’ll be used.

The dock bite is always a factor thanks to the fishery’s overabundance of them, but Scanlon says the offshore bite may be a bigger player than usual thanks to all the rain this fall.

“They’re pulling a lot of current,” Scanlon says. “So the offshore bite is a real wildcard. It’s typically less reliable this time of year, but with how much current they’re pulling and the weather, a guy could do well doing it.” 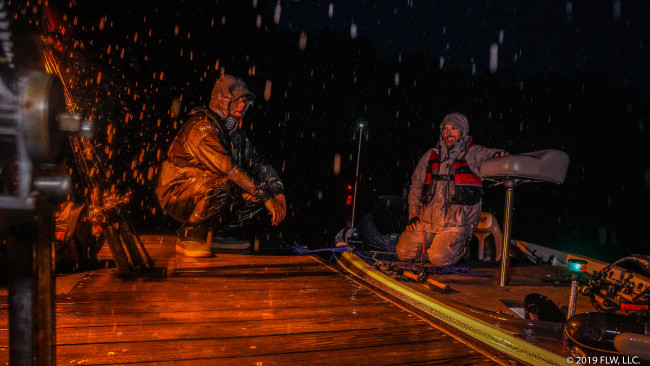 Practice was decent. Problem is, anglers just don’t know if any pattern they keyed in on will hold up with the weather.

“They fish are moving every day, it seems,” says Scanlon. “So, guys are going to really need to adapt.”

As mentioned before, the field should be able to spread out, as Scanlon figures a handful of top competitors will come from up the river, a handful from close to the dam and a handful staying right near takeoff.

As for weights, Scanlon predicts 32-33 pounds to make the weekend cut.

“There’s plenty of fish to be caught, but it may be a bit of a grind to catch them, especially the right ones,” says Scanlon.