Allison Comes from Behind on Cumberland 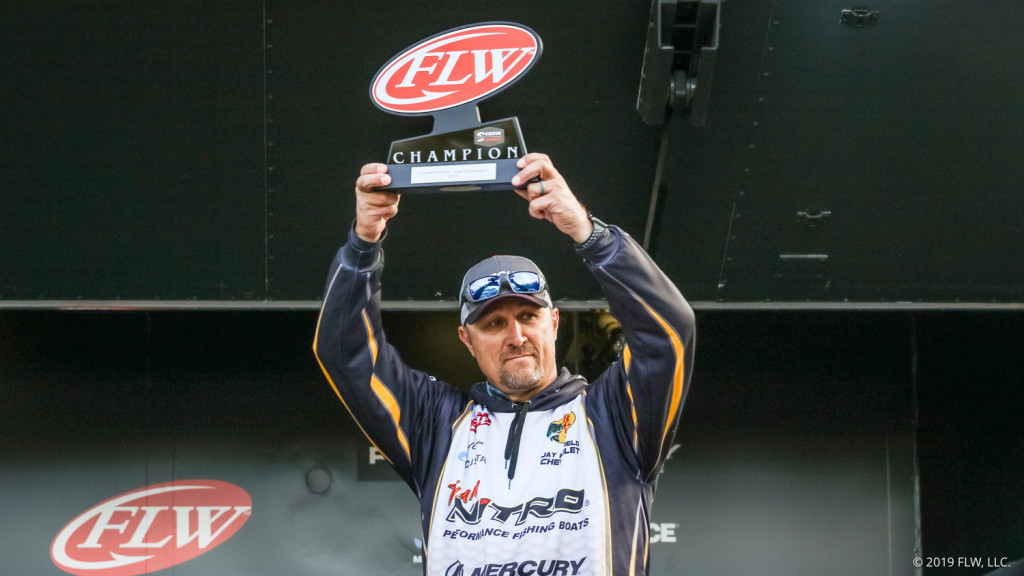 By catching four quality smallmouth bass on the final day of the Costa FLW Series Championship on Lake Cumberland, Missourian Chad Allison was able to come back from 10th place and win the co-angler division, earning more than $30,000.

Allison weighed in 11 pounds, 3 ounces Saturday for a tournament total of 24-10. He beat Mason Roach, who led the tournament for two days, by a margin of 3 pounds, 5 ounces.

On day one, while fishing with pro Darrell Davis, Allison weighed in three smallmouths using an umbrella rig. Among his go-to tackle for the rig was a new jighead that he designed for JaKKed Baits. It’s called the Allison A-JaKK, and it’ll be available for sale within a couple weeks. The head has a stout 4/0 hook, which Allison says was key for helping to keep these aggressive, acrobatic smallmouths buttoned up.

“He was throwing up toward the bank, so I was fishing a little deeper and letting my bait get a little deeper, and I think that was kind of a key,” he says. “They were sitting on that drop, and all three I caught were on that drop.

“Day two, I just totally went junk-fishing,” adds Allison, who fishes the T-H Marine Bass Fishing League (BFL) Ozark Division as a boater. “My boater was not doing what I felt comfortable doing, so I was trying to adapt. So, I picked up a jig, which is what I do back home on our Ozark impoundments, and I put that in my hand for the rest of the day. I flipped that in and ended up catching a largemouth and a smallmouth.” 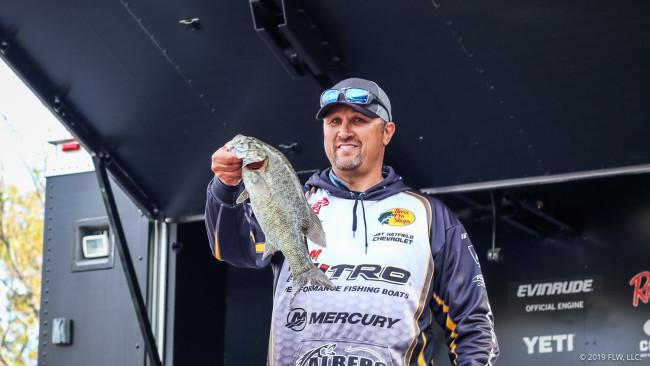 In the final round, after consulting with his travel partner, Jeremy Lawyer, Allison went back to the umbrella rig to assemble what was easily the biggest bag of the final round by a co-angler – four fish for 11-3.

California’s David Valdivia was Allison’s final-round partner, and spent most of the day casting up toward the bank with a jig. Like on day one, Allison countered by working out deeper in 18 to 25 feet of water.

“The new heads that I designed, they get down there a little easier,” he adds. “I think that was probably a key.”