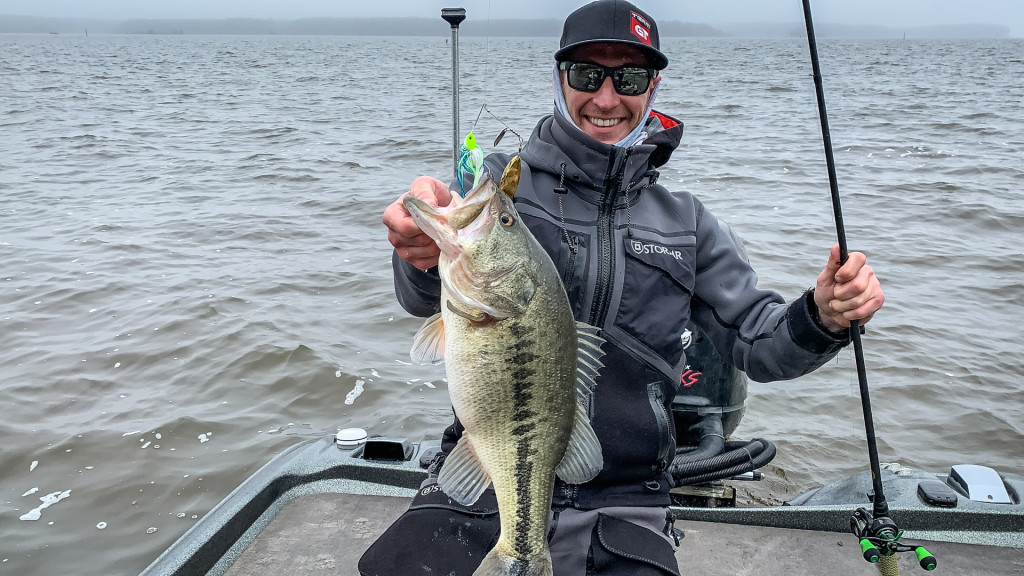 Toledo Bend is a legendary reservoir that straddles the border between Texas and Louisiana. It spans some 65 miles along the impounded Sabine River, which runs north to south, and sprawls across about 185,000 acres at full pool. Though Toledo Bend has a number of major tributaries along its length, the bulk of the reservoir is its straight, wide-open main-lake span.

While Toledo Bend’s deepest water surpasses 100 feet and anglers frequently catch bass deeper than 20, it’s well-known for its shallow stump and timber fields that are home to some real giants. The fish benefit from Florida-strain genetics thanks to stocking programs and frequently surpass double-digits. 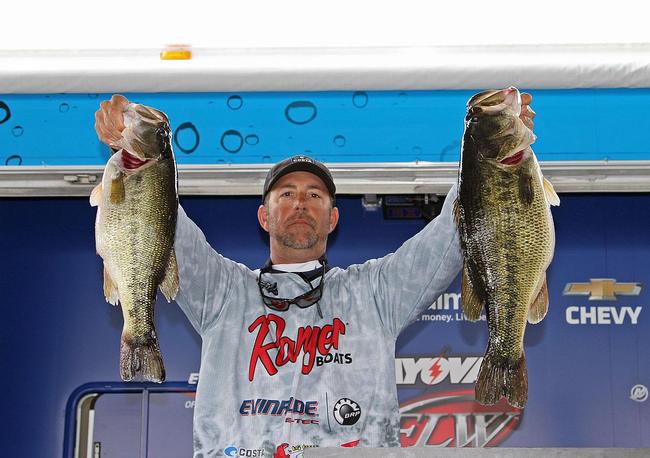 The FLW Series hasn’t been to Toledo Bend since late March 2014. Russell Cecil won that tournament with a three-day weight of 61 pounds, 9 ounces, which included a massive 29-2 second-day limit. Cecil sight-fished with a Big Bite Baits WarMouth throughout the event.

Denny Brauer won the 2013 FLW Series event on Toledo Bend in mid-February with 56-8 in three days. Saddled by an injury and limited a little bit due to rough water, Brauer stayed close to takeoff and caught his fish on a Strike King Premier Pro-Model Jig around hydrilla.

Last season, FLW Pro Circuit rookie Darold Gleason, who guides on Toledo Bend, won a weather-shortened Bassmaster Open on his home lake in late February. He covered water, mixing it up with a Strike King 6XD, a V&M The Flatline Pacemaker Football Jig, a 6th Sense Cloud 9 C15 crankbait and a V&M Chopstick on a Carolina rig. Gleason’s two-day winning weight was 40-2.

Finally, the Phoenix Bass Fishing League Cowboy Division opened its 2019 season on Toledo Bend on Jan. 26. Local angler Cody Pitt won the tournament with 24-5 fishing a Strike King 6XD crankbait for prespawn fish in a creek channel and on the main lake.

While those tournaments are helpful for predicting winning weights in late winter and early spring, anglers will experience much different conditions on Toledo Bend in 2020. 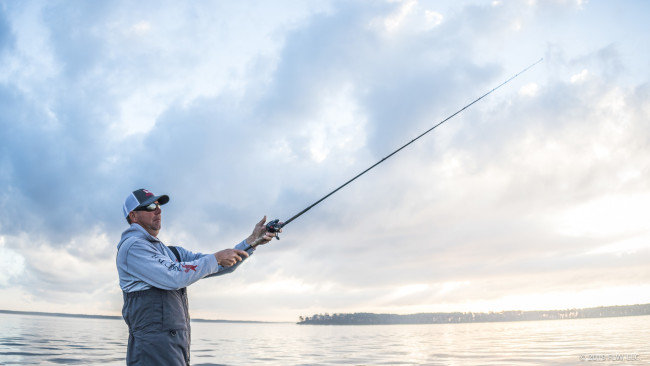 Recent extreme water-level fluctuations have left their mark on Toledo Bend. High water the last couple of springs hindered hydrilla growth, says Gleason. Then last year the lake was drawn down for dam maintenance, which more or less finished off the grass.

Toledo Bend is still low. The water level is currently at 165.58 feet above sea level. Full pool is 172 feet, which is where the lake stood one year ago. Anglers can monitor water levels on the Water Data for Texas website.

As a result of low water and the lack of grass, anglers will need to adjust their approach in the FLW Series event.

“The shallow fish are still going to get on shallow cover. They don’t have grass, so they’re going to relate to stumps and timber,” Gleason says. “There are deep prespawn fish as well. Generally, Toledo’s a great lake for guys to do what they’re good at. You can find the water to meet your preferences. It should be a good event if we don’t get cold, muddy water. I expect it to take close to the 20-pound range each day to win.”

Fellow guide Colby Miller, who’s frequented the FLW Series Southwestern Division the last few years, and FLW Pro Circuit standout Nick LeBrun agree with Gleason’s prediction. They all figure somewhere between 17 and 22 pounds per day will put an angler in the hunt for the win, while 13 to 14 pounds per day will make the cut. 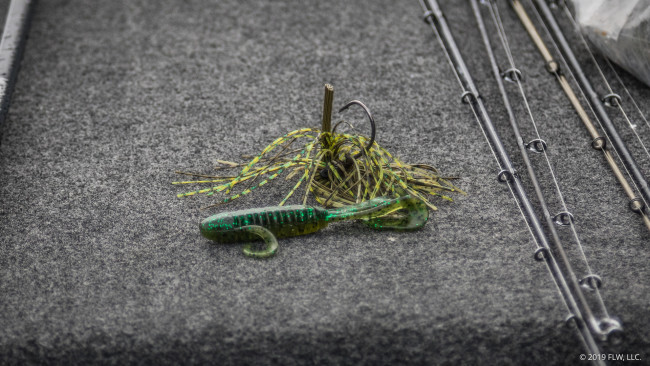 Deep, shallow and in between will all play on Toledo Bend. Offshore anglers will catch fish dragging football jigs or Carolina rigs, or cranking with deep plugs. Hard-bottom areas with stumps or brush will draw their focus.

Staging areas closer to spawning bays will most likely get even more attention from anglers. Bass should be set up on secondary points and creek channels or even on lead-in banks into spawning pockets. Rat-L-Traps and other lipless crankbaits might play, even though there’s little grass, and ChatterBaits, hollow swimbaits and square-bills will also work.

If conditions are right, LeBrun thinks we might even see some bass on beds, but it all depends on Mother Nature.

“The prespawners are going to be the biggest player,” he says. “If you have cold water temps still in the 50s, those prespawners are going to be piled up. If you get some warm nights, and that water’s in the upper 50s to 60s, you could have some going to the bank. It’s not uncommon to have an early wave of spawners hit if the water temp is high. If it’s a warming trend that week, guys shouldn’t be afraid to fish really shallow.” 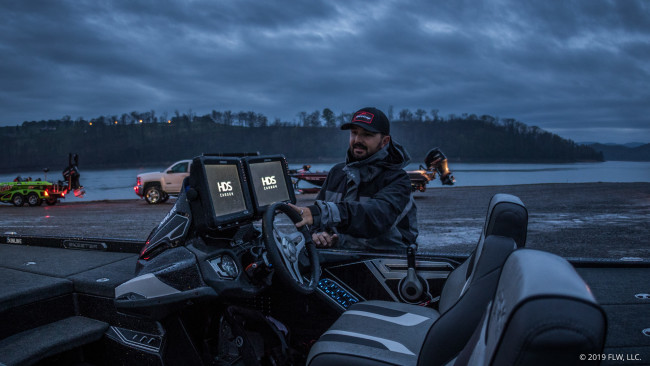 1. Water levels and navigation – It’s critical in this tournament that boaters pay attention to the marked navigation channels. Stumps and timber outside these boat lanes pose serious risks at normal water levels, but with the reservoir still more than 6 feet low, the hazards are even greater. LeBrun and Gleason suggest idling to reach shallow areas outside the channel, even if it cuts into practice and fishing time.

2. The wind – With its wide-open layout, Toledo Bend can really get riled up in the wind. Anglers will need to account for increased travel time when planning on fishing areas far from takeoff. Likewise, it’s not always possible to zigzag through waves or navigate the calmest waters due to the need to stay in the boat lanes. Boaters should be prepared for windy situations.

3. Warming or cooling trends – The weather in the last week or so leading up to the tournament will dictate how this event shakes out. If it’s cold and blustery, LeBrun says the biggest bass will pile up together in prespawn staging areas to wait out the conditions. But as soon as it starts warming, they start working their way shallower.