Huff Wins it on Toledo 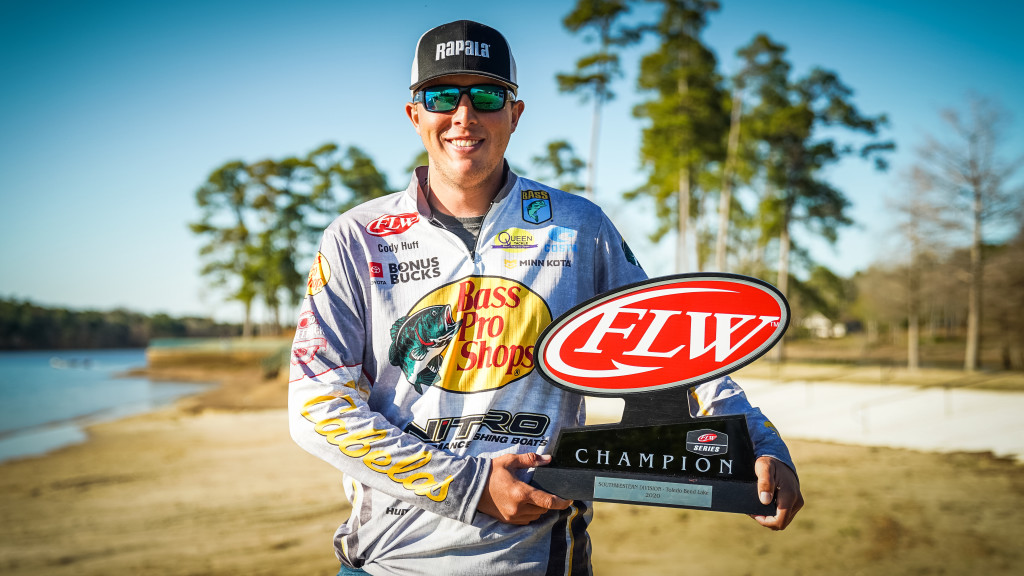 Cody Huff has been sensational on Toledo Bend over the last two weeks.

First, he and Bethel University partner Dakota Pierce won the Bassmaster College Series event on Toledo Bend last week with a three-day total worth 60 pounds, 7 ounces. After driving home to drop Pierce off, he came back down for another round on the Sabine River impoundment. Three more days of fishing later, he locked up the first Toyota Series title of his career with 61-11 total in the Southwestern Division opener. 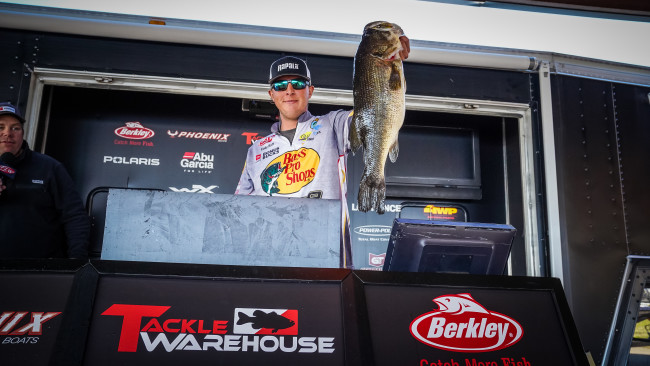 “God works in mysterious ways and when it’s meant to be you just can’t stop it,” says the Ava, Mo., pro. “I came here two years ago and after my experience then I didn’t want to come back. But after this week, it’d say I do enjoy this place a lot. I’ve had a lot of fun this week.”

Huff played a simple game plan throughout both the college event and the Toyota Series event – fish like he would back home in the Ozarks with a jigging spoon for suspended fish. However, he didn’t come south with that game plan in mind.

“When Dakota and I got here we put the trolling motor on the bank and saw bait popping all over the bank in the first or second place we fished and thought, ‘Man, these things are shallow,’ and all of the sudden we saw big school of fish swim under the boat on our graph. I dropped to them and caught a 5-pounder. That’s when we knew they were out.

“The fish were shallower early last week in the mouths of the creeks, but when that cold front hit, it moved them. The first day of the college tournament we caught them close to the creeks, the second day halfway out and the third day out in the main river channel.”

That wave of fish movement is almost exactly how things shook out this week. The bait and bass pushed halfway back towards the creeks from the river channel over the first two days. On the final day, Huff had to scramble around to relocate the fish back near the main channel.

Working three primary areas from Cypress Bend Park down to just north of Housen Bay, Huff spent the majority of his time in anywhere from 40 to 70 feet of water scanning with his electronics to stay with the bait and the bass. Suspended bass were the target and the higher they sat in the water, the easier they were to catch.

“From 11 o’clock on most every day those bass started to group up and that’s when you could really catch them,” the 22-year-old pro says. “Whenever you’d see them in that 15- to 30-foot range, they’re catchable. When they get below that they’re not really feeding, but when they’re up in and around that bait you can catch them.” 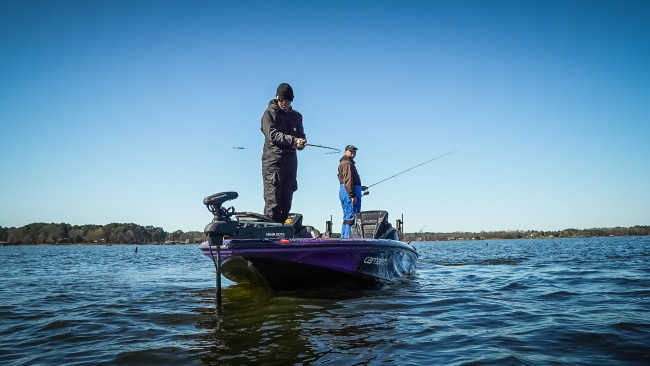 Even though sun would help to group the bass up, the bright skies on the final day had Huff scrambling for a bite with two hours to go. Having only a small spotted bass and keeper largemouth in the box shortly after noon, Huff was beginning to wonder if his luck had run out.

“I thought today was the perfect conditions and I was going to stroke them,” he says. “I pulled up to two of my best places and there wasn’t a ball of bait within a mile. The best place had them good for the last two weeks, and they were gone. I checked it four or five times today and they never pulled up.”

Once the day got nice and the wind calmed down, Huff revisited a spot he checked in the morning.

“With two hours to go I catch a 3-pounder and see there is a megaschool down there,” says Huff. “One of the biggest schools I’ve seen all week. I flipped back and only one fish comes to meet my spoon out of the school and follows it for three or four jerks – and they don’t hardly ever bite it when they do that – and about that time I lock up and it’s an 8-8. I got a limit and with about 30 minutes left my trolling motor batteries were so dead that my foot pedal won’t even move on my Ultrex, so I came in.” 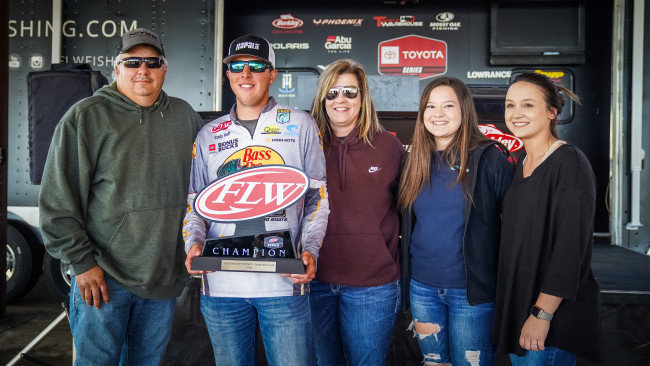 With such a stout performance against some of the best local and regional anglers on a historic fishery like Toledo Bend it’s hard not be impressed by Huff’s work. Though it’s still a surprise to him and he’s happy to have that trophy riding back to Bethel with him.

“I didn’t know if I was on them good enough to do this for two weeks, I really didn’t,” he adds. “I knew I was around the right quality, so I went with the idea of make as many casts as I could in front of fish this week instead of just fishing and it worked out.

“Once I get back to school and my buddies start riding me it’ll probably set in a bit.”