Adaptability has been the name of the game this week on the St. Johns 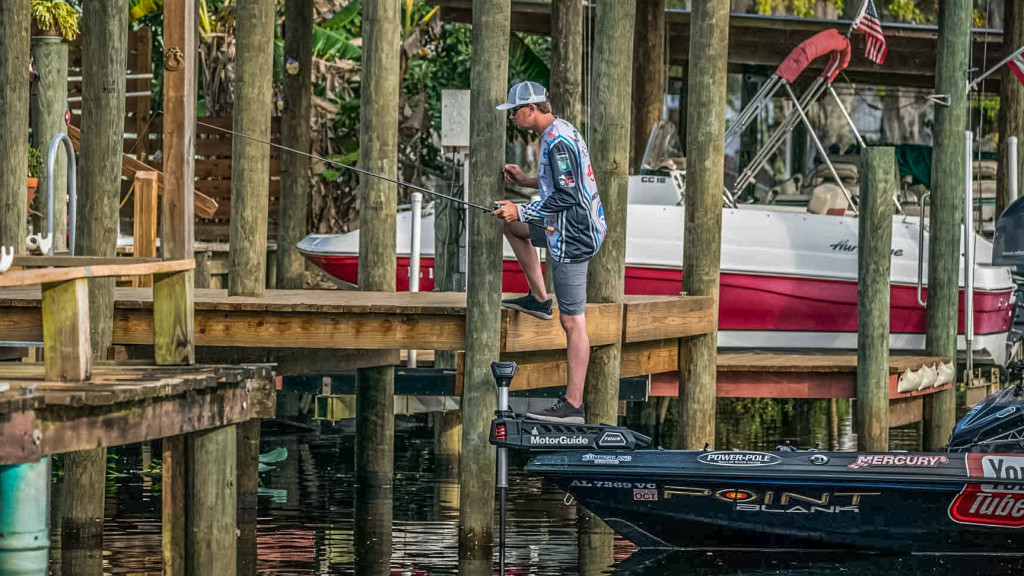 The St. Johns River is fishing tough, and while weights were down across the board on day one of the Toyota Series Southern Division opener, the top five found a way to get the job done with some impressive stringers of big Florida bass.

Trevor Fitzgerald, who leads the tournament with 21 pounds, 2 ounces after day one, found success junk-fishing on a body of water he knows well. Confronted with dirty, low water, the local stick relied on experience to find some fish on beds and shell beds, both up shallow and a little farther from the bank.

While Fitzgerald did a little bit of everything on Thursday, the rest of the top five collectively did as much or more. Here’s a look at how things went down on the St. Johns for the anglers filling out the other top five spots on the leaderboard. 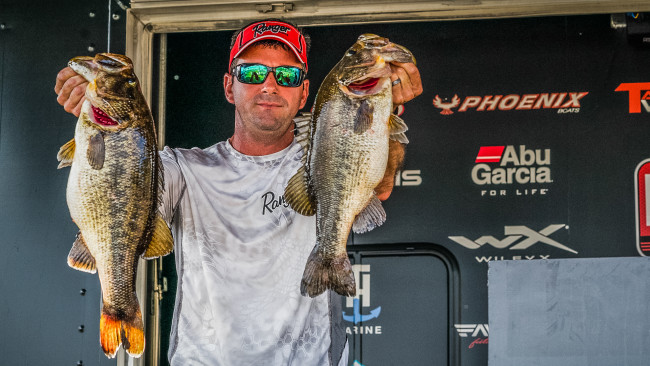 Sitting in second place and just 7 ounces off the lead in a tough tournament would lead almost any angler to be a little secretive about what got them to that point. Michael Conley is no exception.

“These fish are just prespawn fish, but they’re very, very specific to where they are,” he says. “Once I realized that, that’s what kind of helped me catch a couple.”

Conley had to run a long way to get to the juice, but his shortened day – with an even longer return trip thanks to wind – was worth the extra fuel. He got his first bite by 9:30 or so, and “things just progressed from there as the weather warmed up.”

While Conley is understandably tight-lipped about his specific pattern, he’s still not confident what he found on day one can hold up into the weekend.

“I don’t know if I can catch them tomorrow, but I’m going to try.”

As for how he plans to catch them, Conley says it’ll be with a soft-plastic bait, but he didn’t want to get any more specific than that. 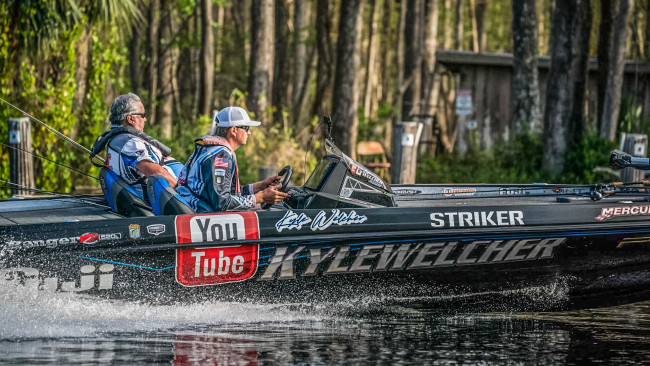 One good spot made Kyle Welcher’s day one, and it’s a spot he wasn’t really leaning on heading into the tournament.

“My first five stops I didn’t get any bites at all, and then I pulled into a little bit of a backwater, and in between 10 o’clock and 11:15 I caught four of the ones I weighed in,” he says. “All day long I went and ran backwaters and caught one more.”

Despite that spot being so good, Welcher doesn’t plan to return to it on day two.

That game plan is going to involve quick decision-making on the fly based on water levels and current. As Welcher says, there’s enough change in water level right now to significantly alter how fish are positioned.

Welcher was looking for fish on beds today, but low water levels simply have fish positioned offshore and not yet ready to move up. Still, a couple of the fish he weighed in on day one were ones he caught sight-fishing, so he may still have an opportunity to duplicate part of his pattern.

To do his damage, Welcher relied on various soft plastics, rigged anywhere from weightless in sparse cover to Texas-rigged with a 1-ounce weight for the thick stuff. 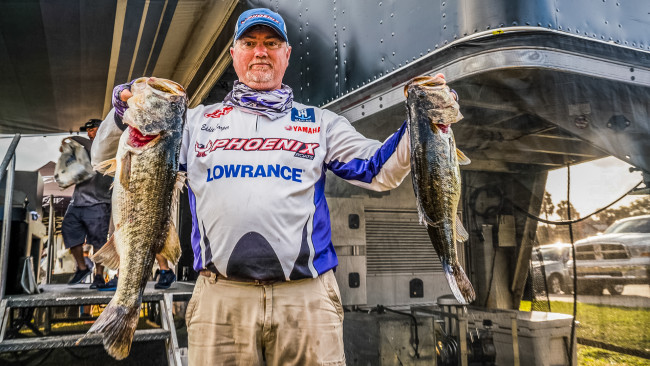 A display of good sportsmanship ultimately decided Eddie Carper’s fate on day one.

Headed to his first spot of the day, Carper saw another boat coming toward him from the opposite direction. He decided to let that angler have the spot instead of racing to beat him to it, and it was the right call for several reasons.

“I thought about it, and I said, ‘Well, I’d hate for somebody to get in front of me,’ so I turned and went to my secondary spot. I got there, and there were 3-foot rollers rolling across it, so I didn’t know if the fish would be there or not. The second cast I caught a nice 3-pounder, and it just carried on from there. I fished that place until about 10 o’clock.”

That secondary spot is an area with a long row of underwater dock pilings with a drop-off near the end. It was at that spot that Carper landed his best fish on a Strike King KVD 2.5 square-bill in chartreuse with black back. It was the only fish he landed on the square-bill, but it was the kicker he needed.

Everything else came on a Texas-rigged Zoom Ultra Vibe Speed Worm in junebug with a 1/2-ounce weight to better cut through the wind.

Carper was again rewarded for his good deed to start the day by returning to that first spot and catching a 5-pounder. He intends to work both areas again tomorrow, knowing they need to hold up for him potentially over three days of fishing. 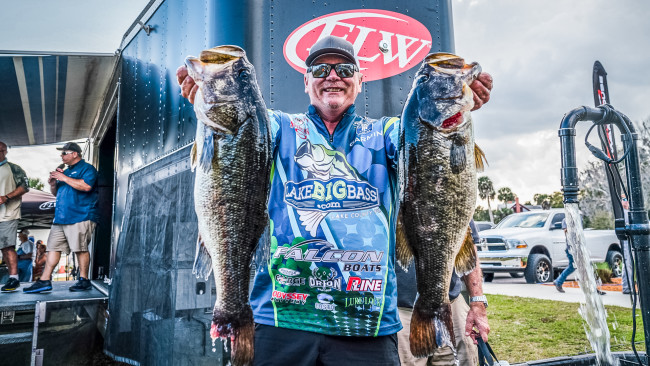 Tim Frederick read the writing on the wall and knew the dirty water in Lake George wasn’t going to be good for what he wanted to do this week. Instead, he ran much farther south – a 120-mile round trip – to find some cleaner water and some hungry fish.

“There’s definitely cleaner water down there,” he explains. “I didn’t have anyone down there as far as I went. There’s less pressure.”

Frederick keyed in on the mouths of small creeks, primarily around lily pads. Even with cleaner water, though, the bedding fish Frederick was targeting were mostly “blind fish” that he wasn’t seeing.

Utilizing a Strike King KVD Perfect Plastic Ocho in junebug and Texas-rigged on a 3/16-ounce weight, Frederick worked around pads to land his best fish. To fill out his limit, he turned to a Smithwick Devil’s Horse prop bait.

Despite more wind in the forecast for day two – which might lead to another long, rough ride – Frederick is headed right back there on Friday.