An Okeechobee Slugfest Could Happen 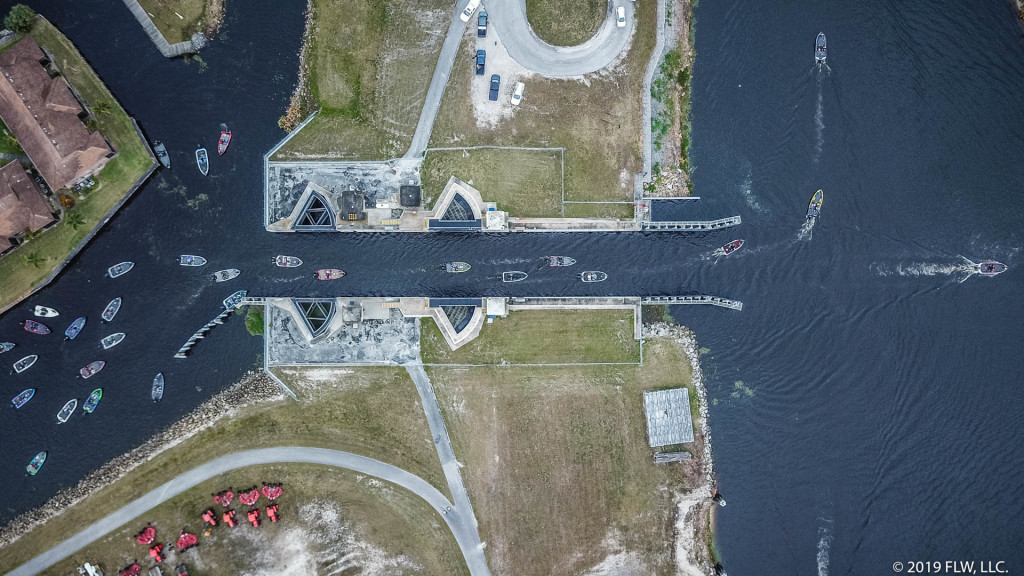 Pre-tournament optimism can be hard to find, but this year, if the weather holds, the fishing might be really good for the Toyota Series Southern Division event on Lake Okeechobee. 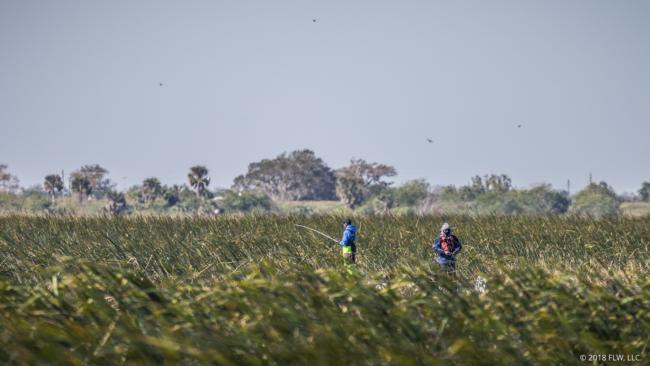 Essentially a big shallow bowl with grass around the edges, Lake Okeechobee is one of the most historic places in bass fishing. In recent years, it has routinely failed to truly show out like the old days, but conditions this time around could be better.

“From this year to last year, we’re about the same water level,” says Donny Bass, who routinely competes in FLW events in Florida. “We’re at like 12.6 feet now, which is almost identical to last year. The difference is last year we had no submerged vegetation, and this year we have a lot of eelgrass. There’s still very little other submerged vegetation, but there is a lot of eelgrass, which was a big player in the Bass Pro Tour event.” 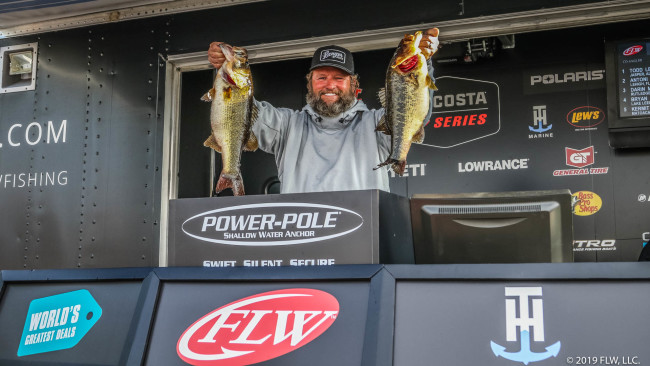 If things go well and the forecast holds, the fishing ought to be good. Unlike most of the recent tournaments in Florida, this one should actually coincide with warm weather.

“We’ve had a lot of little tiny waves of spawners, but we haven’t had that major push – a big wave,” says Bass. “If I was to bet, I’d bet it might be really, really good; maybe the best we’ve seen this year.

“I feel like every Thursday or Friday we’ve had a cold front for the last two months,” adds Bass. “They’re not hanging around. I don’t know if it’s the lack of vegetation or just the weather. We’ve got a mild little cold front coming in, but it’s not very big, and then it’s going to be pretty stable leading up to the event.”

Bass says that due to the current makeup of the lake, which changes a lot year to year depending on the vegetation, the north end is the place to be.

“We’ve had a lot of north winds, and that trashes the south end,” he says. “The south end lost a ton of the hard walls [of cattails]. So, there’s less to protect it down there. The water down there has stayed muddy all year.

“If I had to bet, it’s going to be another north end deal. Those cattails that Taylor Ashley was throwing a swim jig around when he won down there in 2017, they’re all gone. So, the south end is real finicky now.”

For a winning weight, Bass thinks that tough fishing could produce a total of around 57 or 58 pounds.

“If the weather holds out, and if it’s good, you could add 10 pounds to that,” says Bass. “It’d take at least 20 a day if it’s good. March and April tend to be the best two months on Okeechobee if you ask any local guy. We get our biggest spawns in April, and they tend to not leave as easy because we start getting a bluegill spawn.”

So, cross your fingers the weather holds. If it does, it could be a fun time down in Florida. 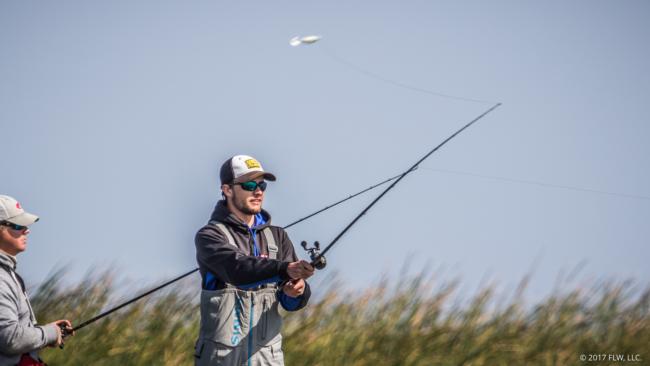 If it works in Florida, it works at Okeechobee. All sorts of soft baits and skirted baits will be in play come derby day. One of the main questions ahead of each event on Okeechobee is what way the techniques will lean – casting or flipping.

“I’m a big-time flipper. That’s pretty much what I do,” says Bass. “I learned from Brandon McMillan. He pretty much showed me the ropes. The last few years, the casters have won more than the flippers have. So, if I had to bet, it’s going to be more of a casting deal.

“Something like a Gambler Burner Worm or a swim jig would be the deal,” says Bass. “The flipping bite has been tough, and the few mats we have only have about 6 inches of water.”

From a standpoint of fun, it’d be hard to beat a winding bite on the Big O. Some of the most epic tournament footage of all time has come about from just such a bite.