It’s tougher today, but Smith is figuring it out 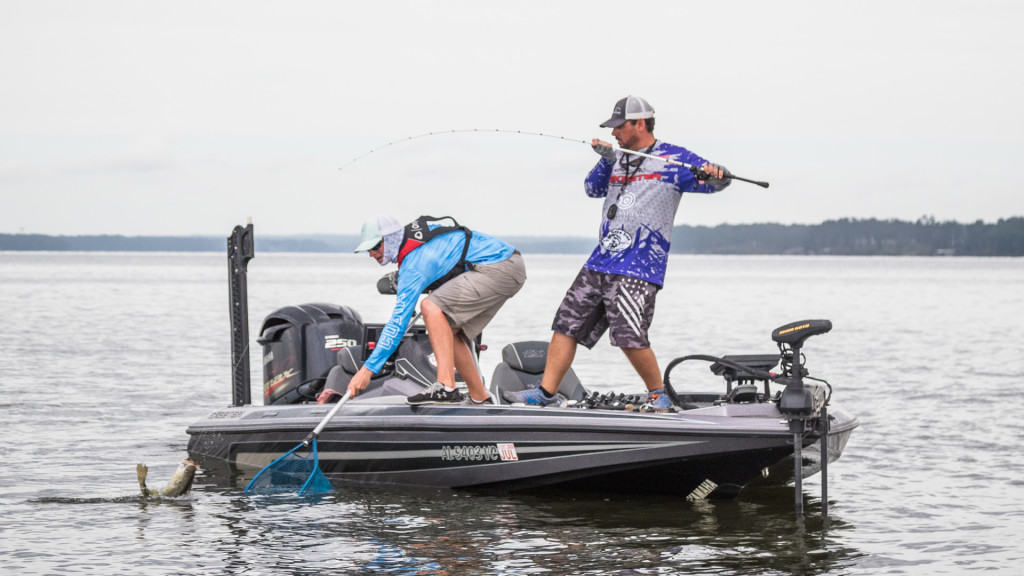 For the first two days of the Toyota Series Southeastern Division event at Lake Eufaula, the early morning bite was key for many of the top pros. It was almost common to hear comments from the top 10 anglers about catching 15 to 20 pounds within the first hour.

Today, that’s changed. The first two hours of the day were actually pretty tough. There were some limits caught, but nobody lit up the leaderboard.

And then Michael Smith got dialed in. The Andalusia, Ala., pro has led this tournament for two days while accumulating a 50-pound total. Today, he’s trying to put away the wire-to-wire win. Early on, it was Smith’s co-angler, Cal Culpepper, who was doing work. Culpepper had a 4-pounder and three other keepers in the livewell, and Smith had only three small fish. At around 9:15, the pro leader got on track, quickly added a pair of 4-pounders to the livewell and then followed up with a bigger kicker that will make him very hard to catch.

Elsewhere, pros are dealing with the effects of heavy cloud cover today. The overcast conditions have the bass roaming, instead of schooling together on ledges or brush. The bite is very sporadic. Most of the fish we saw caught this morning bit Texas-rigged worms, Carolina rigs and drop-shots. The moving baits aren’t producing.

Second-place pro Scott Montgomery had a small limit by lunch and was culling. Bryan New, in sixth, had a small limit, too. His co-angler, Joseph Chilcott, had four keepers and was working on a decent bag.

Austin Lang is hoping to move up from eighth place. He and co-angler Daniel Corkern Spot-Locked on a shell bed first thing this morning and hadn’t left it at 10 a.m. They had a school fired up. The problem is the fish there aren’t big. Lang reported a 16-pound limit. By now, he’s gone head hunting to try and catch a kicker. Kacy Mims caught his fourth keeper at around 11 a.m. Co-angler Chuck Laslie, fishing with Mims, had a limit.

Finally, we caught up with Josh Butler at about 11:15. Butler had a big day yesterday, but today had only managed about 16 pounds when we saw him.

This is Eufaula, and all it takes to make a big move up the leaderboard is one school to slide up on a ledge or into a brush pile and start to feed. If it happens for Smith, he can put this event out of reach. If it happens for one of his competitors, someone could still steal away the win.