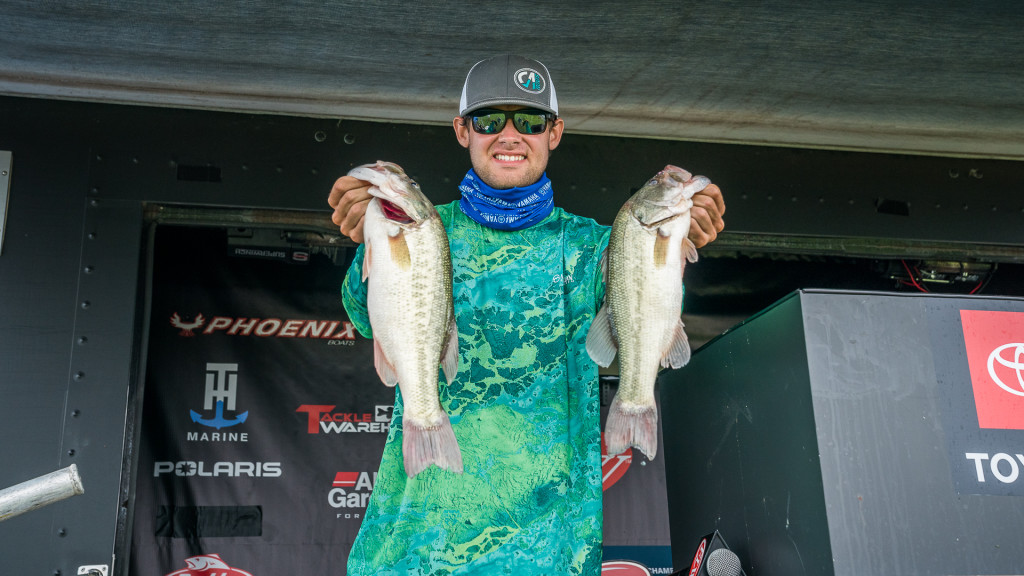 Cal Culpepper of Hamilton, Ga., won the co-angler side of the Toyota Series Southeastern Division event on Wheeler Lake in impressive fashion. In three days of a tough tournament, Culpepper sacked up limits of 11-11, 5-11 and 11-7 from the back of the boat for a three-day total of 28 pounds, 13 ounces. For his win, he takes home a fully rigged Phoenix bass boat.

“This win helps a little in getting over my runner-up finish at Lake Eufaula, where I came in second because of a dead fish penalty,” Culpepper says. “That one stung, and I came here on a mission to redeem myself.”

During the week, Culpepper fished just one bait: a Texas-rigged Yamamoto Senko (green pumpkin) on a 5/16-ounce weight. He fished the Senko on a 7-foot mag heavy Castaway rod with 15-pound-test fluorocarbon line.

“I’ve learned when fishing as a co-angler in these things, you have to find one bait you’re comfortable with and just go with it,” he says. “I used a drop-shot the whole time at Eufaula and here it was the Senko; it clicked for me the first day and I never put it down.”

Culpepper found the Senko to be extremely versatile at Wheeler.

“The first day, I cast it around grass,” he says. “The second day, I flipped it around wood. Today, I fished it in lily pads. No matter where my partners went or what they did, I could make it work.” 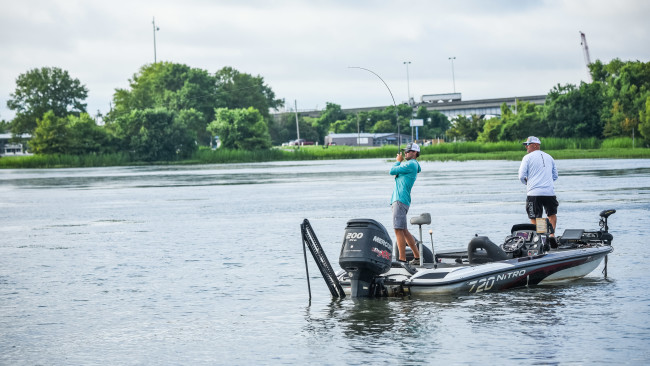 Culpepper, who is a 20-year-old marketing student at the University of Montevallo, was extremely complimentary of his pros each day. During the week, he fished with James Johnson, Andrew Nordbye and Lynn Johnson.

“All these pros out here are extremely supportive of the co-anglers,” he says. “They are courteous, respectful and most of all safe. I can’t thank them enough for letting us in their boats and teaching us the ropes of this sport.”

As an example, Culpepper pointed to his final day pro partner Lynn Johnson. 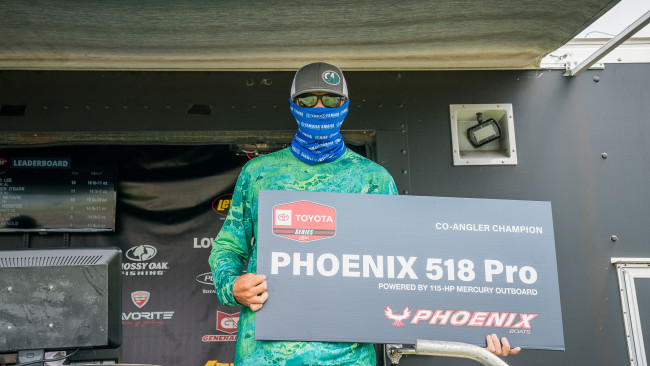 “At first, he was headed all the way to the Elk River in this wind and it was going to be a rough boat ride,” he recalls. “At the spur of the moment, he said it might be a safer idea if we stayed closer. He said something about fishing lily pads and I told him I caught some out of pads this week and would love to fish them some more. We sort of put our heads together and began thinking where we might find some pads to fish. Then he ducked into this calm creek that was full of pads and we had a blast catching fish.

“If he hadn’t done that, I might not have won the tournament,” he adds. “Lynn is the type of pro that keeps this sport thriving, and the Toyota Series is full of great guys like him.”