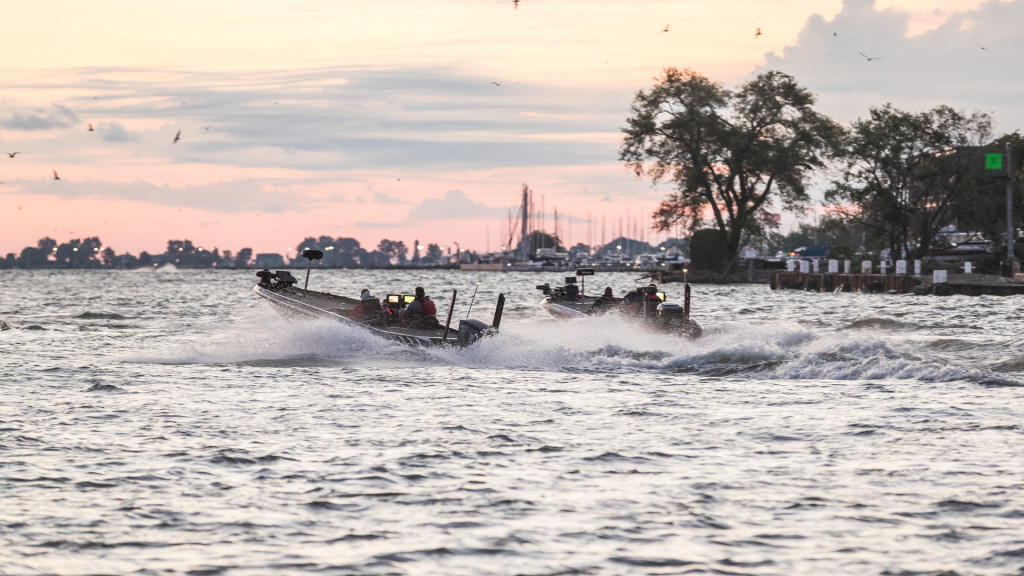 The Toyota Series Northern Division is going out of Sandusky Bay on Lake Erie once again. This week’s event takes place on August 18-20, and it is the second stop of the Northern Division. Like the last event out of Sandusky, Erie is in play, as well as the Detroit River and Lake St. Clair, with all Canadian waters being off-limits to fishing. 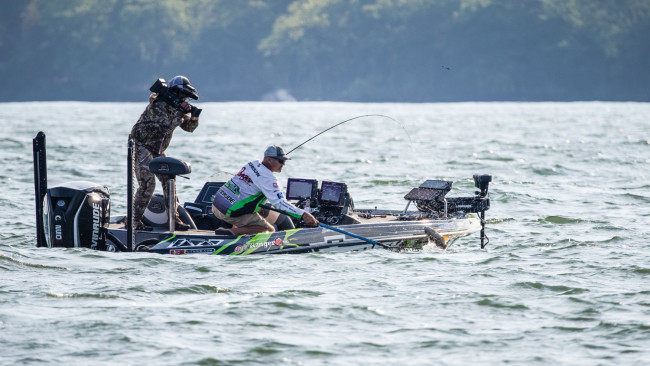 Adding to the data

At this point, after a weekend with two Phoenix Bass Fishing League presented by T-H Marine events on the Detroit River and last week’s Tackle Warehouse Pro Circuit Super Tournament, there’s a pile of recent data on the bass within reach of Sandusky. The simple fact is that the best fishing for smallmouths is a long way away, and that the smallmouth fishing near Sandusky is good, but not spectacular. Both near and far, folks can catch largemouths for a check, but you’re going to be hard-pressed to win with them.

The fishing over the weekend was good, with Kyle Gelles and Heath Wagner both topping 20 pounds to win the BFL events. The first event, on the 15th, was particularly good, with seven pros weighing more than 20 pounds. Of course, both those events went out of the Detroit River, and the results showed – Wagner won in St. Clair and Gelles fished near the river mouth to take down his win.

This week, the Northern Division pros will get another crack at solving the puzzle. It’s likely to look fairly similar to last week’s Pro Circuit event, but probably better than the first Northern Division event of the year, when the smallmouths were almost immediately postspawn. 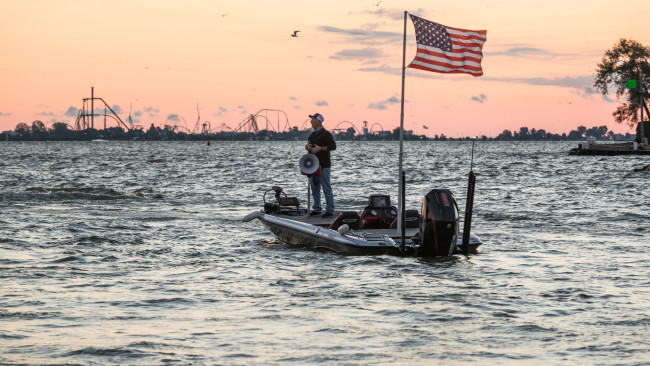 Always a factor on the Great Lakes, today’s wind situation is pretty blustery, with 10 to 15 mph winds out of the north. That’s going to make moving around on Erie very challenging, and it could be especially tough on anglers looking to run to the Detroit River. 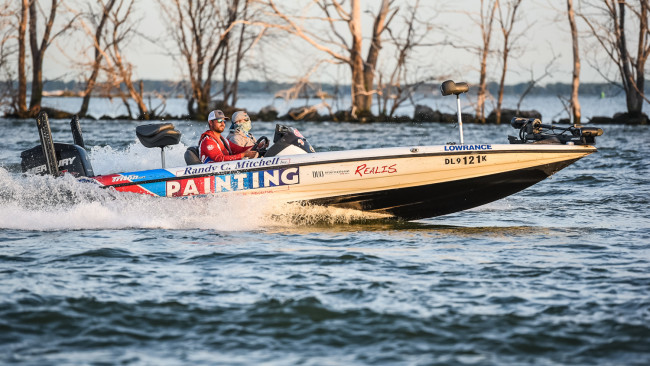 Which water to run to

One of the most consistent performers in the BFL events over the weekend, Pat Upthagrove is a Michigan angler dead set on heading to the Detroit River, though today’s wind may make that a challenge.

Signing up just before the event when he judged the weather good enough to run to the river, Upthagrove thinks it’s the place to be.

“Erie was good for a few, but even the top guys struggled to get a limit every day it seemed like,” he says of the Pro Circuit event. “There were a number of guys that had a couple good days and then didn’t get a limit. I did the last Toyota Series here, and I struggled on Erie. I should have run to the river last time, so I’m gonna run.”

Though Upthagrove is committed to the river, Lake Erie impressed last week, and Kurt Mitchell says that it’s actually better now than it was then.

“I’m going for smallmouth here in Lake Erie,” says Mitchell. “Believe it or not, the bite is better out there now than it was a week ago. I don’t know how, but I’m going places where I wasn’t getting bit at all last week and getting bit. I can’t believe it, it really doesn’t make a lot of sense.” 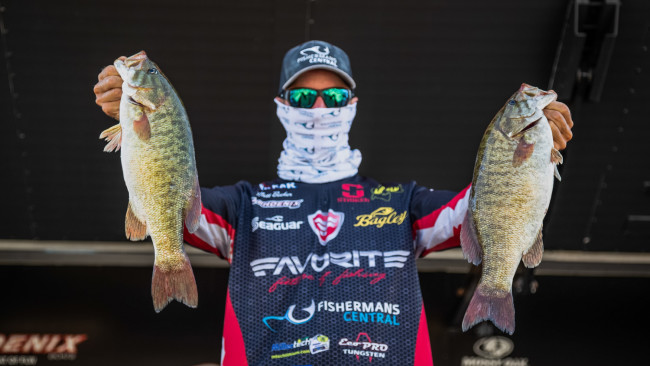 Get ready for another round of smallmouths

Though some checks are sure to be cashed on largemouths, that’s unlikely to the be winning pattern. Sure, it could lead to valuable points toward making the Toyota Series Championship, but it’s almost certainly going to take brown to win.

“You might see someone top 10 with largemouth, but these smallmouths are big, a largemouth guy can’t catch 20 pounds,” says Mitchell. “I think 20 pounds a day will do it, someone will have between 60 and 63 pounds to win.”

So, buckle up for another week of high flying, big water smallmouths.