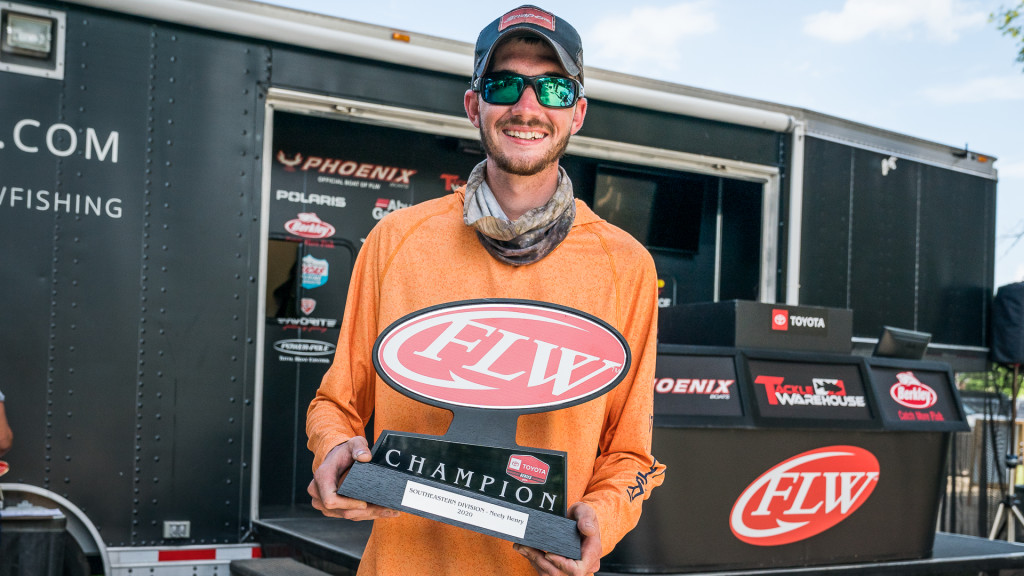 Kyle Owen of Bradenton, Fla., won the co-angler division of the Toyota Series Southeastern Division event on Neely Henry with a three-day total of 23 pounds, 4 ounces. For his win, Owen takes home a new Phoenix bass boat and a 115-horsepower motor worth $33,500.

During the week, Owen fished with pros Harry Moore, John Duvall and Mark McCaig to catch weights of 7-12, 8-0 and 7-8 respectively.

Owen switched between two primary baits during the event: a Gambler Stinger with a 5/16-ounce weight and a Yamamoto Senko in green pumpkin candy with a 3/16-ounce weight. Both lures were pitched on 20-pound fluorocarbon in shallow grass and shoreline cover.

“The Stinger was my go-to bait,” Owen says. “It’s a creature-style bait from Gambler and if my pros were fishing topwaters or moving baits, I went with the Stinger behind them. But if my pro started pitching a creature bait too, then I switched to the Senko with a lighter weight to give the fish a little different looking profile than what my pro was throwing.”

For his win, Owen takes home a brand new boat.

“To win this boat is unbelievable,” Owen says. “I’ve got an older model year bass boat at home, but recently I have been looking at new Phoenix boats, wishing I could get one – and I just won one! This still hasn’t really sunk in yet.”