How the rest of the pack is catching their bass 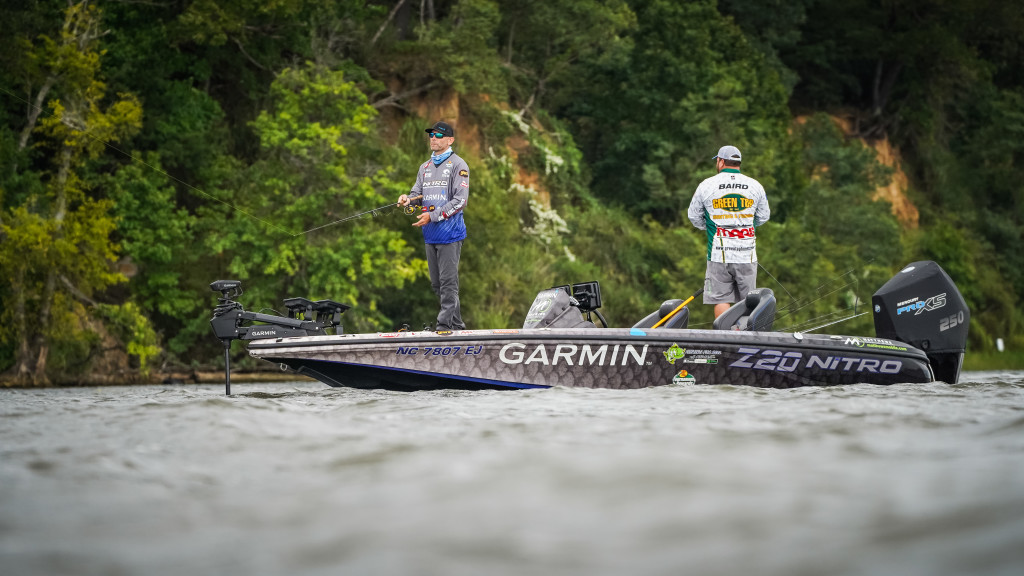 It hasn’t been easy going on the Potomac River for the Toyota Series Eastern Division event, but after two days the top 10 pros have dialed the river in enough to make championship Saturday. Wayne Vaughan still leads after two days, and even though he’s got nearly a 5-pound lead over second, the rest of the top pros aren’t willing to give up that easily. Saturday’s final round will feature drastically different weather with sunshine in the forecast and with it being a weekend there will be plenty of people out enjoying the resource.

So, it may look like a one-horse race, but anything can happen on a fishery with 4-, 5- and even 6-pounders. 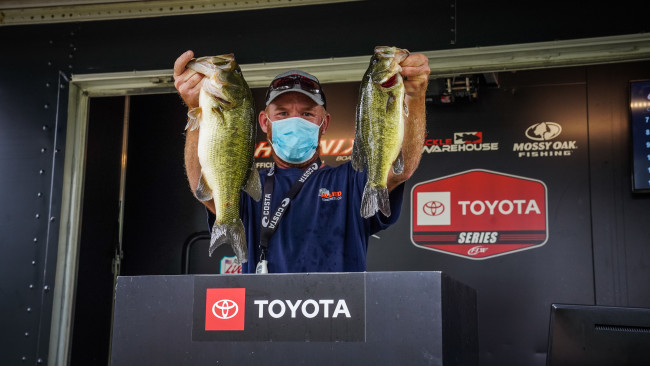 The award for most consistent angler thus far certainly goes to James Maupin, who’s weighed limits of 13 pounds, 4 ounces and 13-10 on days one and two. His program is solid, but Maupin thinks the weather has had a lot to do with his success.

“I think the rain and the clouds helped me out,” Maupin says. “I’ve caught most of my fish on moving baits – like ChatterBaits – stuff like that. But I’m fishing grass like everybody else. I’ve got a handful of areas from Mattawoman to Aquia. Wherever I see grass I pull over and mess with it a little bit.”

Tomorrow’s sun is something that you’d think could hinder a bite like Maupin’s, considering he’s had decent success the last two days in overcast conditions. But Maupin is hopeful for his bite tomorrow.

“I think tomorrow it’s going to be good for me in the morning,” he says. “I’ve had a limit early both days by 8 or 8:30. So, I think I’ll catch a limit early and then I’m going to try for some of the fish I saw chase my bait today. I could have had a big bag if they ate.”

While Maupin is going to give it his all to try and win, he’s also relishing the fact he’s made his first major cut in an FLW event. 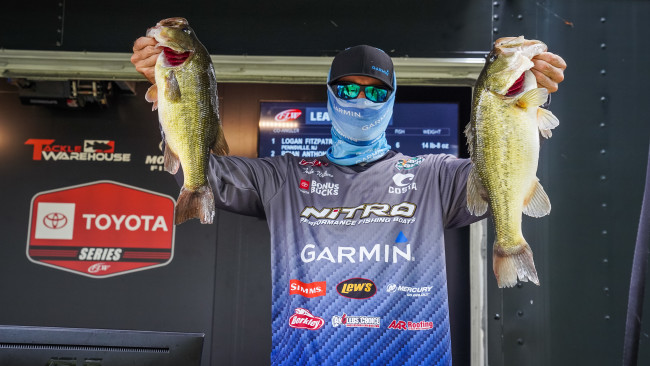 Todd Walters isn’t letting lack of experience on the Potomac hold him back this week. He’s put together limits of 10-8 and 16-5 to move into contention for the win on Saturday.

“This is only my second time on the Potomac River,” Walters says. “I fished a [Phoenix Bass Fishing League] Regional here last year, but I grew up on a river and fished rivers up north, which are different and aren’t tidal, but the fish still relate to current and a bass is a bass.

“I stumbled a little bit the first day and I think that’s ultimately going to kill me, but today was much, much better," says Walters. "They’re biting early and they’re biting late and there’s a very long lull between the two.”

Without much tidal experience, Walters isn’t trying to work with the tides. Instead, he’s got a few areas that he knows have fish and he’s camping on them until they bite.

“I don’t think these fish are relating to the tide based on where I’m fishing,” he adds. “I went in an area late yesterday and caught my best fish where I had only caught them in the morning. I went there late today and caught a 4 and a 4 ½. The tides were different yesterday and today, so hopefully I can grind it out and suck it up for 6 hours when they’re not biting and catch some early and few good ones later in the day. But, it’s Saturday tomorrow and there’s going to be a lot of boat traffic and recreational fishermen, so we’ll see.” 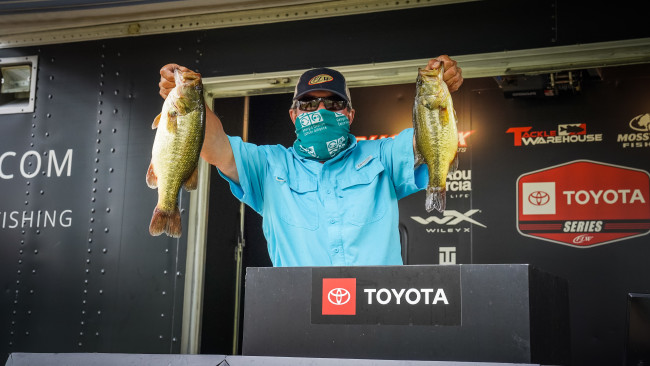 Moving up one spot from yesterday, Kirk posted an 11-6 limit to keep himself inside the top five, though it wasn’t without making a few adjustments.

“I moved off of my main area and culled a couple because we’ve beat them fish up in the main area I’m fishing,” Kirk says. “I didn’t have any wind on my spot today, so I didn’t get a bigger bite this morning and didn’t have as good of a catch today.”

Targeting grass, Kirk is using a handful of moving baits to focus on a pretty specific chunk of the river.

“I’m catching them on a lot of different baits,” Kirk says. “Spinnerbaits, jerkbaits, Pop-Rs and worms. I’m just beating them to death where I know there’s a few. But it’s not over a hundred-yard stretch where I’m catching my fish. I’m going to start there tomorrow to try and get a limit and then move off. Tomorrow I’m going to have some wind and I’m going to move around some. I’m 6 pounds out of first, so I need a good bag tomorrow.” 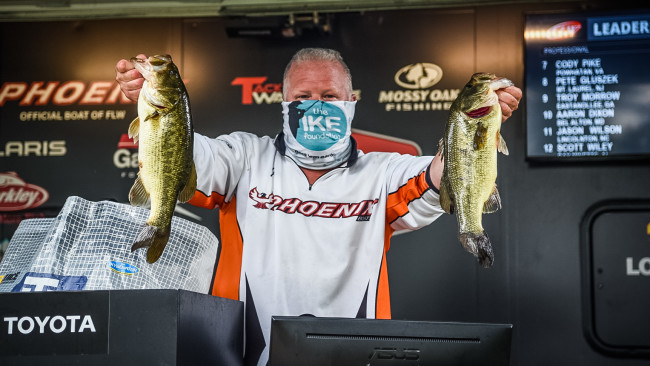 With 17 career BFL top 10s on the Potomac and the Chesapeake Bay, it’s no shock to see Joseph Thompson competing on Saturday. The Pennsylvania pro has strung together two nearly identical days of fishing, but he’s going to need some real fireworks to have a shot at his biggest win yet.

“The first day I caught 22 fish and today I only caught five,” Thompson says. “The water got muddy overnight because of the storms we had and the area I was fishing got really muddy and I had to grind for them. Then I made about a 35- to 40-minute ride with hardly no time left and flipped a mat and caught No. 5.”

Decisions like that can make or break a day, and they come easier for someone like Thompson who knows the river so well. With years of experience on the Potomac, Thompson is planning to stick with what got him this point.

“Right now I plan on running the same program, however, there’s going to be a lot of local pressure tomorrow so I’m going to expand on my main area a little bit. I don’t think I hurt the fish there much today because it was so muddy I was lucky to catch the four I did. I’m hoping it cleans up just a little more for tomorrow.”