Vaughan Cruising at the Potomac

Virginia pro on the verge of second Toyota Series title 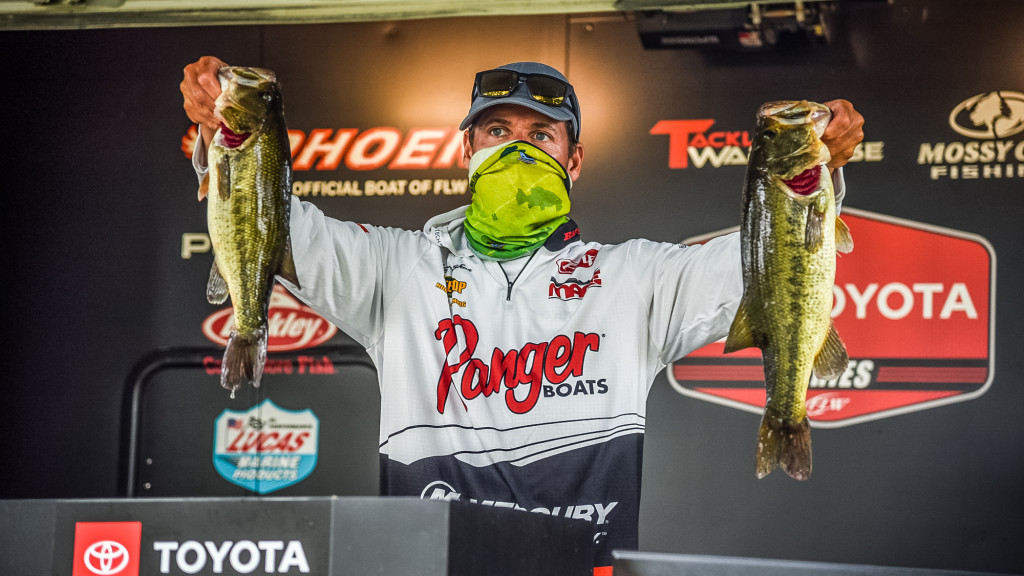 After taking the lead on day one of the Toyota Series Eastern Division event on the Potomac River with a 17-pound limit, Wayne Vaughan wasn’t sure he’d even be able to catch a limit today. Turns out he was more than capable as he put together a limit worth 14-10 to move his total weight up to 31-10 and put him in position to take his second Toyota Series title in as many years.

On paper, it seems like Vaughan is having no trouble catching fish, but the Chester, Va., pro says the reality is quite the opposite.

“I’m being 100 percent truthful when I tell you that catching a limit out there isn’t the easiest thing to do,” Vaughan says. “It’s fishing the toughest I’ve ever seen it fish before. But the weights are actually better than I expected to see, but we’ve had two good days for fishing. We’ve had overcast days with no people around to really speak of. Tomorrow there’s another tournament going on and there were some guys following me around, so we’ll see what happens.”

With a local tournament taking place Saturday, Vaughan and the rest of the top 10 are a bit wary about how the day will go – especially with the river fishing as tough as it is. The other curveball is the weather. The first two days have been cooler, rainy and cloudy. Tomorrow, the sun is supposed to shine and that could shut things down.

“Every day we practiced it was sunny, calm conditions and it was tough,” explains Vaughan. “We’ve been out there for two days now and if I had to guess I’d think it’ll probably tighten up a little bit, but somebody is going to catch them.” 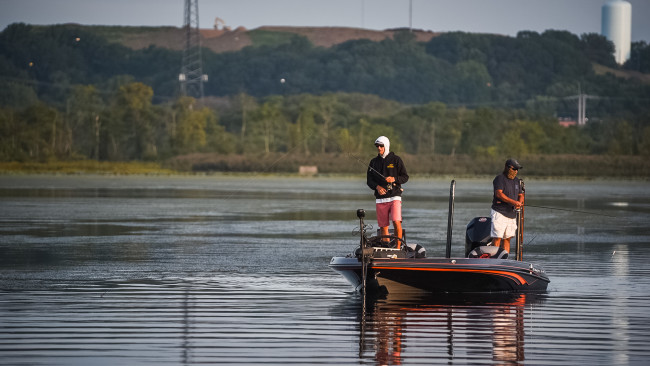 Vaughan continued his game plan of running hard cover and weed flats today and while he has vast knowledge of the Potomac, he feels confident in just a few areas that have got him this far.

“I don’t have a whole, whole lot,” Vaughan says of his places to fish. “I got to rely on what I got. I’ve got one other area that I didn’t fish today, but I don’t feel like there’s a ton of bass there.

“Where I started this morning, it was no good. I left and ran a couple other spots and got myself to about 12 ½ pounds. I went flipping around from there and that didn’t go all that well, and then I went over to the area I caught that big fish yesterday and was able to cull twice. But, I leaned on ‘em pretty hard.”

With a decent lead and one more day separating Vaughan from his second Toyota Series title, he’s not ready to celebrate yet. Vaughan won his first Series trophy last year on the St. Lawrence River and would love to taste victory again, but understands there’s still work to be done.

“I’m a firm believer in these things man, you got to get yourself there and if it’s meant for you to win, you win ‘em,” he says. “They’re so hard to win. Any of them. I don’t care if you’re fishing a local tournament against buddies of yours, tournaments are just hard to win. I don’t take any of them for granted. It’d mean a lot to me to win here close to my house and on a body of water I like a lot. But I got one more day. It’s not over yet.” 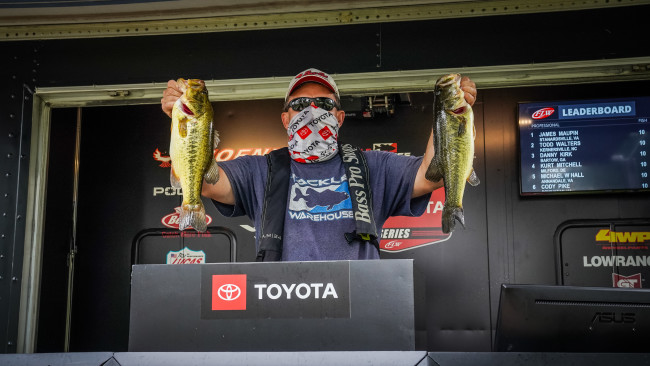 Making his third top 10 on the Toyota Series in 2020, James Roten is looking to finally put his hands on the big trophy. Paired with pro leader Wayne Vaughan tomorrow, Roten will certainly be around fish and likely the quality of fish he’ll need to secure a title. After two days his total weight for the weeks stands at 22-13 and not only does Roten hold a 2-5 lead over second, but he’s also the only co-angler in the top 10 to post limits both days of competition. If he keeps it up, he’s got a good chance of being the owner of a brand-new Phoenix 518 Pro boat.