Roten Best from the Back on the Potomac 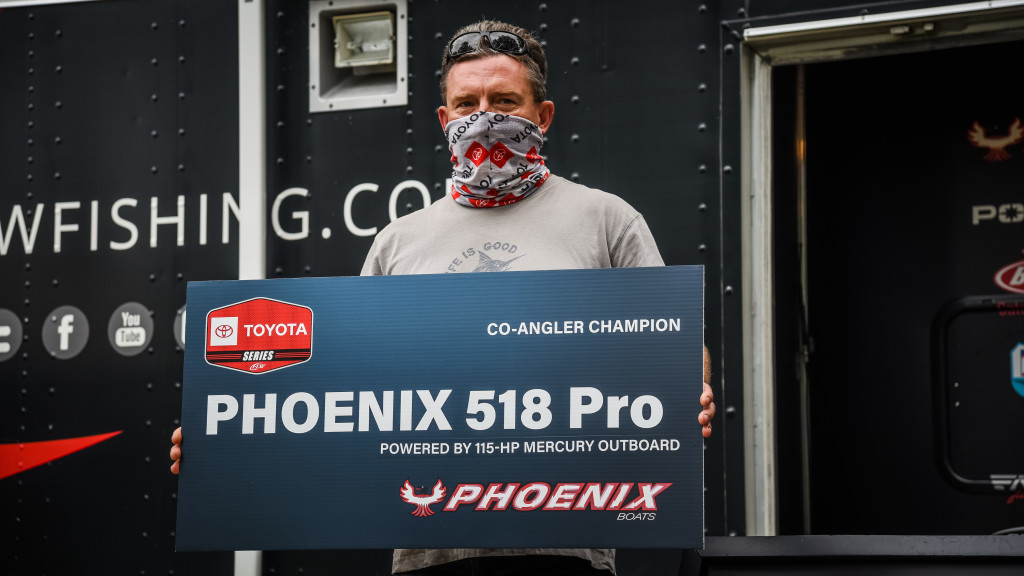 James Roten has had a phenomenal year as a co-angler on the Toyota Series. He started it off with a top 10 in the Central Division event on Lake Chickamauga back in February. Then, weeks later he finished second on Hartwell to kick off the Eastern Division. Now, the 53-year-old mechanic claimed the top prize in just his fourth Toyota Series event ever.

“I fished three [Phoenix Bass Fishing League presented by T-H Marine] events last year and made the All-American and this year is the first year I’ve fished the Toyota Series,” Roten says. “And so far, so good. I’ve cut a check in all of ‘em. I’m liking fishing FLW.”

Weighing 9 pounds, 13 ounces on day one to sit in third, Roten would sack up the second-biggest limit of the event on the co-angler side on day two. His 13-pound effort the second day slid him into the lead. Paired with Wayne Vaughan today, Roten had a tougher go – as most of the field did – but Roten’s two fish weighing 4-12 were enough to give him the win with 27-9 overall and earned him a new Phoenix boat package valued at over $33,000.

“I was panicking today, I was just blessed to get the two I did,” he says. “It feels good to win. I’ve never won one before.”

The West Jefferson, N.C., co-angler relied on several baits throughout the week. A Strike King Thunder Cricket with either a Zoom Ultra Vibe Speed Craw or Z-Man Razor ShadZ on the back was a big player. He also used a drop-shot with either a Zoom Trick Worm or Finesse Worm to entice bites.

“I thought I would eventually get the moon and stars to line up right and they finally did,” Roten says of the win. “I've got to thank my wife for putting up with my fishing all the time.”