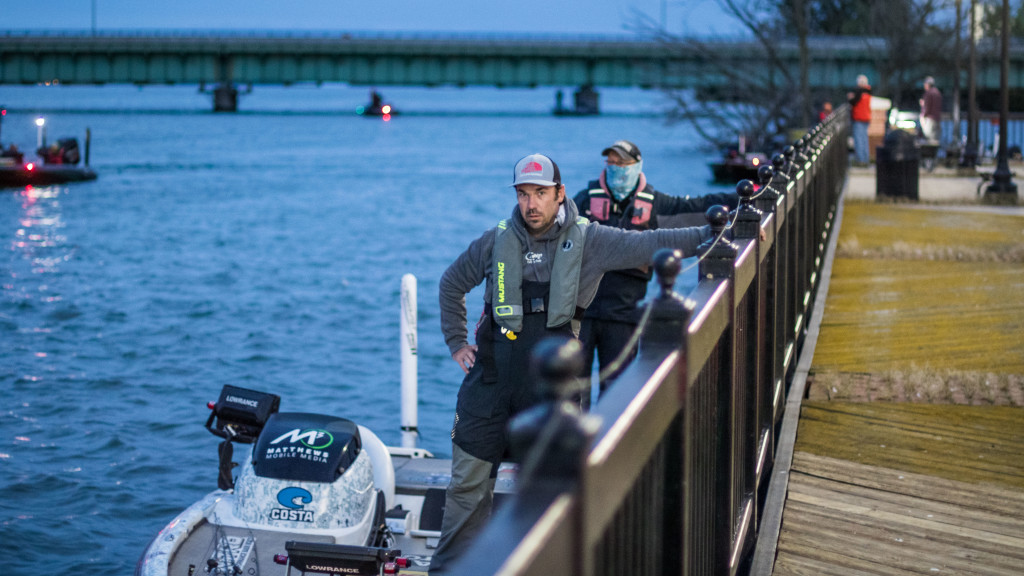 The 2020 Toyota Series Northern Division will wrap up in Trenton, Mich., Sept. 17-19, at the Detroit River. Hosted by the Detroit Sports Commission, the three-day tournament will feature the region’s best bass-fishing pros and co-anglers casting for a top prize of up to $65,000, plus a $35,000 bonus if the winner is a qualified Phoenix Boat owner.

Taking off in the Detroit River gives the anglers easy access to the river as well at Lake St. Clair and Lake Erie. The Strike King Angler of the Year will also be crowned at this event, and currently Chase Serafin and Jonathan Dietz are tied for the lead with 508 points. Behind them, Dick Parker, Kurt Mitchell and Randy Ramsey are right on their heels. 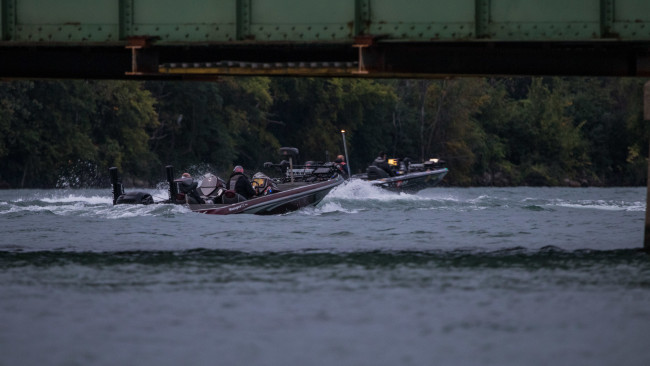 With St. Clair in relatively easy reach for the Northern Division anglers, options for the anglers abound.

“The Detroit River has gotten more pressure than normal for this time of year, especially since Canadian waters are still off limits to the anglers and they can only fish the American side,” says Major League Fishing pro Jonathon VanDam. “This is also the time of year when the smallmouth begin to migrate off Lake Erie and into the mouth of the river, so anglers will have to choose whether to make a run up to St. Clair or stay relatively close and head south to the mouth of Lake Erie.”

The migration of smallmouths into the Detroit River is cued by the presence of baitfish, and Serafin doesn’t think the time is quite ripe.

“I just started practice yesterday, but based off of history, I imagine the place to be will be in St. Clair,” says Serafin. “The migration into the river might start to be a factor, with how many cold nights we’ve had, but I think it’s a little early. I’ve done a decent amount of idling and I haven’t seen much shad yet.”

As for weights, you can bank on seeing plenty of 20-pound bags of smallmouths. It’s also pretty likely to take 20 pounds a day or better to win, but because the calendar is ticking closer to fall, fish tend to move around a lot more, so it’s not quite as sure a thing as it would be if the weather really cooled down and the leaves were falling. 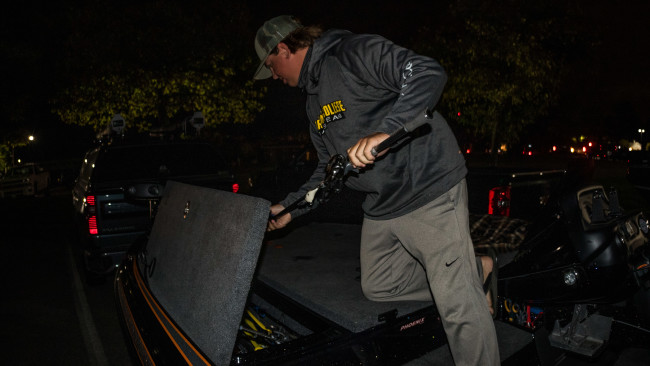 Summertime on Erie and St. Clair was dominated by a drop-shot rig, but that might change up a bit now.

“It’s getting to the fall time of year, so I think we should see a lot more moving baits, but it seems like with the wind we’ve had they are really scattered,” says Serafin. “I think we’re going to see a lot less consistency in this tournament because they’re moving so much this time of year.”

VanDam says much the same thing.

“Drop-shot rigs – I like the Strike King Z-Too – and any mid-depth range crankbaits, like a Strike King 5XD, are definitely going to come into play next week.”

Umbrella rigs, moving baits like vibrating jigs or spinnerbaits and jerkbaits could also see some play if a strong moving-bait bite develops. If not, expect to see plenty of spy baits, Ned rigs, tubes and drop-shots.

Whatever they’re biting, it should be a good week of big water smallmouth fishing.