Top 10 Baits from the Potomac

Combination of finesse and power do the job 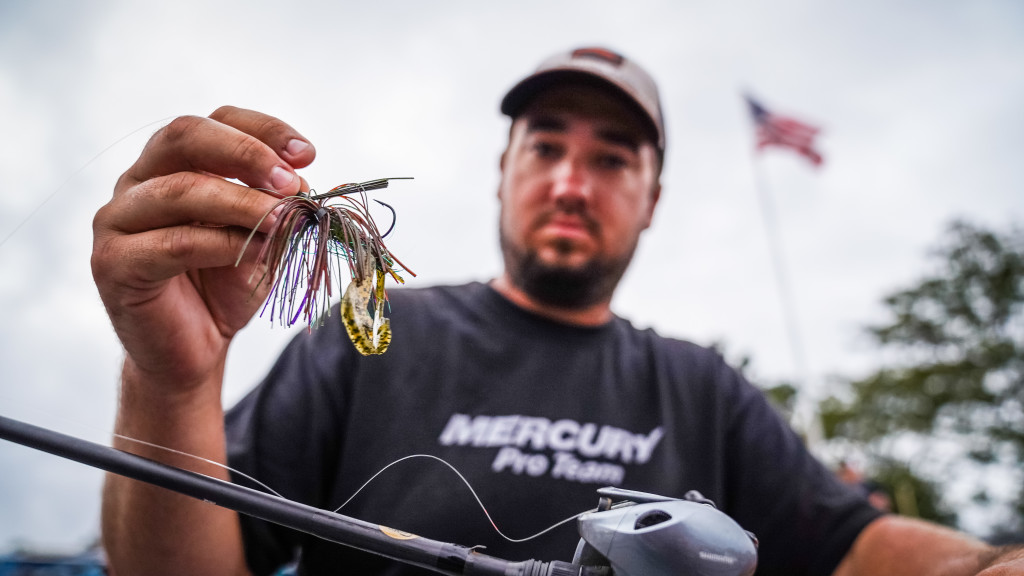 The abundance of grass on the Potomac River gave bass plenty of room to hide during the second stop of the Toyota Series Eastern Division. Some of the top 10 pros chose a power approach to cover vast stretches of grass, while others slowed down with the finesse tactics that always seem to play on the Potomac. If you’re curious about how to tackle shallow grass fisheries then give some of these techniques a look. 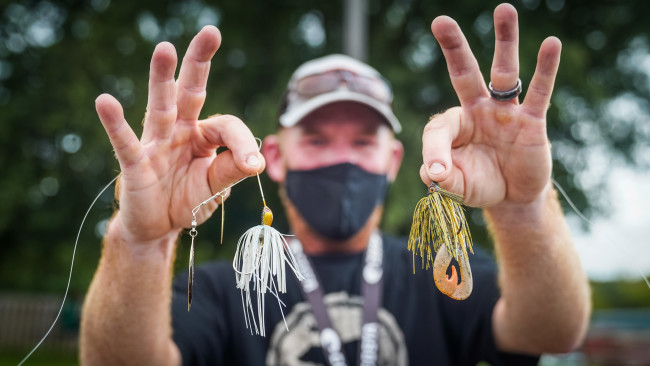 1. Cloudy conditions played to James Maupin’s advantage en route to his first Toyota Series title. He leaned heavily on a 3/8-ounce Terminator Super Stainless spinnerbait with double willow blades for the bulk of his catch. He had two identical spinnerbaits rigged on the deck, one on 15-pound-test Seaguar fluorocarbon and the other on 20-pound-test to help the bait run lower or higher in the water. When the sun popped out, he reached for a V&M swim jig with a Zoom Fat Albert Twin Tail Grub. 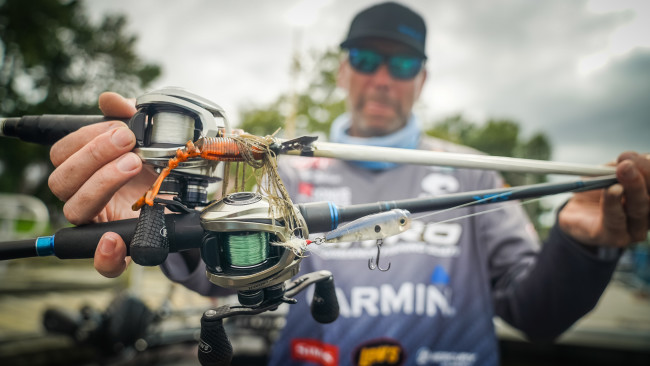 2. Todd Walters overcame a lack of experience on the Potomac by locking either a Z-Man ChatterBait Jack Hammer with a Yamamoto Zako trailer or $3.50 popper from Academy in his hand to net his 23rd top 10 with FLW. 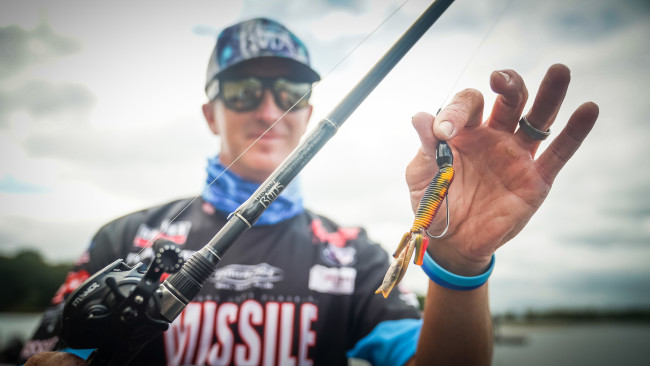 3. Tidal superstar Bryan Schmitt relied on several baits throughout the week, but punching a Missile Baits D Bomb (el diablo) was the most consistent. His setup consisted of a 1½-ounce Reins tungsten weight, a 7-foot, 6-inch Fitzgerald rod and a 5/0 Hayabusa FPP hook. 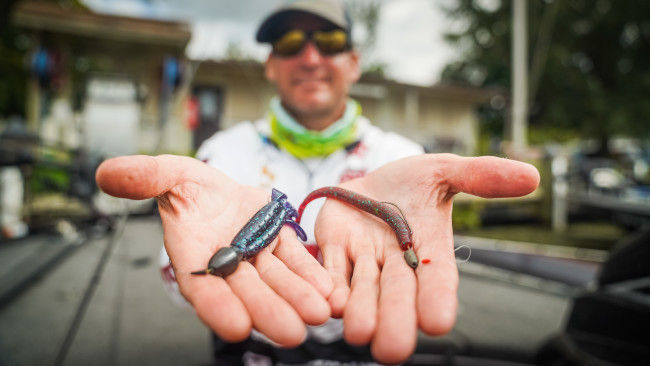 4. Targeting grass for the majority of the event, Wayne Vaughan led the first two days of the with two main presentations. Punching grass with a 7-foot, 6-inch heavy-action Cashion rod, a 2-ounce WOO! Tungsten weight, 4/0 Strike King Hack Attack hook with a Zoom Z Hog got him his bigger bites. For targeting more isolated grass clumps, Vaughan pitched a Zoom Ultra Vibe Speed Worm with a 3/16-ounce weight and a 3/0 Owner hook. 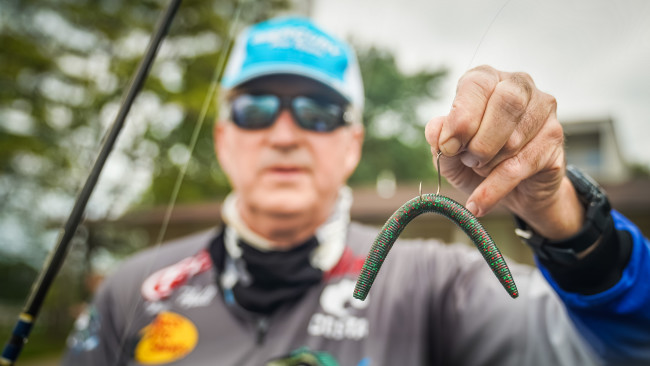 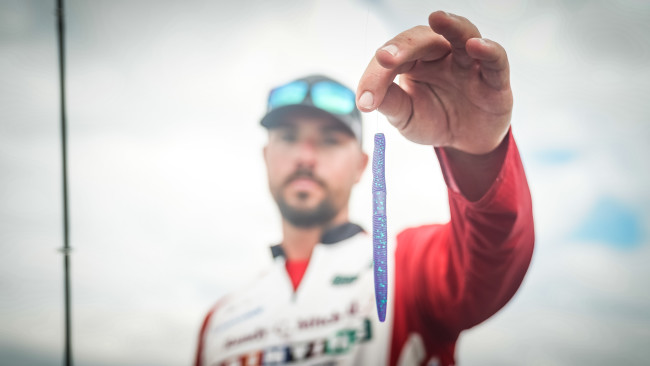 6. Kurt Mitchell has been on an absolute tear lately and at the Potomac all he needed was a weightless 5-inch Yamamoto Senko (junebug) paired with a 3/0 Gamakatsu Aaron Martens G-Finesse hook to earn his third straight top-10 finish. 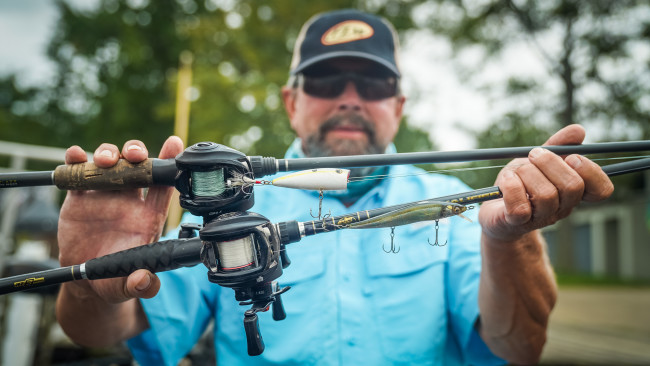 7. Danny Kirk relied on power techniques for his top-10 showing. A Megabass Vision 110 jerkbait worked on the outside edge of the grass in the morning, while a Strike King HC Splash popper got the call once the tide got higher. 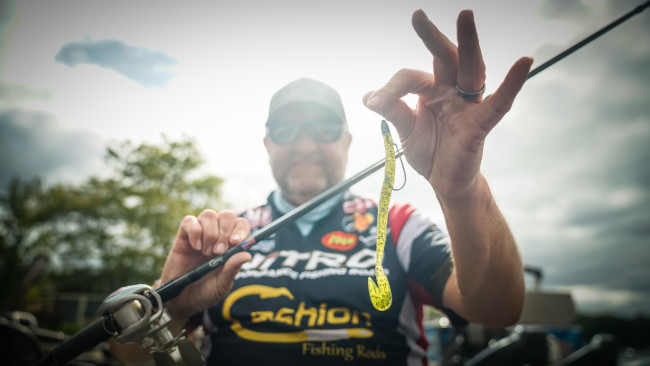 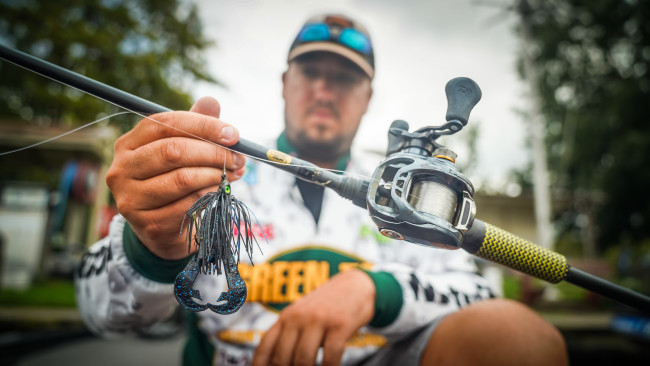 9. Cody Pike relied on a Potomac staple for his finish this week. A black and blue 3/8-ounce Dave’s Tournament Tackle Swimming Jig with a matching Strike King Rage Craw. He threw it on 14-pound fluorocarbon and a 7-foot, 4-inch Cashion Elite Frog rod. 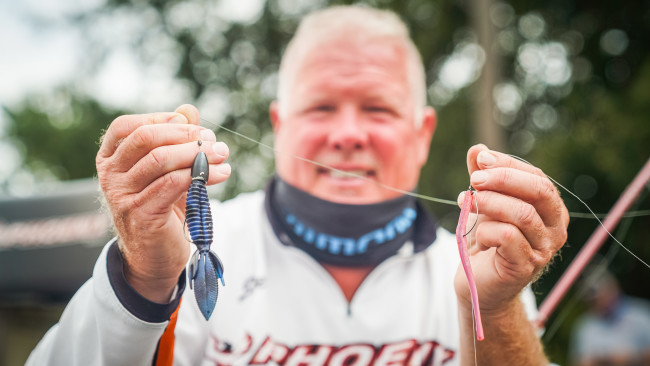 10. Rounding out the top 10 was local Joseph Thompson who utilized a two-pronged approach on the Potomac. Opting for 40-pound braid to help the bait slide through the grass better, he punched either a 1 ½- or 2-ounce weight with a 3/0 Gamakatsu Finesse Heavy Cover hook and a Reaction Innovations Sweet Beaver. For his drop-shot, he used a 2/0 Mustad hook, a 1/16-ounce weight and a Roboworm Straight Tail Worm.