Feast or famine on day one of the Western Division event 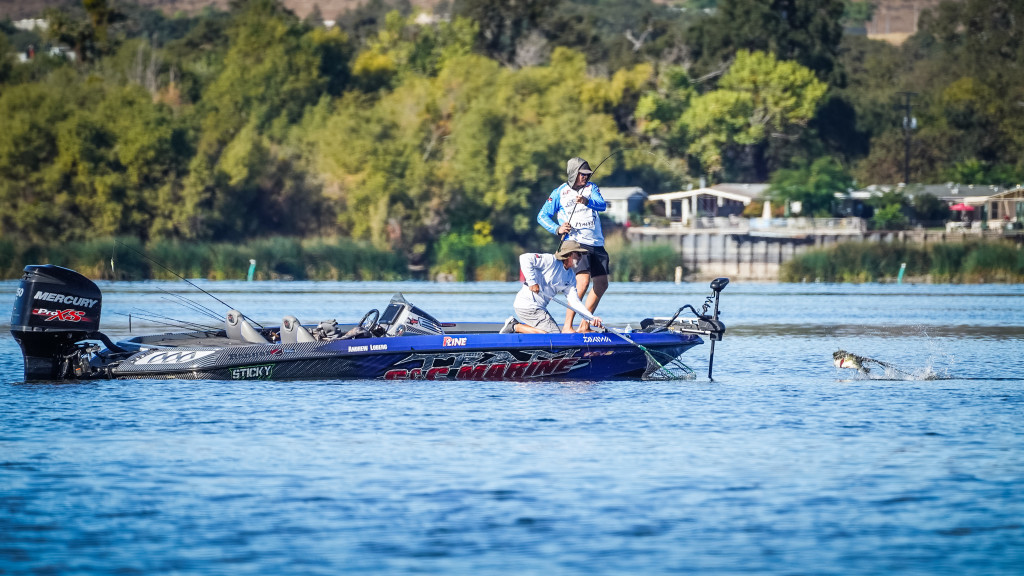 The first day of the Toyota Series Western Division event on Clear Lake started with calm conditions and pleasant weather. Some of the anglers surveyed today were struggling to get bites and others seem to have the fishing dialed in. It appears to be feast or famine so far, but there will be some solid bags crossing the stage starting at 3 p.m. PT this afternoon.

Clear Lake allows anglers to fish their strengths and that was evident today as anglers on the southern end focused on rock and main-lake points mainly with finesse tactics. Further north, it was all about grass and anglers are having success ripping reaction baits at breakneck speeds.

Closer to the launch at Redbud Park, anglers are concentrating around popular areas such as Rattlesnake and Anderson islands and spinning rods and light line are the norm. There are also less of the big bags Clear Lake is known for among this contingent and small limits are the theme so far today.

According to one of our on-the-water photographers, who went north this morning, the community holes such as Henderson are kicking out fish. He reports that six boats are currently gathered there. Included in that group is a limit of 18 pounds and another nearing 20 pounds.

It has become a tale of two sides of the lake in terms of tactics being employed as well as the catching. Another difference between the two ends is the weather as the wind is ripping in some places down south and flat clam for most of the northern end.

Blake Dyer – one 12-inch bass after two hours of fishing.

Kevin Hugo – Both Hugo and his co-angler shared that they had limits this morning.

Eslam Moursi simply replied that it was a rough start to the day.

Weigh-in starts at 3 p.m. PT and with time left to fish there should be some solid bags that represent the caliber of fish that call Clear Lake home, so make sure to watch the live weigh-in to see it all unfold.