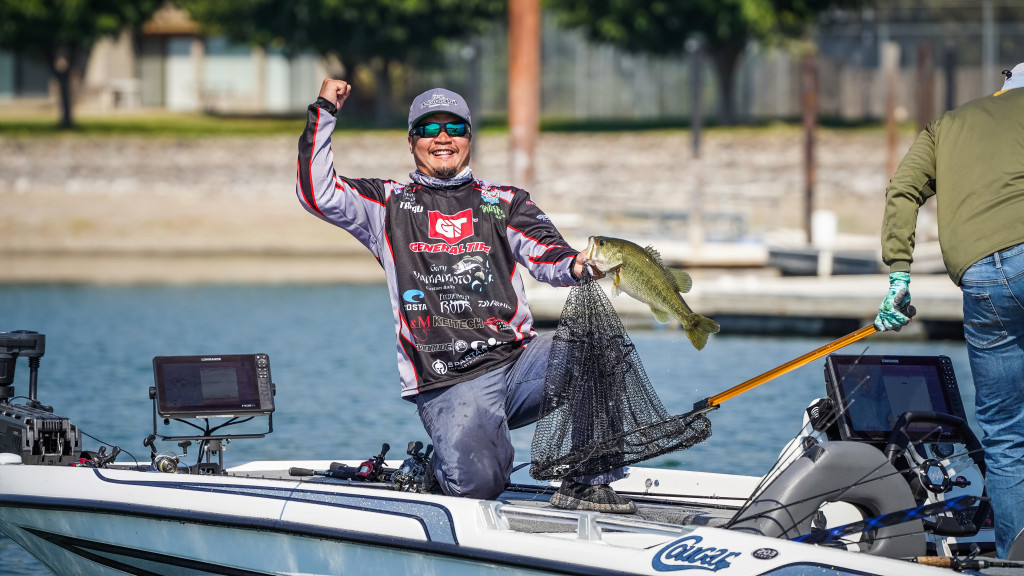 The second day of the Toyota Series Western Division event on Clear Lake began with slightly cooler weather, but it has turned into a beautiful day here in the Golden State.

Top patterns from day one

Smoke from area wildfires has started to creep back into the region, but the fish don’t seem to mind and plenty are being caught today. There are three or four community holes gathering pods of five to seven boats and are all catching fish here and there. The key seems to be patience and sticking with the plan.

That approach has allowed some anglers to weed through smaller fish as the occasional 5- or 6-pounder has been showing up, as was the case with Nick Hough as he fished around several other competitors.

Once again, there seems to be some diversity with how the anglers are catching them. One group is fishing shallow grass with lipless crankbaits. Some are fishing deeper docks with finesse tactics. Others are plying the main-lake, bigger points with a combination of jigs and finesse.

Day-one leader Tom White is off to a slow start with three keepers, but his non-boater has bagged a 5- and 7-pounder. He’s not worried as his best fishing yesterday came in the afternoon. White knows the fish are there and is sticking to the plan.

John Pearl – With a very quick limit to start the day, they are “little, little ones”

Phillip Dutra – Small limit with a 3-pounder being his biggest

Nick Hough – With a 6-pounder in the boat

Ed Arledge – Both Ed and his partner have small limits

Weigh-in starts at 3 p.m. PT, so tune in to see who makes the top-10 cut to fish in Saturday's championship round.