Stephens Sets the Pace at Norman 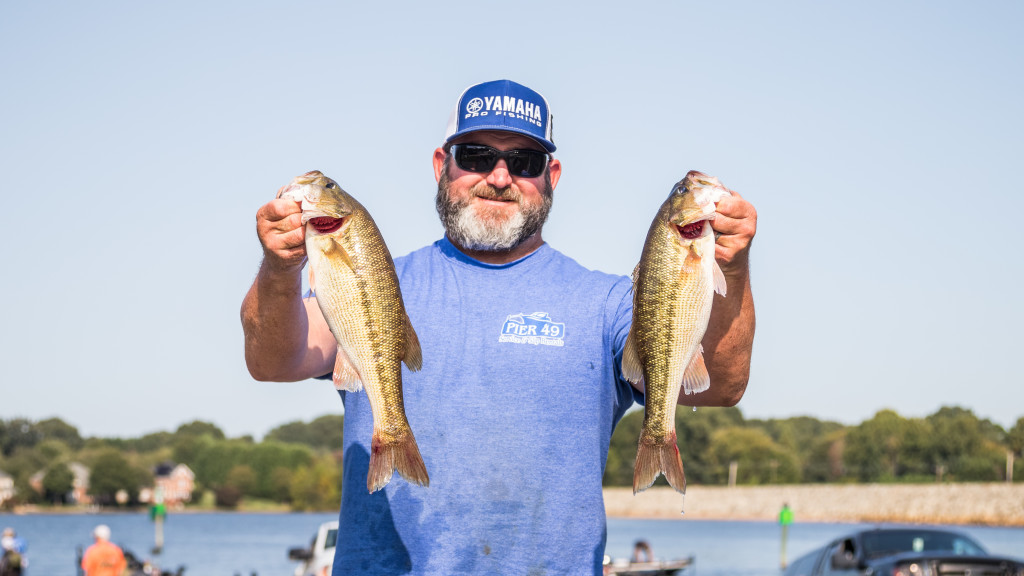 Fall fishing in the south is rarely easy. Cold fronts, rapidly cooling water, migrating shad and turnovers seem to scatter fish from top to bottom of the water column. Day one of the Toyota Series Eastern Division event on Lake Norman featured all of those challenging conditions and Michael Stephens of Gastonia, N.C. navigated them successfully to take the early lead with five spotted bass weighing 12 pounds, 9 ounces.

Stephens caught eight keepers on the day, from depths of 3 feet to 30 feet. He had originally planned on fishing ChatterBaits and buzzbaits up shallow, but after a couple hours of fruitless winding, he had to go finesse.

“I realized pretty quickly they weren’t biting the fun stuff,” Stephens says. “So I had to slow down and start poking around out deep on isolated rocks and brush. I only had one fish at noon. Then I hit one offshore spot and caught three nice ones in a row out deep. Once I had four solid keepers in the box, I started running shallow, flat docks, skipping a jig under them and finished my limit.” 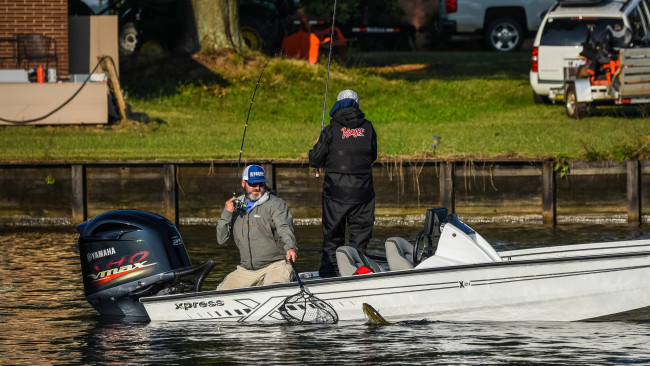 Stephens lives about an hour from Norman and considers it his home lake. He has been fishing it for 10 years and admitted that Garmin’s LiveScope forward-facing sonar has been an addition to his fishing arsenal when fishing deep for Norman’s spotted bass.

Stephens plans to stay with his deep and shallow combination tomorrow.

“I’m going to keep bouncing between shallow and deep,” he says. “It’s amazing how much these fish change from day to day on this lake so I can’t let my guard down in either depth.”