Morrow Slips Ahead at Norman

Ultra-close shootout on tap for Saturday 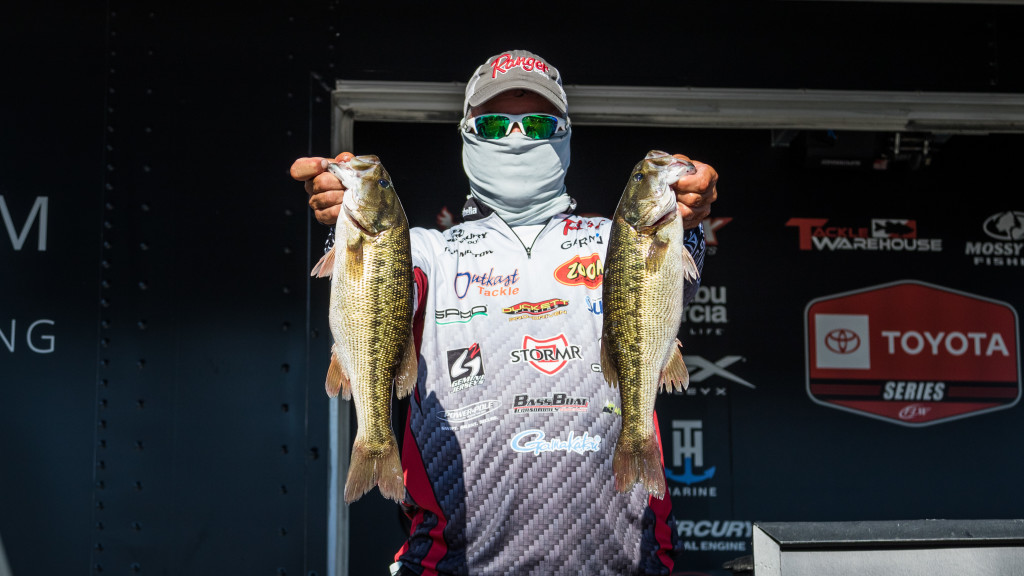 There is no denying it, forward-facing sonar is taking the tournament bass fishing world by storm these days. Whether it’s ledges on TVA lakes, smallmouth up north or spotted bass lakes in the Carolinas, having a sonar that looks out in front of the boat and being able to read it efficiently has become an undeniable advantage in bass tournaments. And the Toyota Series Eastern Division event on Lake Norman this week is shaping up to be another battle of the beams.

On day two, Troy Morrow of Eastanollee, Ga., brought in 12 pounds, 6 ounces of spotted bass to take the lead with a two-day total of 22 pounds, 12 ounces and immediately credited his Garmin LiveScope for his success. Morrow has always been an electronics expert and he now has many years of offshore fishing experience.  He says forward-facing sonar has been a powerful addition to his offshore arsenal.

“I’ve been learning the LiveScope for about two years now,” Morrow says. “The first time I ever used it, I instantly became a big fan of the technology. It took me a while to figure out what I was looking at and how to interpret it. But once I got the hang of it, I started to be able to see fish out in open water, see fish on cover and tell the difference between bass and other species like catfish, gar and carp.” 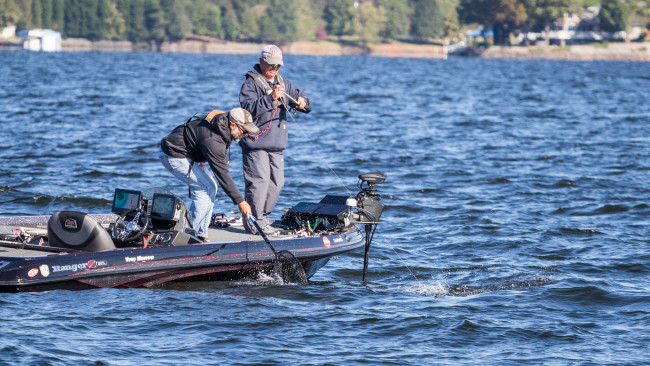 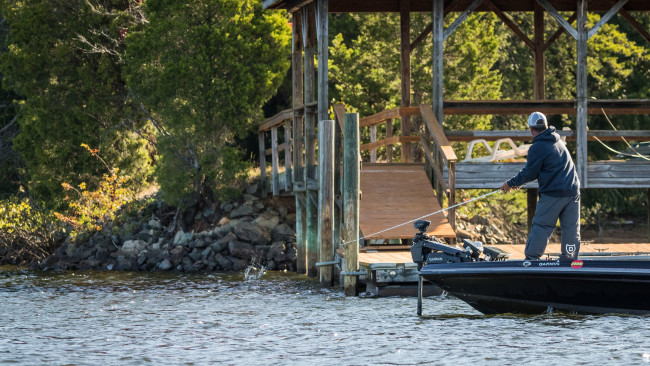 Morrow says the main advantage LiveScope has given him at Norman this week is reading a school of fish’s overall demeanor.

“I call it seeing the fish’s attitude,” he says. “Are they chasing? Are they sitting still? Are they comfortable? Are they swimming away from the boat? These are behaviors you can see to sort of measure their aggressiveness.”

As an example, Morrow says once he catches a fish off a spot, it’s over; he can literally watch the rest of the fish vacate the area.

“That tells me I don’t need to sit there and waste any more time fishing that spot,” he says. “And they don’t set back up very quick. So I have committed myself to running all new water each day.”

Morrow has 200 waypoints of shoals, points, brush piles and rocks in his unit. He has hit about 30 spots per day and only repeated on a couple. His deepest fish has come from 40 feet and his shallowest has come from 10 feet. He describes the places he is fishing as being, “out, past out.”

His limit today was two pounds heavier than the limit he had yesterday.

“That’s mainly because I got everything in the boat today,” he adds. “I lost a couple yesterday that hurt.”