Cook Blasts 23-9 on Lake of the Ozarks 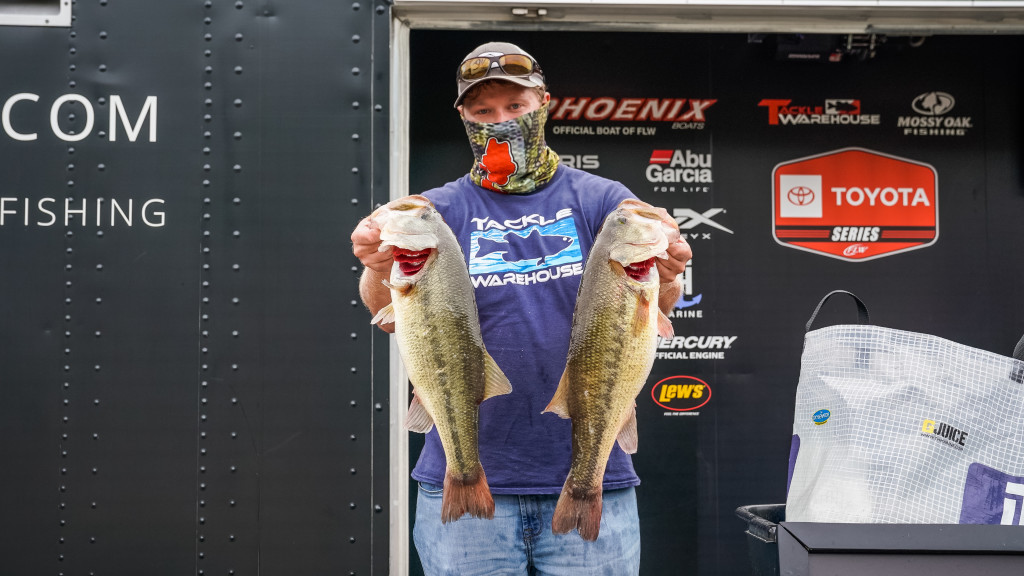 Anyone outside of Lake of the Ozarks might be surprised to see Corey Cook in the lead of the Toyota Series Plains Division event with 23 pounds, 9 ounces on day one. After all, his FLW tournament history is hardly eye-popping – three BFLs in three years and $284 in career earnings.

For those who fish the lake, though, especially in the fall, it was almost expected.

“He and his dad (Roger) are hard to beat around here this time of year,” says Lawson Hibdon, whose own family history on Lake of the Ozarks is pretty legendary. “He’s got something going, but the rest of us are just junk fishing for the most part.”

Well, Cook definitely has something going, though even he was surprised just how well things worked out today, as his giant bag didn’t just put him in first after day one; it gave him more than a 6-pound lead.

With the fish in full fall transition, numerous anglers, including some of the biggest names in the field, came to the weigh-in stage wondering what all had happened to their fish from practice. Yet, while many struggled to “stay on top” of the moving fish, Cook planned for it and adjusted as needed. 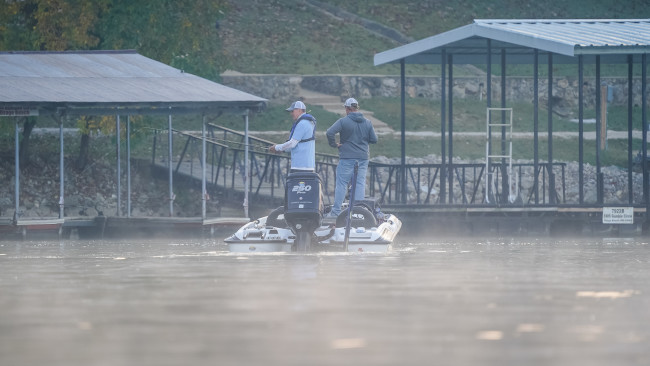 All told, he figures he hit about a dozen spots today, with only half being productive. But the ones that were definitively were.

“I caught 10-12 keepers,” says Cook. “I kinda had to hop around. It wasn’t easy, of course, but I got around some good ones. I caught some deep and some shallow. Both my 5-pounders came super shallow.”

Fortunately, not only does Cook have a significant lead, but he also says he has plenty more places to run tomorrow. Fishing Lake of the Ozarks “almost every weekend” since he was 8 years old has given him plenty of history. And if he keeps it up, he could make history this week.

“It feels awesome [having such a big lead],” says Cook. “We’ll just see what happens. I’ve never fished at this level before. My dad and I have won a lot of local tournaments; we won a boat last year, but this would be awesome.” 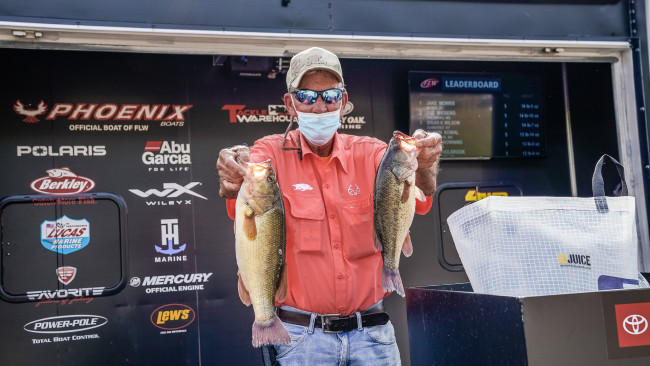 Sometimes, committing to a lure or pattern pays off. It certainly did for Robert Bogard Jr. on day one.

“While practicing with my son, Teddy (who fished the pro side), we caught a lot of fish on a jig,” says Bogard Jr. “So I figured I’d try and throw it all day if I could.”

Fishing behind pro Brian Wilson, Bogard Jr. was able to do just that, and in the process, he was able to do something few other co-anglers could do – catch a limit. His 12-7 bag was one of only five limits brought in on the co-angler side, and Bogard Jr. says he actually caught 15 keepers today, far more than his pro.

Brian only caught five, but his were the right five,” says Bogard Jr. “I caught plenty of fish but only culled three times.”

Still, it gave him plenty of confidence to keep sticking with the jig the rest of the tournament. And if nothing else, he was quite proud to out-fish his son, Teddy, who finished third at the recent Lake Dardanelle Toyota Series event.