Murfreesboro, Tenn., co-angler finally breaks through from back of the boat 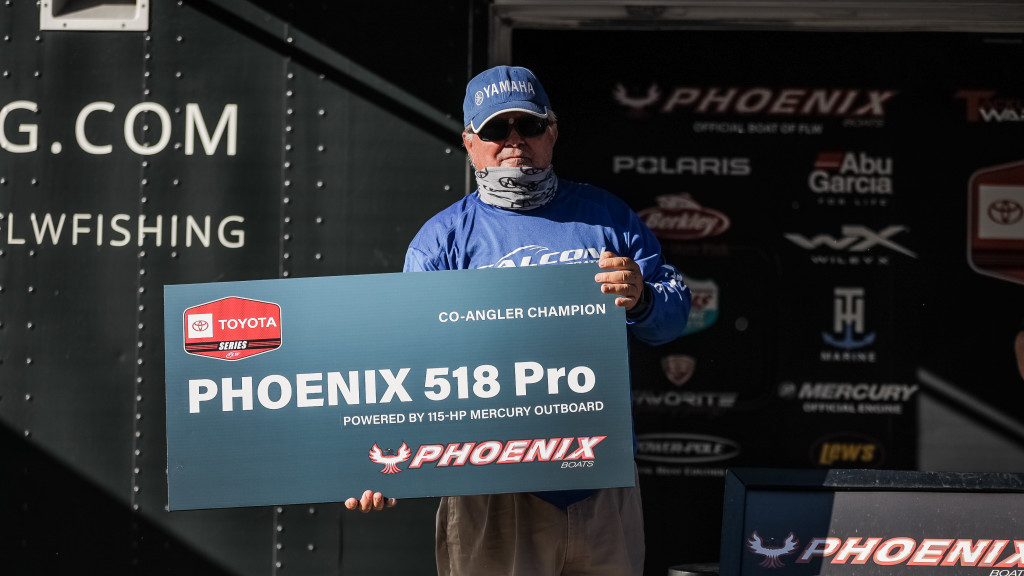 Russell, at 71 years old, has fished the Toyota Series since 2003 and the Phoenix Bass Fishing League even longer. In BFLs, he prefers to fish as a boater. In the Toyota Series, Russell likes to let someone else drive the boat and call the shots.

This week, during the Central Division finale, he had some stellar boaters doing that for him.

On day one, Russell drew Adam Militana. On day two, it was Jacob Wheeler – the No. 1 angler in the world. Day three paired Russell with tournament-leading pro Blake Smith, who really held the keys to Russell’s runaway victory of more than 7 pounds.

“I was with Blake [today]. Enough said,” Russell says. “You can’t be with anybody better.”

He means that both from a personal standpoint and in that Smith was on a big school of quality fish that he was able to pick apart from the back deck.

Using primarily a 3-inch swimbait (to match the baitfish), Russell made repeated casts to the school. He says he caught maybe “20 little throwbacks” throughout the day and he only had a couple dinks to start the morning before Smith decided to leave the school for a bit to check some other areas.

When they came back, Russell got back to work and eventually caught two nice ones in the last 20 minutes of fishing to fill out his limit. In some other tournaments, those two fish may have been crucial, but this was no ordinary tournament. As tough as Dale Hollow was fishing, the three fish Russell already had on his side of the livewell were enough.

That certainly says something about the Murfreesboro, Tenn., angler, who had to adapt and adjust all week. On day one, it was fishing shallow. On day two – his least productive day – Russell “fan-casted around” behind Wheeler. Finally, to get the win, he switched to a swimbait and sat essentially in one spot all day on a shallow flat in the Wolf River.

“I fished from 2-foot deep all the way to 40-foot deep,” he says. “Moving baits, dragging baits – the rest of the time it was swimbaits.”

With the win, Russell earned a brand-new Phoenix 518 Pro with a 115-hp Mercury outboard. He also made a big jump in the points standings – enough to finish the season in 20th place and earn a spot in the Toyota Series Championship on Lake Cumberland in December.

He’s qualified nine other times to this point, but Russell still expects to make the trip this year, even with some other obligations that week.

“I’ve got company that week,” he says. “My grandchild from Texas is coming in, but I’d still come up and fish a couple days. It’s not too far from the house.”

Close or not, it’s worth the trip. Russell just earned his first FLW win, and it sure would be a great time to tack on a second.