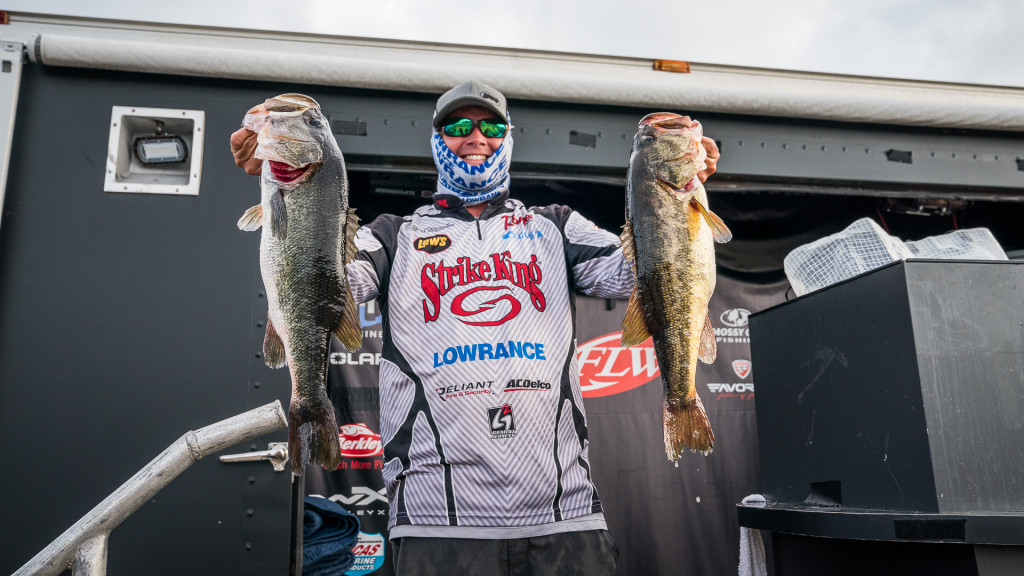 When it comes to plucking bass from grass, there is no family lineage better at it than the McMillan family. The McMillan family is deeply rooted around Lake Okeechobee, where they are best known for their bass catching ways. The late, great Jimmy McMillan was a master on the Big O. His oldest son, Brandon McMillan, has won plenty of coin in grass with a flipping stick. So, it comes as no surprise that Jared McMillan, the middle brother of the McMillan clan, has surfaced as the day one leader at the Toyota Series Southern Division event on Lake Seminole with five bass weighing pounds 21 pounds, 10 ounces. 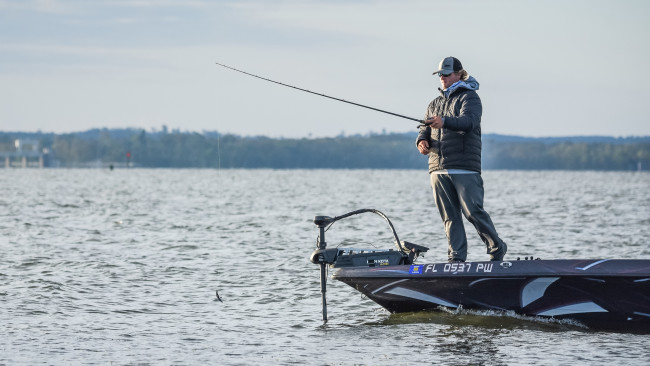 After day one, it looks as if J-Mac is looking to carry on the winning McMillan family tradition on Lake Seminole: Brandon has two regional level wins there: a Toyota Series win and a Bassmaster Open win.

In the past, J-Mac was always more of caster and winder, while Big Mac was more of the puncher and flipper. It seems as if J-Mac may have adopted some of his big brother's ways for Seminole.

“One thing he has taught me about that punching deal here is that it is pretty random and not to get hurried or frustrated with the long periods of time between bites,” McMillan says.  “I only got eight bites today and it’s not like they all came from one single spot. I caught a couple, hopped around, got two more bites, dinged around, and got two more bites. That’s the way that kind of fishing is and I have the confidence to keep doing it, even when I go an hour or two without a bite. When you fish that way, you just have to accept that’s the way it’s going to be. I can’t force an area or get too bogged down in one spot just because I caught a big one there.”

Another lesson he has learned is to avoid fishing pressure. McMillan says one of his keys today was to keep moving to areas where he didn’t see boats, including his own.

“I won’t even fish behind myself when flipping like this,” he says. “I kept fresh water in front of me all day. I kept an eye on where other boats were and tried to avoid where they had fished. I hit stuff I have never fished here before in my life and caught fish out of it; that’s the key for me, to see something that looks good, and just have the confidence to keep fishing it.” 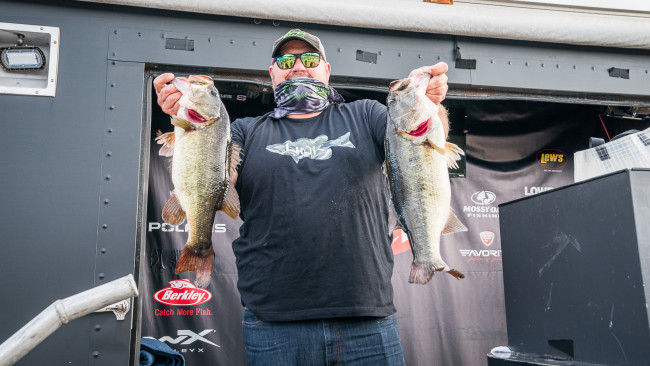 Jason Smith echoed the words of leader Brandon McMillan when he described his fishing day as one that involved avoiding fishing pressure and getting “just eight bites,” en route to taking the runner-up spot on day one.

Smith is flipping a mixture of hydrilla and milfoil and also noted that he caught two good fish on his first stop and two more good fish on his second stop. He finished a limit by 11 a.m. and then proceeded to ride around and check a couple of other spots for tomorrow.

But “checking” spots for Smith doesn’t always mean fishing them.

“I rode by a several spots today a couple of times just to see if anyone else was on them,” Smith says. “Being aware of when and where fishing pressure is being applied is a big deal on this lake.” 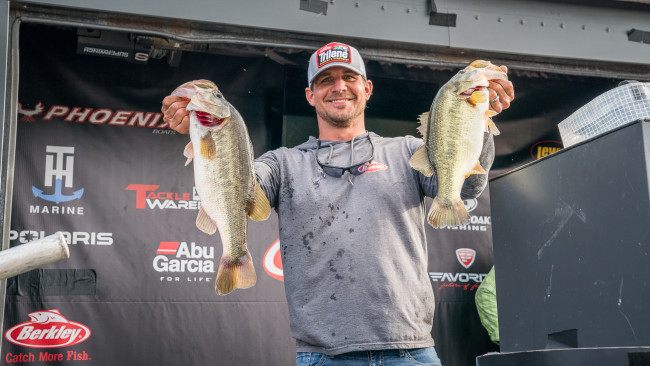 Keith Poche brought his small aluminum rig to Lake Seminole with the intention of using it to fish for shoal bass. Indeed, he took it far into the shoals of the Flint River today, but instead of shoalies he brought back a bag of largemouths that weighed nearly 18 pounds.

“I caught a few shoal bass, but as it turns out, all the bigger ones I caught were largemouths,” Poche says. “The water is high and the current is really rolling up there. So instead of fishing the shoals, I just started fishing the bank – any current breaks or eddies formed by logs or cypress trees or rocks. I would just roll with the current and pitch as fast as I could to down the bank. I didn’t even run back or repeat any water. I just kept drifting and pitching.” 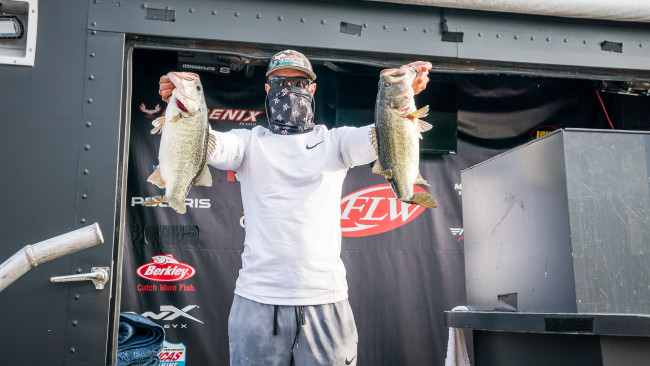 While some people are looking to avoid boat traffic, Mikey Keyso is looking to get in it.

Keyso says he has sought out the thickest mats nearest the heaviest trafficked boat lanes.

“I actually think the fish push up into the hydrilla harder where the boat traffic is the heaviest,” Keyso says. “I’m punching the thickest mats with 1-1/2 and 2-ounce weights. I mean, the stuff is tough to get into. And it seems like I get bit any time a boat or two comes blowing through the area.” 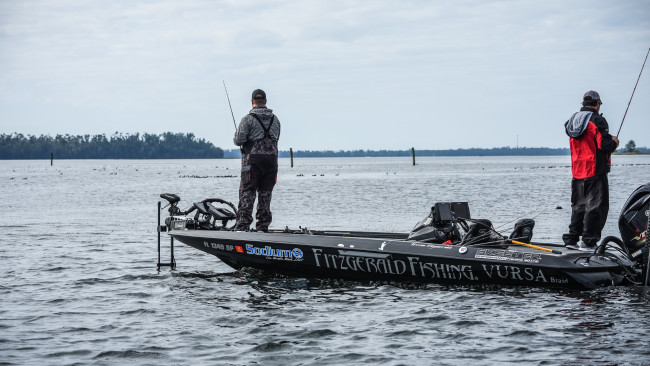 Trevor Fitzgerald has some winning history on Lake Seminole with a Bassmaster Open win on the lake in 2010. The deep grass sets up well for the ways he likes to fish.

“I had 10 keeper bites on the day and most of them came flipping,” Fitzgerald says. “But what’s crazy is the biggest fish I weighed bit a topwater. I was moving between places and just picked up a topwater to have something to throw and a good one crushed it. So tomorrow I might have to keep them honest with that topwater a little more.”