Big ones haven’t shown up so far 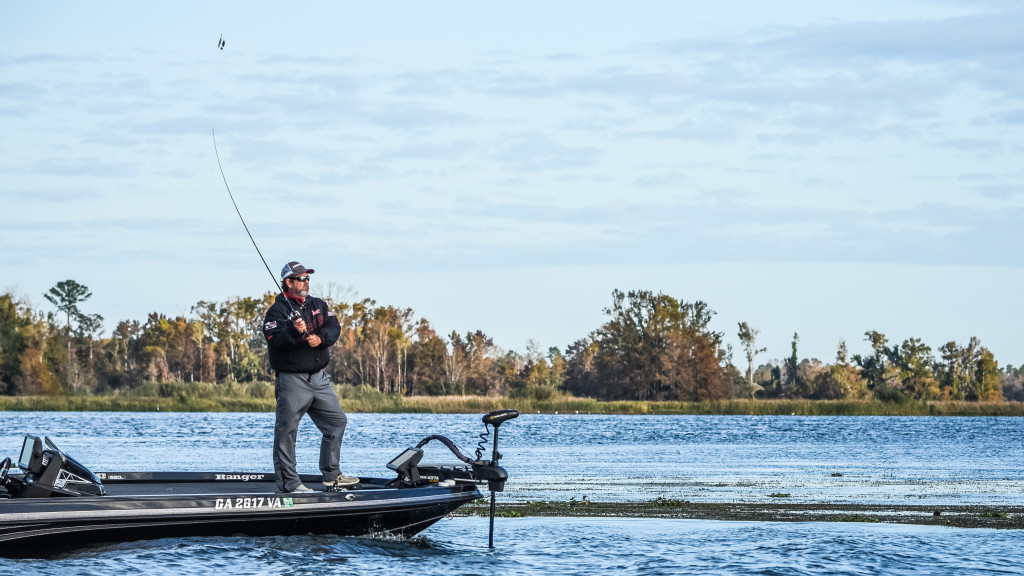 There was plenty of fish catching happening on day one of the Toyota Series Southern Division event on Lake Seminole; the problem was they were not the size fish Lake Seminole is known for. Instead of 5- and 6-pounders, there was an unusual number of line-burners being deposited in livewells. Lake Seminole is known for offering up few bites, but having a lot of quality fish. Several pros this morning were a little puzzled at already getting four or five bites on the day, but most were non-keepers or barely keepers.

Fishing conditions on the lake were nearly picture perfect with partly cloudy skies, temperatures warming into the 70’s and a steady northeast breeze. Spring Creek contained the clearest water while the main rivers were still carrying a heavy stain.

Some techniques noted were the usual mat flipping and chucking spinnerbaits along grass lines in the rivers; however several pros were also probing Spring Creek’s main channel with Alabama rigs. Apparently the last cold snap bunched the shad up in Spring Creek and the bass were on the program. LiveScope units were being put use to “look” in the deep standing timber and along the deep grass lines for tight balls of shad and suspended bass. However, this pattern didn’t seem to be paying off too well this morning as those doing it reported just one or two fish.

Many anglers had secured an early keeper or two and were scratching their heads about where the big fish might have moved to.

Those who had early limits and were culling included Strike King Angler of the Year contender Trevor Fitzgerald and Wayne Murray. Fitzgerald was putting his namesake flipping sticks to use on a punching program that had put about 10 or 11 pounds in his ‘well.

Seminole’s bigs are known for biting late in the afternoon, so the best part of the day is still ahead. Weigh-in starts at 3 p.m. ET, and you can watch it live online.