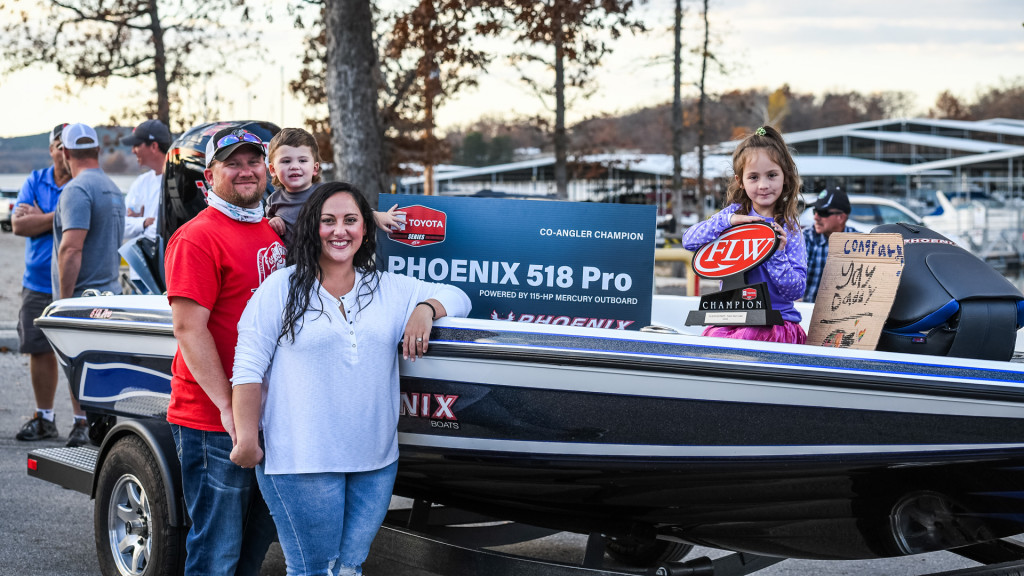 Living in nearby Springfield, Mo., Adam Caldwell is more than familiar with Table Rock Lake. With tough fishing for the Toyota Series Plains Division finale, local knowledge proved to be worth its weight in gold as Caldwell utilized his experience targeting suspended bass to catch 23 pounds, 8 ounces over three days to tow home a brand-new Phoenix 518 Pro boat.

Like pro winner Cody Huff, Caldwell employed a Rapala Jigging Rap on day two to catch the biggest limit of the week on the co-angler side worth 15-14. It also happened to be one of the only co-angler limits this week and the main reason he’d go on to win.

“I promise you, my day two was the reason I won,” Caldwell says. “Yesterday was one of the best days I’ve ever had on the water. This lake is fishing just so tough right now, I mean brutal.

“I don’t fish in the winter a whole lot, but I have a few spots and knowledge on this lake. My boater yesterday was fishing [Cody Huff’s] water on day one, so we went looking for new stuff and he asked if I knew anywhere and I said, ‘Heck yes I do.’ So we went to the back of Cow Creek, one of my favorite winter fishing spots.”

From there, Caldwell got to work catching a 5 ½-pound largemouth almost immediately. Within an hour he had the weight he’d bring to the scale.

Today, paired with Cody Huff, Caldwell managed to snatch one bass to ensure he’d walk away with his biggest career win.

“You know, I’ve won some tournaments, but never anything of this magnitude,” says the 35-year-old conductor for the BNSF Railway Company. “I’ve never won a boat. It’s really amazing to have my support group over there. I got 10 or 15 people to come down just because I might win. That’s just amazing."