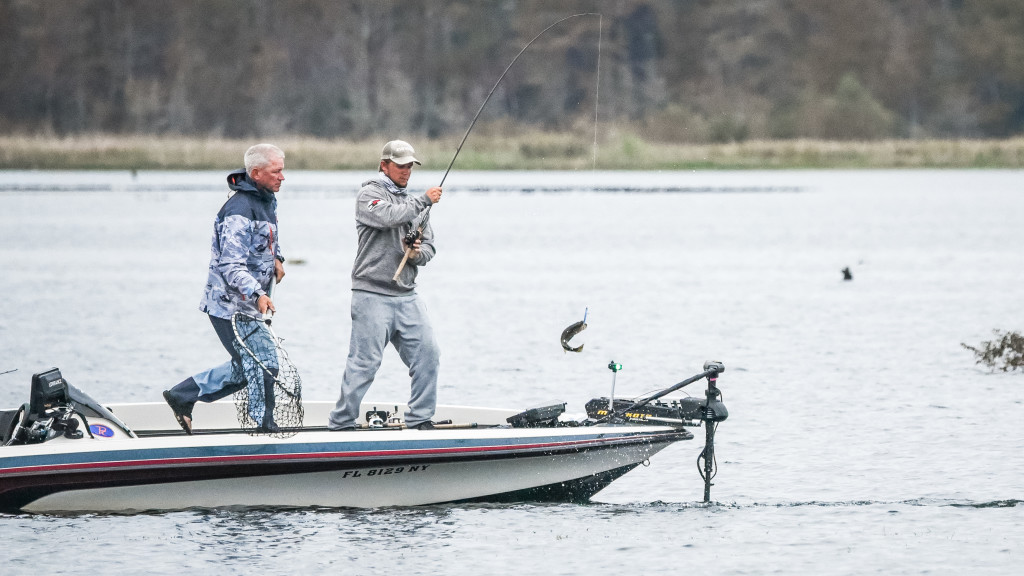 After two spectacular sunny days at the Toyota Series Southern Division event on Lake Seminole, the final day brought heavy low clouds and an east wind. The cloudy weather seemed to be exactly what Dillon McMillan needed to prolong his jerkbait bite in the Spring Creek channel.

When Dillon arrived, the fish were biting. He could see balls of bait and bass chasing them out in front of his boat on his LiveScope. And just like yesterday, they were biting this morning; he boated three bass in a matter of minutes, however, they were small keepers – no big ones. Then his jerkbait bite died, despite the clouds and wind. After that, Dillon went to work flipping and as of 11:30, he still had just three small keepers.

Meanwhile, his brother, Jared McMillan, had boated five small keepers early on by flipping in the creek.

Down the way in Spring Creek, Corey Smith was struggling early as well. Fishing in the main body of the lake, Mikey Keyso has put together a small limit so far.

Across the field, no big fish were reported early on. Most flipping in the creek were hoping for the clouds to disintegrate and the sun to come out to improve the afternoon bite. The final weigh-in starts at 3 p.m. ET and is live online.