Running up the Flint in tin separates him from the pack 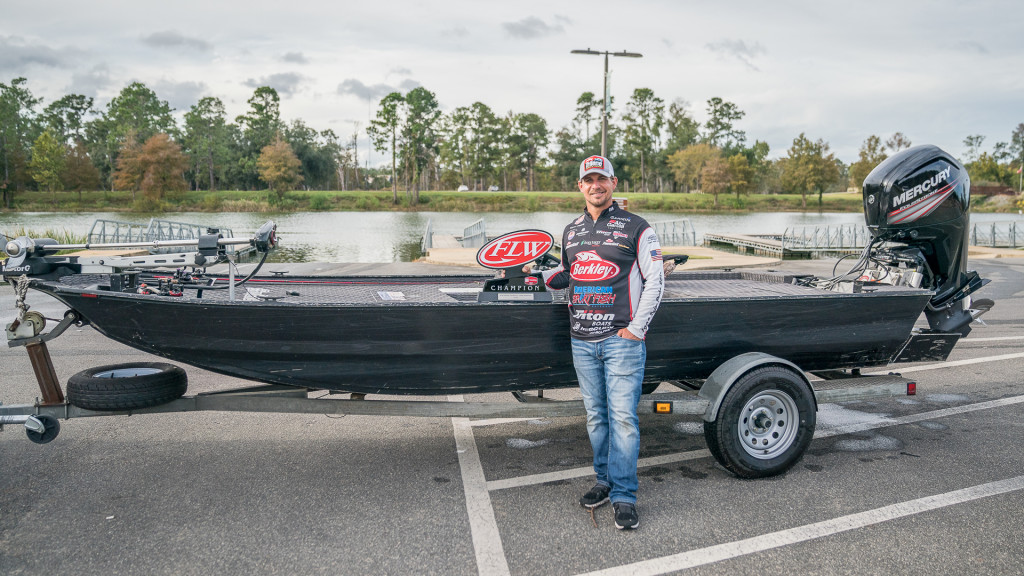 When Keith Poche weighed in 15 pounds, 6 ounces on the final day of the Toyota Series Southern Division event on Lake Seminole to win the tournament, no one was more stunned than Poche himself.

“Did I just win?” asked a puzzled Poche as he started to realize that those left in the weigh-in line likely did not have enough to top his three-day total of 46 pounds, 6 ounces of bass.

“Oh my God,” he gasped. “Is this really happening? For real?” 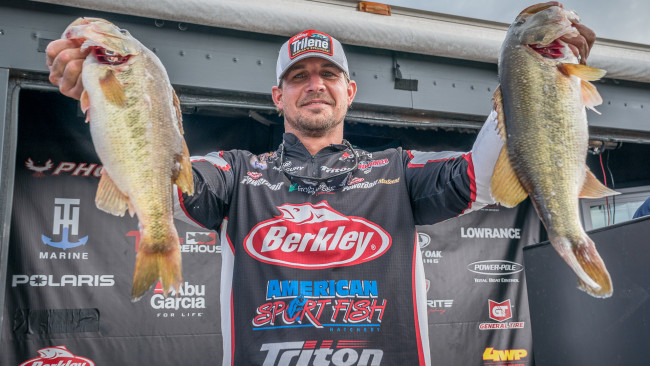 As a fulltime professional angler on the MLF Bass Pro Tour, Poche is no stranger to big time bass fishing events. What stunned him, however, was he had no intention of even fishing the Toyota Series on Seminole until Tuesday of this week. In fact, other than a few Phoenix Bass Fishing League events early in his career, and the recent Tackle Warehouse  Pro Circuit Super Tournaments, Poche had never fished either a Pro Circuit or a Toyota Series event.

“I love fishing Lake Seminole and I especially like running way up the Flint River in those shoals and catching shoal bass,” Poche says. “I’ve got a 17-foot, 6-inch flat-bottom aluminum boat I use just for fishing such rivers in the southeast. So I looked into fishing the tournament early this week.”

Poche actually traveled to Seminole on Monday, which is a couple of hours from his house, to sample the Flint. After getting a few bites, he figured he would get in the event just to have fun fishing the Flint for a few days. He entered the event on Tuesday and went and ran the river on Wednesday to see how far up it he could get. He thought he could make it some 35 to 40 miles north of Bainbridge in his tin boat.

Poche ran as far as nearly Newton, Ga., on the first day of the event. He found the Flint to be higher and dirtier than he would like for shoal bass. The current was so swift he could not troll against it or hold himself in position very well. So he opted to just drift down the river with the current, pitching to any current breaks caused by bank cuts, cypress trees, logs or rocks. His bait of choice was a Berkley PowerBait Pit Boss in green pumpkin, teamed with a 3/8-ounce weight and tied to Berkley Trilene 100% Fluorocarbon.

“I realized pretty quickly that because of the fast current, it was a total reaction bite,” Poche says. “The fish were holed up in the current breaks and they would bite as soon as it hit the water and started to fall. There was no need to work the bait, let it sit or swim it out. It was, pitch, fall, one hop and pitch again. It became kind of a quick pitch game, pitching to as many current breaks and eddies as I could as my boat zipped by with the current. I caught some shoal bass, but as it turned out that first day the largemouth I caught were a much better grade of fish.”

On day one, Poche weighed in all largemouths for 17 pounds, 14 ounces and settled in third place, behind Jared McMillan and Jason Smith.

On day two, Poche ran some 35 to 40 miles up the river again, but his quick pitch program died.

“I went like 3 hours without catching one,” he says. “So I changed up a little bit and started throwing a 3/8-ounce Humdinger Spinnerbait to main river rocks breaking current. That produced a couple of keeper shoal bass.”

Poche only had three bass in the ‘well when he got back down towards Bainbridge. Needing to make something happen, he bumped over a shallow sandbar to access a backwater slough. Once in the slough, he caught a 4-pound largemouth and a couple more keepers on the spinnerbait.

Poche ended up weighing in 13 pounds, 2 ounces on day two and slid back to fourth place. Meanwhile, Dillon McMillan grabbed the spotlight on day two with a whopping 24-pound, 4-ounce catch and made the lake look like the place to be to win. 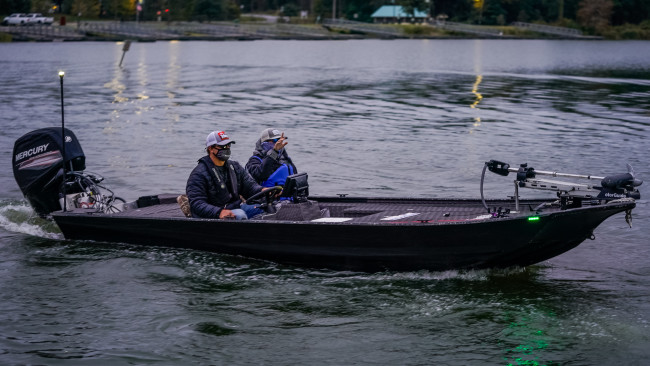 As the top 10 pros took their marks this morning on the final day, a dark overcast moved into Southwest Georgia, which usually doesn’t bode well for the Spring Creek flipping bite. Poche started the final day some 6 pounds behind the leader and headed far north on the Flint again. And this time, the largemouth were set back up in the current breaks.

“It was sort of like day one again,” he says. “They were biting the Pit Boss as soon as it hit the water. I started to catch some better ones as the day went on. I even added a nice shoal bass to top off my limit. By the end of the day, I was knocking on the door of the 15-pound range.”

But even then, Poche figured the McMillan brothers would catch decent limits in the lake. He thought he would need 20-pounds plus to catch them.

I wasn’t until the final fish was weighed that he learned most of the top-10 had struggled and his consistent limits each day put him on top.

“I was happy to have made the top 10 and fish up there another day,” Poche says. “I figured I might stay in the top five with my catch and get a decent check for the week. But to win this thing? Man, I’m still a little shocked. Especially to think I’ve never fished one of these events, and as of five days ago, I wasn’t going to fish this one. It’s crazy how it all worked out.”