Jigs, spoons and some power techniques tricked fall bass in the Ozarks 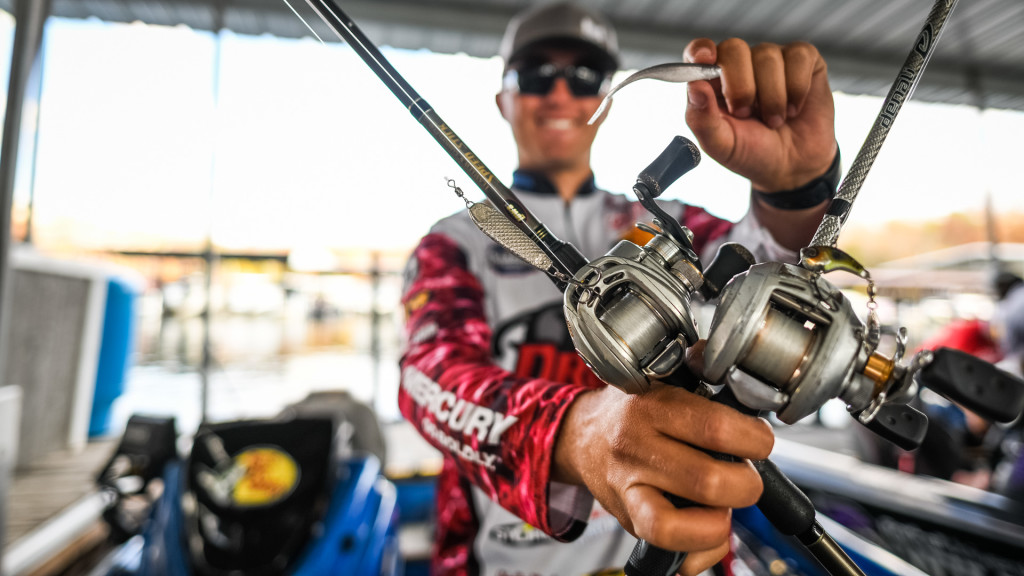 Though the final Toyota Series Plains Division event of the season on Table Rock wasn’t the usual fall bite you may expect to see in the Ozarks, the top 10 pros stuck to their strengths and employed everything from ice fishing jigs to topwaters to catch their fish.

If you’re looking for some baits to put bass in the boat right now around the Ozarks – or any highland impoundment in the fall and early winter – the list below is for you. 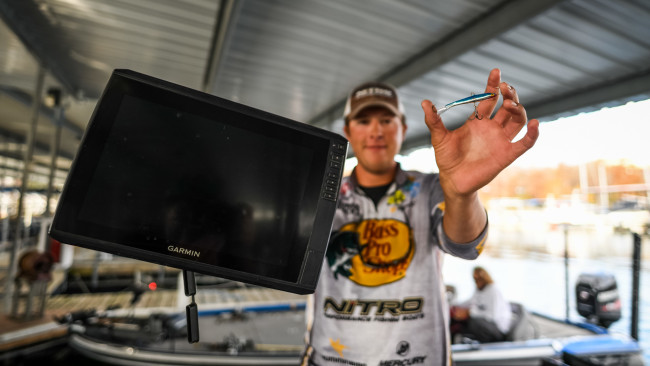 1. Cody Huff won his first Toyota Series event back in February of 2020 on Toledo Bend pitching a spoon to suspended fish. This time, to get bigger bites on Table Rock, the Missouri pro dropped a chrome blue No. 9 Rapala Jigging Rap on a 6-foot, 8-inch medium-heavy Johnny Morris Signature Series rod with 12-pound-test fluorocarbon down to fish he saw on his electronics. 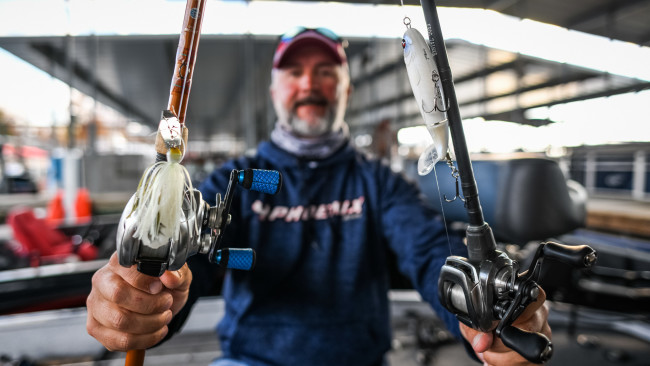 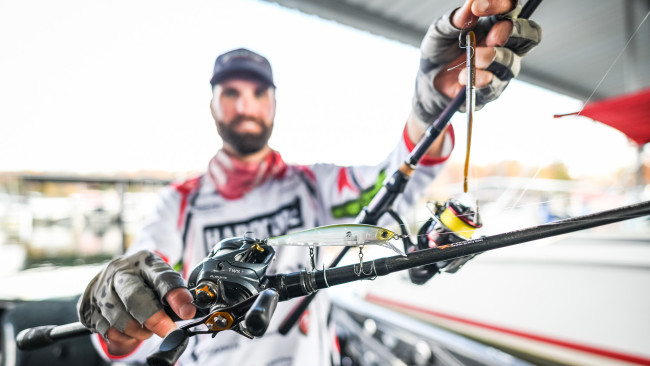 3. Spencer Shuffield was in his element targeting fish he could see on his electronics with a drop-shot. His setup consisted of a 6-inch Roboworm Straight Tail Worm  and an Ark drop-shot weight, which he threw on a Phenix 7-foot, 2-inch medium M1 rod with a Daiwa Ballistic LT spooled with 15-pound-test Yo-Zuri SuperBraid and an 8-pound-test Yo-Zuri TopKnot fluorocarbon leader. For fish suspended higher in the water, Shuffield tossed a Duel Hardcore Minnow Flat SP110. 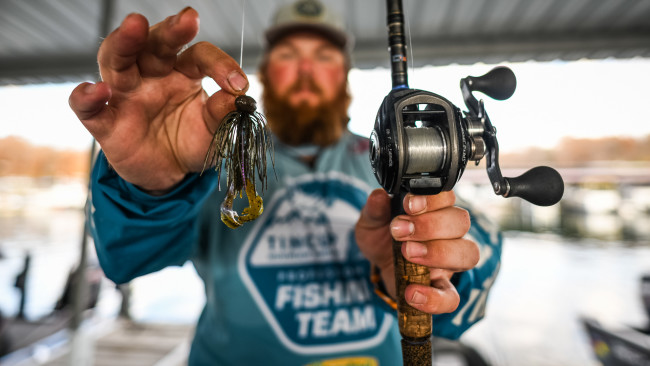 4. Using a homemade jig that he and his fishing partner, Dirk, designed, Lawson Hibdon pitched a 3/4-ounce football jig  matched with a Strike King Baby Rage Craw around docks in 20 to 50 feet of water for another top-10 performance. 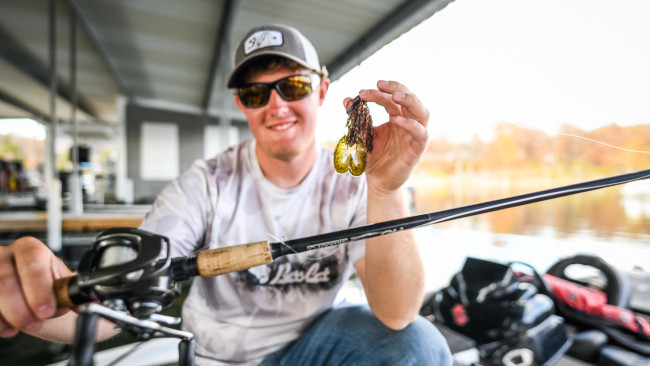 5. Corey Cook was in the hunt to win his second-straight Series event and did it by fishing docks with the help of a 3/4-ounce Jewel Baits football jig with a Zoom Super Speed Craw trailer rigged on a 7-foot, heavy G. Loomis GL3 with a Shimano Metanium MGL. 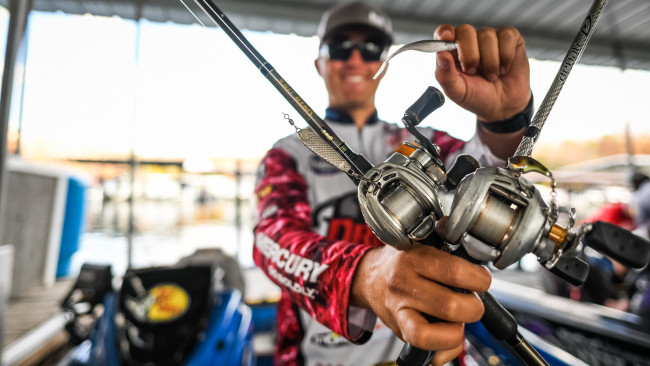 6. Cole Breeden of Drury University focused on suspended fish around docks with a smattering of baits. A 7/8-ounce War Eagle spoon, Rapala Jigging Rap and Jackall Deracoup Tail Spinner saw action when he needed to drop to fish quickly. However, most of his fish came on a Strike King Baby Z Too put on either VMC Moon Eye or 1/8-ounce Owner jig, which he would skip around docks and reel back. 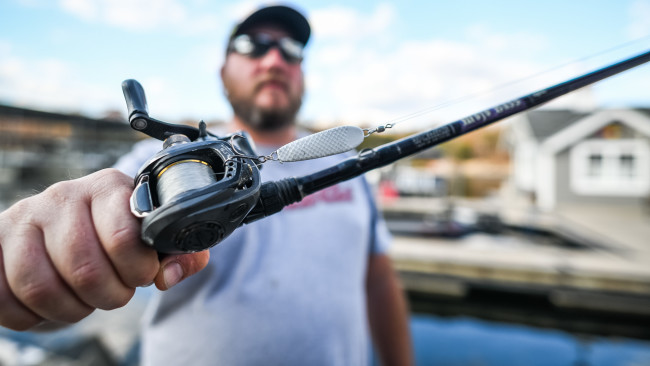 7. Aaron Hodge banked the first top 10 of his Toyota Series career with the help of a 7/8-ounce War Eagle spoon. 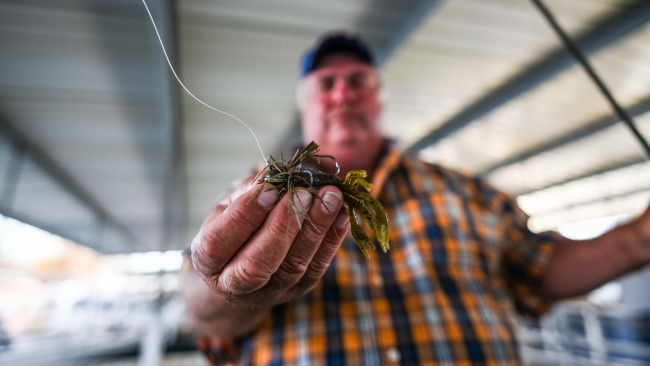 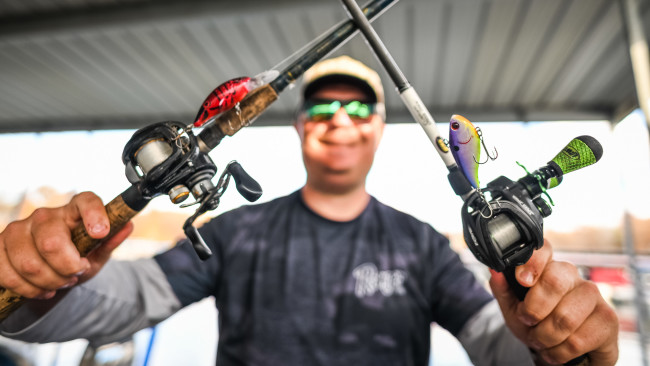 9. Blake Edwards cranked his way to a top 10 way up the James with an old Bomber crankbait and a discontinued XCalibur lipless crankbait. 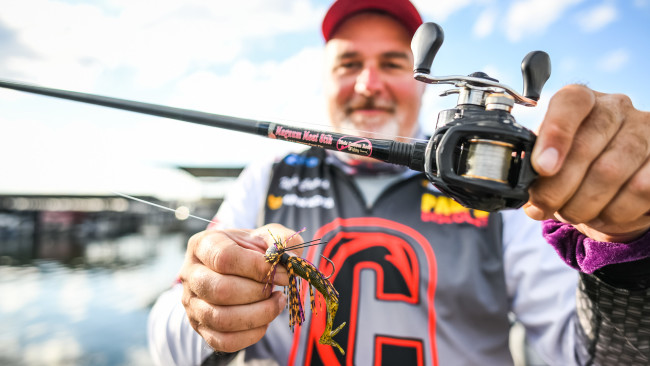 10. Locking a 3/4-ounce Cumberland Pro Lures football jig with a wire brush guard paired with either a Yamamoto or Bass Pro Shops double tail grub earned Mike Casada his finish for the week.