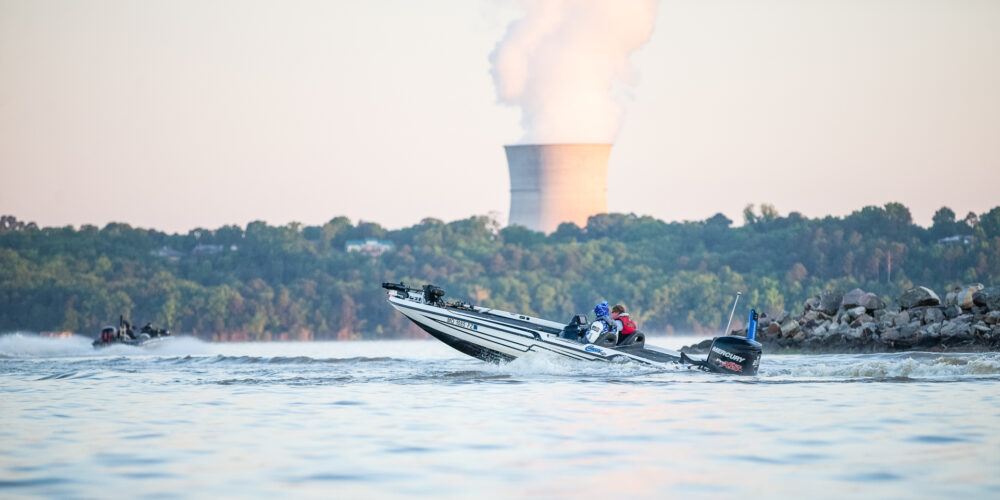 Hopefully, Lake Dardanelle won’t be fishing that tough for the finale of the 2021 Toyota Series Presented by A.R.E. Plains Division, which is presented by Fenwick. Then again, it might.

Recent rains have the lake higher and flowing stronger than most have ever seen it before. Whole areas are trashed with mud and debris, and anglers will be looking for areas clear enough to fish let alone fish in them to catch.

Basically, it’s setting up to be a tough test for anyone trying to finish in the top 25 pros and Strike King co-anglers in the division standings to make the Toyota Series Championship for a shot at $200,000 this fall on Pickwick Lake.

Built on the Arkansas River, the conditions can vary widely depending on the flow, which is particularly relevant this week.

You know that line above about “conditions can vary widely depending on the flow?” Well, Dardanelle is flowing aplenty.

Tackle Warehouse Pro Circuit pro Jason Lieblong has two Series wins on Dardanelle to his credit and knows the fishery about as well as anyone. And to him, it fishes best when it’s flowing around 70,000 CFS. It’s nowhere near that right now.

That’s going to have anglers fishing more like they’re in Florida, chasing the right water clarity in the bays and backwaters. Though, even that may be tough after 2-3 inches of rain Tuesday added more mud to areas that had started clearing up.

According to Lieblong, there are some prime areas that “look like a bomb went off in them,” they’re so dirty. That is going to condense many of the pros in the same areas; areas that have already been beaten hard by local events because they were all anglers could fish.

“There was a local team tournament here the other day with all the local sticks in it,” says Lieblong. “It took 14 pounds to win, and the weights dropped off hard after that. And we had a high school tournament where they could only fish Illinois Bayou near takeoff because of the flow. There were more than 60 zeros out of 100 boats.

Angler of the Year is at Stake

It seemed only a matter of time before Andy Newcomb would have a breakout season. He’s definitely had it thus far with first- and second-place finishes in the first two Plains Division events. Now, can he finish it?

It’ll be tough. Dardanelle is much different than Lake of the Ozarks (his home waters) and Grand Lake (where he won), and that’s without the awful conditions factored in to things. Plus, despite the incredible start, his lead is surprisingly slim. Eric Olliverson is just 10 points off the pace, with TJ Martin in third a mere 13 points back. Both Olliverson and Martin have a top 10 in BFLs on Dardanelle.

As close as the pro side is, the co-angler side is even closer. After two events, Dennis Young is in the lead with 500 points. Behind him, Jason Sandidge, Rob Crane, Andrew Hegerty and John Hoyer are all within 10 points of the lead.