Plains Division Wraps at Lake Dardanelle with a Postspawn Showdown 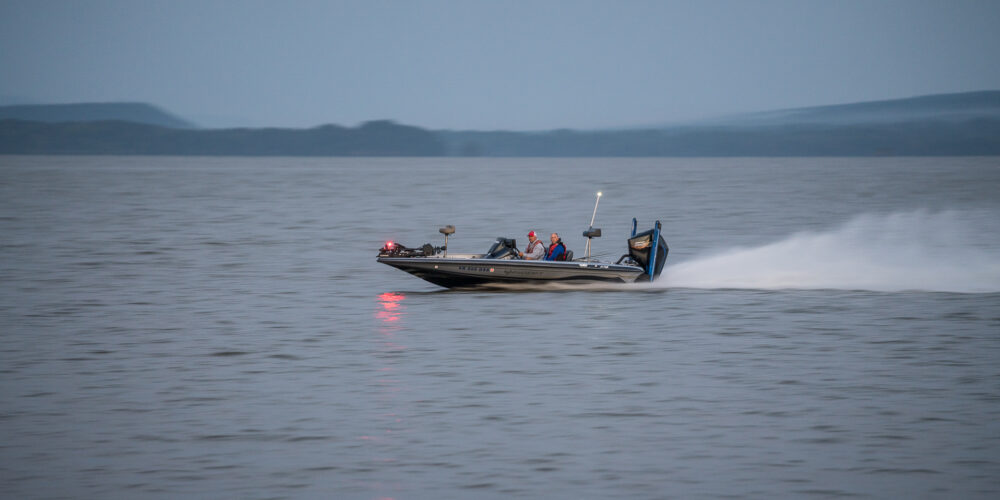 The 2021 Toyota Series Presented by A.R.E. Plains Division will wrap up on Lake Dardanelle May 6-8 with an event that’s presented by Fenwick. The final event of the regular season for the Plains Division, Dardanelle will send top 25 pros and Strike King co-anglers in the division standings to the Toyota Series Championship for a shot at $200,000 this fall on Pickwick Lake.

With the Dardanelle event set for the first week in May, the fishing should be better than some other recent Dardanelle derbies, as the shad spawn should be in play and the fish won’t be too scattered from a long summer of tournaments.

Built on the Arkansas River, the conditions can vary widely depending on the flow. That means anglers will want to keep a close eye on the water levels going into the event and it could mean some mid-tournament adjustments will be needed. In fact, in a few years ago in May, Little Rock was flooded out and the lake reached extraordinary heights. Though things should be more manageable than that, it’s a good to keep it in mind as an example of how changeable the conditions can be and how adaptable river bass need to be.

Tackle Warehouse Pro Circuit pro Jason Lieblong has two Series wins on Dardanelle to his credit and knows the fishery about as well as anyone. With most of the bass done spawning by tournament time, the Arkansas pro reckons the fishing will be pretty diverse.

“The water is clearing up, and the river flow is dropping,” Lieblong says of the current conditions. “The bite ought to be good on the river parts, whether you lock down or go on up to Ozark. That’s going to take some pressure off the backwater areas and Illinois Bayou and what have you. The river stuff could be better than the lower end stuff – I’ll definitely be looking at it in practice.”

Dardanelle has a reputation as a junk fishing lake, where putting a good spread of rods on deck and a flexible attitude will do you a lot of good. Lieblong thinks that could be a good strategy again.

“The willow grass just last weekend almost looked like it does in the dead of winter,” Lieblong says. “By the tournament, it will start greening up, it’ll be good enough to run swim jigs in it, and for ChatterBaits and frogs and buzzbaits. The lily pads will still be pretty early, but there will be some places where they’re coming in on the river – the frog bite will be good in May. Plus, the shad spawn will be going on in some places too, so square-bills, spinnerbaits and ChatterBaits will be a big play also.”

In addition to a slew of shallow options, Lieblong thinks a few fish will be in play offshore on the lower end.

“I’ve seen some tournaments in the past with warm springs when they’ve caught them pretty good on shell beds and drop offs in May,” says Lieblong. “So, they’re going to catch some fish off them, and some of the locals will be out dropping brush in a week or so.”

Given his preference, Lieblong says he would like a high-flow event, with current of more than 50,000 CFS rolling through the lake. Still, despite a lot of recent tournament pressure, he thinks the fishing will be good and 44 to 46 pounds will win.

“Everyone is fishing, and I’m glad that they are, but they’re having fundraisers and high school events on Dardanelle every week it seems like,” Lieblong says. “It may not be as easy as everybody thinks, but, like I told some guys that were disgruntled last fall, it’s a much funner time in the spring. Everybody is going to catch some fish – all in all, it’ll be a funner tournament than it was in the fall.”

From a bait standpoint, you don’t want to go to Dardanelle without a solid lineup of power-fishing baits. Lieblong in particular notes that vibrating jigs in white or black and blue will play, plus black-and-blue jigs and chartreuse-and-black square-bill crankbaits.

Other baits that could catch fish include a frog, a swim jig (probably in white around spawning shad), a buzzbait and perhaps a big worm or crankbait off the bank. Given good water conditions, it should be a pretty solid Dardanelle event.