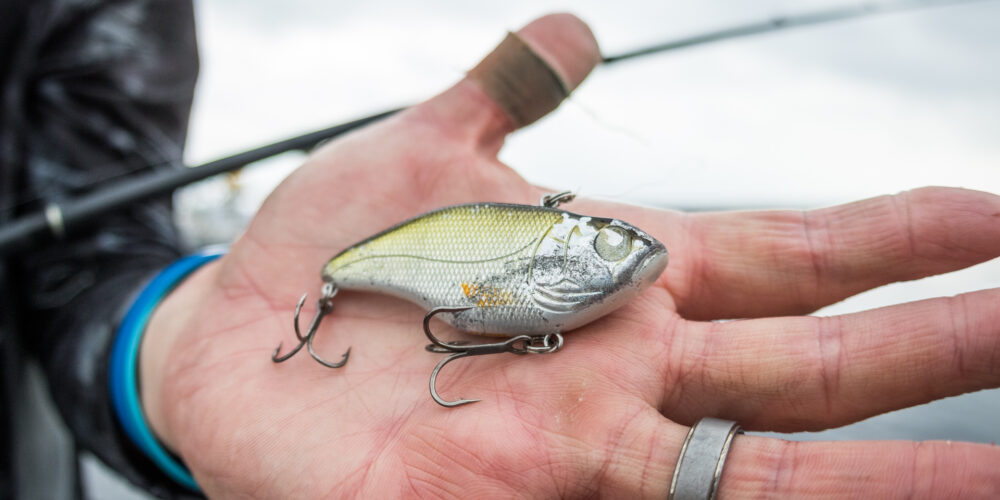 When cold fronts hit Florida for bass tournaments, fishing options become quite limited. This was demonstrated at the Toyota Series presented by A.R.E. Southern Division opener last week at Lake Toho, which was presented by Googan Baits.

When water temperatures dove into the mid-50s, two Florida cold-front staples came to the forefront: lipless rattle baits and some kind of punching rig. Some pros committed to the lipless baits while others committed to punching, and a number did the two-step with both techniques.

Here’s a look at the top tools of choice for the Kissimmee Chain.

1. Bryan Schmitt brought home his sixth win on the Toyota Series with some big help from a ¾-ounce SPRO Aruku Shad 75 in a wild shiner color. When Toho’s big bass weren’t slamming his rattle bait, he dropped back and teased them with a Missile Baits Quiver Worm (junebug) Neko-rigged on a Hayabusa Weedless Spin Muscle Wacky Hook. He also caught a few on his namesake ½-ounce swim jig called the Lil’ Schmitty (river special) trailed with a Missile Baits Shockwave (shrapnel).

2. Mikey Keyso literally used a one-two punch, starting each day in scattered grass with a ¾-ounce 6th Sense Quake in gold and black, then switching over to punching mats with a black and blue Reaction Innovations Sweet Beaver topped with a 1 ½-ounce Hawg Tech Tungsten Flipping Weight.

3. Bobby Bakewell caught the biggest limit of the tournament on day one weighing 26 pounds, 13 ounces. His two lures for that catch were a Zoom Magnum UltraVibe Speed Worm in Junebug, topped with a ¼-ounce Flat Out Tungsten weight and a ½-ounce custom-tied vibrating jig by BnB Custom Baits paired with a Bruiser Baits Slimmer Swimmer. On the final day, he rallied again with a 5/8-ounce Yo-Zuri Rattl’n Vibe in silver and black.

6. Trevor Fitzgerald also used the Sunshine State two-step of a lipless and punching rig at Toho. His choice of crank was a ½-ounce  XCalibur XR50 (gold and black) and his punching setup was a Reaction Innovations Sweet Beaver in the hematoma color paired with a 1 1/2-ounce Fitzgerald Fishing Tungsten Flippin’ Weight.

8. Jared McMillan committed to just one lure for most of the week: a Strike King Menace Grub in black and blue topped with a 1 1/2-ounce tungsten weight.

9. Samuel Whitmire settled on combing pad stems with a 6th Sense Divine Shakey Worm in a blood apple color. He rigged the same worm on several different weights including 1/8-, ¼- and 3/8-ounce sizes to match the conditions and thickness of the pads. He also bagged a couple on a 6th Sense Provoke 106X jerkbait.

10. Cole Hewett’s primary punching baits for the week were a pair of Missile Baits D Bombs, both in ballistic bruiser. He kept one rigged with a 1 1/4-ounce weight for really thick mats and the other with a ¾-ounce weight for thinner stuff.