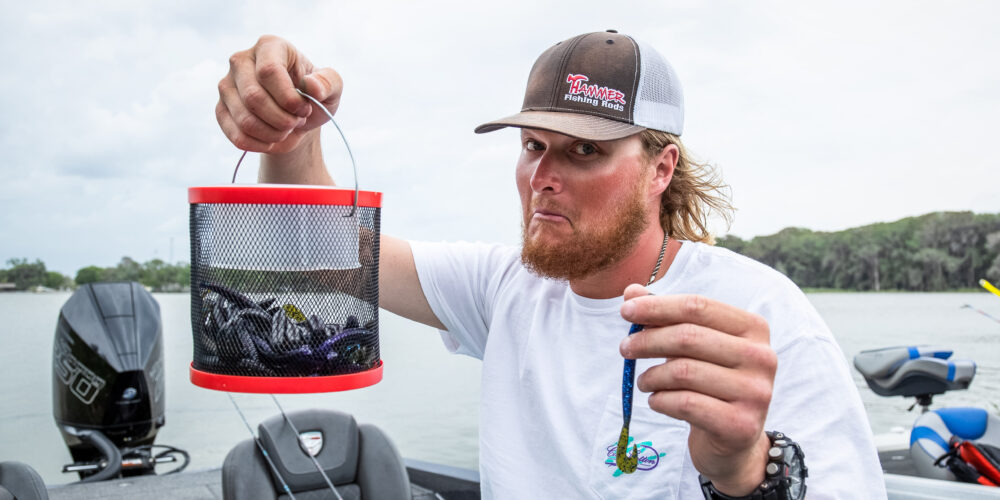 If you’re looking for the hottest lures for the Harris Chain right now, a vibrating jig and a Speed Worm might be some considerations. Those two lures were certainly dominant players in the Top 10 at the Toyota Series presented by A.R.E. Southern Division event in Central Florida. Here is a complete look at the top producers last week.

1. Jordan Thompkins’ two primary lures were a Rapala DT 10 and a ¾-ounce  Z-Man/Evergreen ChatterBait Jack Hammer teamed with a Z-Man Scented Jerk ShadZ. He caught most of 31 pounds, 6 ounces on the DT 10 the first day, and then used the Jack Hammer in grass on subsequent days.

2. Willy Dennison used a 3/8-ounce Strike King Thunder Cricket teamed with a Z-Man DieZel MinnowZ for the shad spawn early and then punched a 1-ounce Oldham Jig with a Berkley PowerBait Pit Boss in matted grass in the afternoons.

6. Destin Lesesne did all his damage with just one lure: a 4.8-inch Keitech Swing Impact FAT fastened to a ¼-ounce Owner Flashy Swimmer.

7. Lance Oligschlaeger’s bait trio included two different Z-Man/Evergreen ChatterBait Jack Hammers: one was 3/8-ounce with a Yamamoto Zako and the other was ½-ounce with a Strike King Blade Minnow. He also used a Zoom Magnum Ultravibe Speed Worm.

9. Jacob Walker relied on a swimming worm and a NetBait Paca Slim under a 1 3/4-ounce tungsten weight.