Tosh Cashes in on Cal Delta 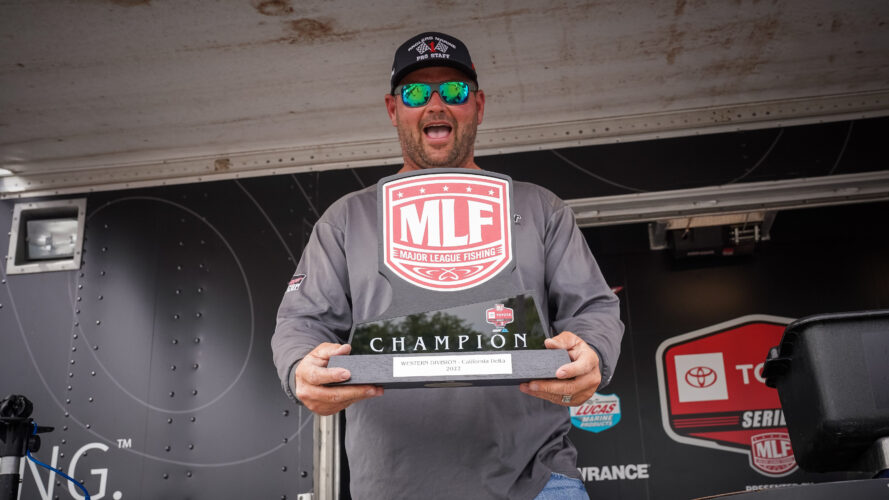 BETHEL ISLAND, Calif. – An old-school angler with old-school baits claimed the crown in the Toyota Series Presented by A.R.E. Western Division event on the California Delta. Ask second-generation pro Stephen “Bub” Tosh Jr., the man feared around the river system, and he’ll tell you he did it for the Greatest Generation.

“There’s a book,” he said. “I don’t know if kids read books. I know that’s an old thing, but The Greatest Generation was written about the age group of people that raised me. I came up all around them.”

Tosh’s history with the California Delta dates back to his earliest days on the water. Alongside his prolific tournament-fishing father, Stephen Tosh Sr., the boy known as “Bub” began to learn the ins and outs of this 1,000-mile river system in kindergarten. He idolized anglers like his father and Bass Fishing Hall of Fame inductee Dee Thomas, and even learned to play the game from the back of Thomas’ boat. He memorized the sloughs, islands and ponds of this ever-evolving landscape carved by people and nature along the Sacramento and San Joaquin rivers.

Thanks to the California Delta, Tosh became prolific at flipping, punching and boating big bass in vegetation. He learned about the unwritten codes of bass fishing: don’t pull up on other guys, don’t reveal where you’re fishing during an event, do go out of your way to teach people.

He also learned to become a ruthless competitor.

“Everybody always asks me, ‘How come you’re so good?’ The answer is because I fish here, and all of these guys are ruthless,” Tosh said. “They will drive right up on you and fish right where you are at. They don’t care. So you have to be a killer.”

“I sit in that room and I can remember every day,” he said. “It’s not about ego with me. I fished my whole life for moments like this. This is why I wake up. It’s the most insane feeling in the world to accomplish something you would be willing to sell your soul for so many times in your life. So many times, you come up short. When you win and beat all of the best guys on the best lake when they had their best stuff in the springtime – when everybody is catching giants – it makes a statement.”

Tosh’s latest statement came in one of the best seasons to fish the California Delta at a time when many anglers feel the fishery is looking its best in years. He made it over the course of three days, boating 59 pounds even and besting runner up Lane Olson by more than 4 pounds.

To do so, Tosh said he combined a duo of baits that are out of production with a modern-day staple.

“I had two 6-pounders this week and a couple of 5-pounders, but no giant fish,” he said. “Most of my fish came on a Transporter Frog made by Paycheck Baits that I designed years ago. They haven’t made them in years, but they’re going for $60 to $80 on eBay.”

Tosh’s other legacy bait was a Paycheck Baits Punch Skirt, another throwback to another time that he still has a few of in his tackle shop.

To supplement those baits, Tosh added a ChatterBait, a wacky-rigged Senko and a Lobina Rico Popper that helped him cull up with mostly 3-pounders. He boated them in secret, in hidden cuts and pockets tucked deep in the Delta’s maze, and that, he said, was by design.

“I think about my grandpa out there,” he added. “I think about my dad who doesn’t fish much anymore. I think about that older generation watching and fishing vicariously through me. I’m a tournament warrior that was raised by an extreme angler who fished until he couldn’t anymore.”