Toyota Series Northern Division Wraps Up at the Potomac River 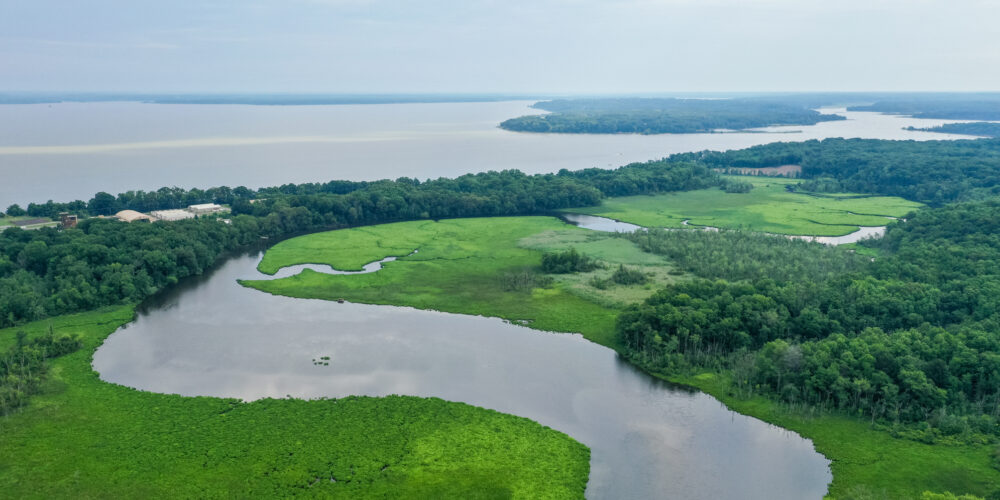 This spring’s Tackle Warehouse Pro Circuit Presented by Bad Boy Mowers stop on the Potomac River highlighted just how good it can be. Winning with 65 pounds, 3 ounces, Jacopo Gallelli surpassed many expectations and the rest of the field did great as well. Now, the Toyota Series Presented by A.R.E. Northern Division anglers get their crack at the historic river.

In addition to wrapping up the Northern Division, the Potomac event will also be one of the last chances for anglers to make the Toyota Series Championship via the Wild Card division. With just a Western Division event at Havasu left after the Potomac, time is running out to make the Championship.

Running roughly north to south, the Potomac is a major tributary of the Chesapeake Bay. Up above Washington, D.C., the river is shallow, rocky and home to some smallmouths – below that, the tide begins to take effect and the river broadens out. Where most tournaments are won, from about D.C. in the north to Potomac Creek in the south, there is a healthy population of largemouths living anywhere from the very backs of creeks to the grass beds smack on the main river.

Though the fishing usually toughens up as the summer goes on, it was dynamite this spring. Last September, the fishing wasn’t too shabby either for the Eastern Division event won by James Maupin – catching more than 13 pounds each day, Maupin whacked them on a spinnerbait on the final day.

Pro Circuit champ and Virginia native, Cody Pike reckons that last year’s event will be a good blueprint for this year’s showdown.

“It’s going to be very similar to last year,” says Pike. “The weights will probably be similar, but there probably definitely won’t be an 18-pound bag like [Wayne Vaughan] caught last year. I think if a guy can catch 14 pounds three days in a row he’ll stand a really good chance to win it.”

With the grass growing thick, Pike says it limits the options a bit.

“This time of year, it’s getting to be where you’re either going to be flipping or sitting way off the bank throwing a swim jig,” he says. “There’s more grass now than there has been. You know how that hydrilla gets, it just gets so thick in the summertime you can’t fish it because it’s not hollow underneath yet.”

A few years ago in late August, Marvin Reese took the win fishing hard cover up near D.C., which Pike thinks could also be viable.

“I think if a guy were to put their whole practice time into hard cover he could definitely stand out,” says Pike. “You have to manage your fish a whole lot better than in grass, but hard cover up there is something that really doesn’t get a whole lot of pressure, just because everybody that fishes up there fishes grass. But, if you see a big bag weighed-in this time of year, it’s more than likely off of hard cover. So, if a guy put their whole practice into hard cover, and ran the tide right, he could stand a chance to win.”

Though the fishing in the late summer and fall is a bit more hit and miss than postspawn fishing, Pike says that when you do find them, you often find quite a few.

“You can find a school that’s grouped up real well,” he outlines. “They get moving in the fall, a lot of times they go into those creeks, and you can catch them moving from those big areas like Belmont Bay towards the back of it. You can find them grouped up real good and catch a lot on a swim jig. They’ll be feeding, once you find them you should get bit, but it can be a struggle to find them.”

The Potomac isn’t a huge mystery when it comes to baits – over the years, grass baits, topwaters and some finesse options have won a ton of money on it. This time of year, Pike isn’t straying too far from the staples.

“If a guy can figure out how to catch them on that swim jig, that’s what’s going to get the better bites,” says Pike. “For my whole practice, I’d probably have a swim jig, a Senko and a 1 ½-ounce weight tied on.”

Crankbaits have caught fish on the Potomac as well, especially in the smaller creeks and around hard cover. Flipping jigs are also great options, especially around docks and rocks.