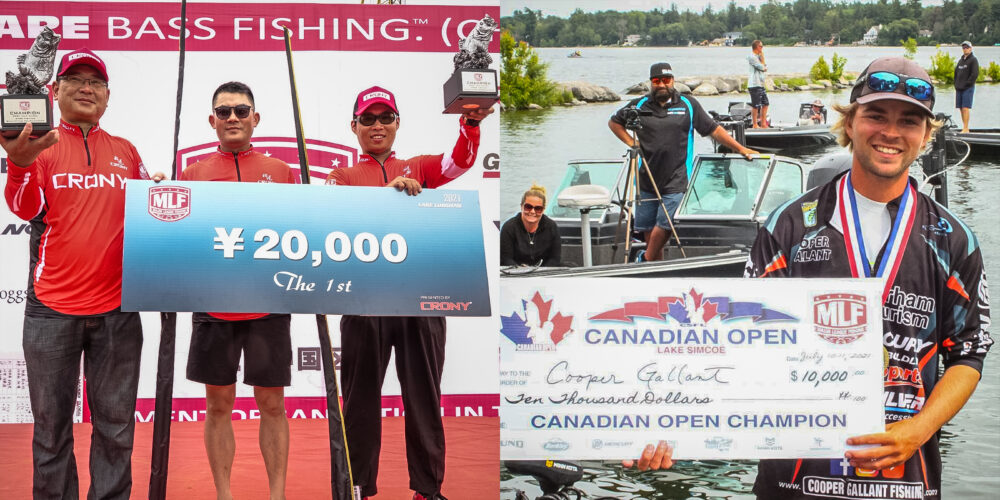 One of the highlights of the Toyota Series Championship is that it brings together anglers from all over the world. In addition to the qualifiers from the regular stateside divisions, the International Division is made up of the best from the various MLF international affiliates. This fall on Pickwick Lake, regional sticks and top pros will be competing, but so will anglers from Canada, China, Mexico, South Africa, Zimbabwe and elsewhere. Though all the international participants have yet to be finalized, the process is well under way and many of the standout international anglers are booking tickets and working on logistics right now.

Gallant, Graves Show Out on Simcoe

Taking place July 10-11 on Lake Simcoe, the MLF Canadian Open qualified the top two finishes on the pro and co-angler side to the Toyota Series Championship. Winning on the pro side, Canadian wunderkind Cooper Gallant tallied 51.16 pounds over two days. In second, Barry Graves punched his ticket to the championship with 46.62.

In its third year of operation, MLF Zimbabwe held their finals at Lake Mteri, where 18 teams battled for the top spot and the chance to head to Pickwick this fall. With a total of 73.41 pounds, pro Liam MacDonald and co-angler Ray De Jong earned the win, beating out Clint Skinner and Mark Phillips who weighed 72.75 pounds over three days. Skinner and Phillips caught 29.54 pounds on Day 1, and three 10-pounders were caught by Karl Eckard, Skinner and Steve Bristow.

Pro Side Set for Mexico

MLF Mexico is having two separate team tournaments to set the pro and co-angler qualifiers for the Toyota Series Championship. The first event at Cristo Roto took place September 10-11 and set the pro side, with Carlos Gomez and Eduardo Florez weighing six fish over two days for 35.36 pounds for the win. The next event is another team tournament scheduled for September 24 at Boquilla to decide who will head to the US as co-anglers.

Set at Albert Falls Dam, the MLF RSA National Championship qualified four anglers into the Toyota Series Championship. Winning the event, and qualifying as pros, the team of Kirk van Reeuwyk and Tiaan Odendaal weighed 43.98 pounds over three days. In second, the duo of Shaun John and Peet van der Schyff tallied 43.5 pounds to qualify as co-anglers. John and van der Schyff have both fished in the Toyota Series Championship before, while this will be the first appearance stateside for van Reeuwyk and Tiaan Odendaal.

MLF China hosted 22 teams at the beginning of the month on Lunshan Lake competing over two days for the top prize and a ticket to the Toyota Series Championship. Yiwei Yong and Yiquan Liu earned the win with 11.97 pounds, barely edging out Guochang Zeng and Wei Zhong, who tallied 11.86.