Bridgford Foods pro Randy Blaukat muses on what’s likely to happen when the Walmart FLW Tour makes its third stop of the season, this time on Sam Rayburn Lake in east Texas. 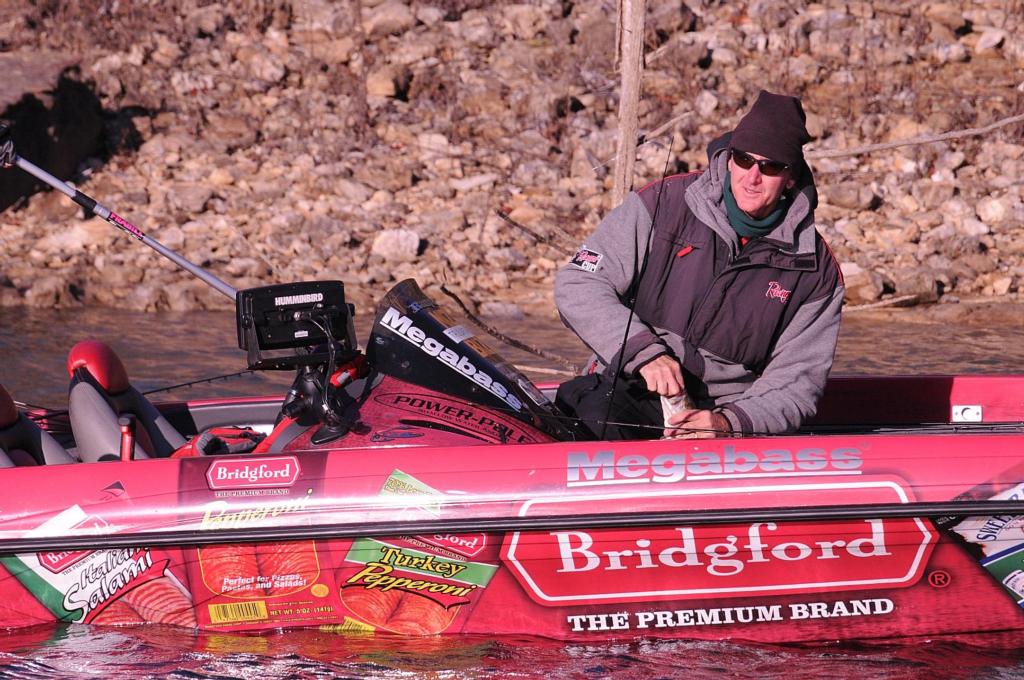 (Editor’s note: FLW Tour pro Randy Blaukat has agreed to provide a pre-tournament blog for each Walmart FLW Tour event of the 2014 season. This is his second installment.)

As many anglers who have been there know, there’s something special about driving through the pine forest-laden areas of east Texas in March, especially when the destination is Sam Rayburn Lake.

Rich in tournament history, Rayburn marks the third stop on the 2014 FLW Tour season, and this event will be a major turning point for many of us who are competing. Anything can happen. You could currently be sitting in 150th place in the point standings, begin a roll at Rayburn, and qualify for the 2014 Forrest Wood Cup. Or fate might dictate otherwise. You could be one of the leaders in the FLW Angler of the Year point standings heading into the tournament, and begin a slide that will relegate you to being a spectator at the Lake Murray championship in August.

Such is the reality of professional fishing.

Although there have been several FLW events in recent years on Sam Rayburn, it’s been more than a decade since a FLW Tour Major was held on the lake. In February 1998, Allen Head of Oklahoma won the FLW Tour stop there by deep-cranking ditches and outside grasslines.

Rayburn is a huge lake and can get rough in a hurry. I’ve seen it whipped up by a 30 mph north wind that made crossing the mid to lower lake a wild ride to say the least. Despite its size, Rayburn is similar to Okeechobee in the fact it fishes very small. From that standpoint alone, and like Okeechobee, I don’t consider Rayburn the ideal tournament venue. Don’t get me wrong. They are both great lakes, and I love to fish them for fun, but just not in tournaments. There are too many uncontrolled variables that can influence the outcome of the event. That is why all the anglers enjoyed Hartwell so much a few weeks ago, where the anglers could spread out and fish in peace.

On Rayburn, anglers tend to bunch up on the key grass flats. Ditches and drains that in the past were fished only by offshore experts like David Fritts because they were so hard to find, are unfortunately now community holes due to GPS mapping.

I had a talk with Kellogg’s pro and Rayburn standout Jim Tutt last week. Jim agreed with the fact that the fishing pressure concentrated on Rayburn the past few years has made the fishing a lot tougher. He said our event this week will be no exception, and the weights will be reflected as such, with around 20 pounds per day winning the event, and a 12- to 13-pound bag being a good string.

Currently, the lake is a couple feet away from full pool, and rising very slowly, with water temperatures ranging from the upper 50s to the low 60s. This combination will mean that the FLW anglers will be able to target spawning bass, maybe a few post-spawners, and some pre-spawners. This should be good news for everyone, as the lake is setting up for any angler to fish his own strengths.

Bed fishing, (although I would prefer we never have an event around the spawn, and just let them observe their spring ritual in peace) from the mid to lower lake will be a key factor. Even though the water temperatures are still on the cool side, the longer daylight hours will really be pushing a lot of fish to the bank to spawn.

In those same areas, there will be some post-spawn fry guarders that spawned on this last week’s full moon. And no doubt, there will be a group of pre-spawners on those outside grasslines, that are waiting for the lake’s core temperature to stabilize near that 60-degree mark.

Much of these areas and the techniques employed will be dependent upon the weather during the week of the tournament. Right now, everything looks pretty stable, with temperatures around normal to a bit on the cool side for this time of year, with no major rains or wind coming in. This should allow everyone to fish where and how they like.

I look for several techniques to dominate this event. I would say a lot of checks and top finishes are going to come via bed fishing. From the Black Forest south, the backs of the pockets and coves will be covered up with anglers buzzing through the areas, just looking in practice. Someone will find a cove loaded with fish ready to bite. These areas should hold a lot of post-spawn cruisers as well.

If bed fishing is not your deal, there should be quite a few other things going on as well. Rayburn is a Carolina-rig haven, and anytime the bass are in a pre-spawn mode, it’s a winning technique there. Depending upon the stage, outside and inside grasslines on the main lake flats could definitely produce a win or high finish this week.

The same with vibrating baits; you would think that after 40 years of seeing red vibrating lures buzzing over their heads, the bass at Rayburn would wise up to them. But they still are probably the number one lure on the lake early in the year. These main-lake grassbeds are going to be key. In addition to the Carolina rigs and vibrating lures, spinnerbaits and jigs fished in these same areas will produce some good sacks.

The challenge for all the contestants is not having to share a good spot or area with a bunch of other boats. Ditches and drains are the key to fishing those main lake grass flats, and as I mentioned at the beginning, thanks to GPS, everyone knows where they are. That makes boat draw a huge factor in this event. In practice you might find a grass point near a ditch, loaded with 5-pounders, or a spawning cove with big ones paired up everywhere. You are so pumped up that sleep is impossible the night before the tournament. You arrive there on day one of the tournament, only to find someone with an earlier draw has beat you to it, putting the hammer to them. Or my personal favorite most of us have experienced…the local who arrives first, has been there since daylight, and tells you about how the big ones were biting like crazy when he arrived, but just stopped. Bass are sloshing around in his livewell, and he’s ready to head back to the fish-cleaning station!

Despite all of this, lots of bass will cross the scales this week. If I had to make a prediction on where the winning bag will most likely come from, I’d have to say from one of those deep grasslines with ditches. Having several of these located, and rotating among them with a Carolina rig, jig, deep crankbaits, vibrating baits and spinnerbaits might be the ticket.

One other wildcard pattern will be deep brush. As with many of our aging lakes across the country, there’s a trend toward locals planting brushpiles and dominating tournaments all year long. That is why it’s so hard for an “outside pro” to win a Rayovac or BFL event. Planted brush is becoming a huge factor in the events. If an FLW pro has been given locations of some brush before the cutoff, or happened to stumble on some while side-imaging, those could be sleeper that could blow out the event.

Regardless, it’s going to be a fun week, and some big bags and big fish should make an appearance on the weigh-in stage.

Best of luck to all the contestants!