Big bass, and lots of them, can spoil us rotten 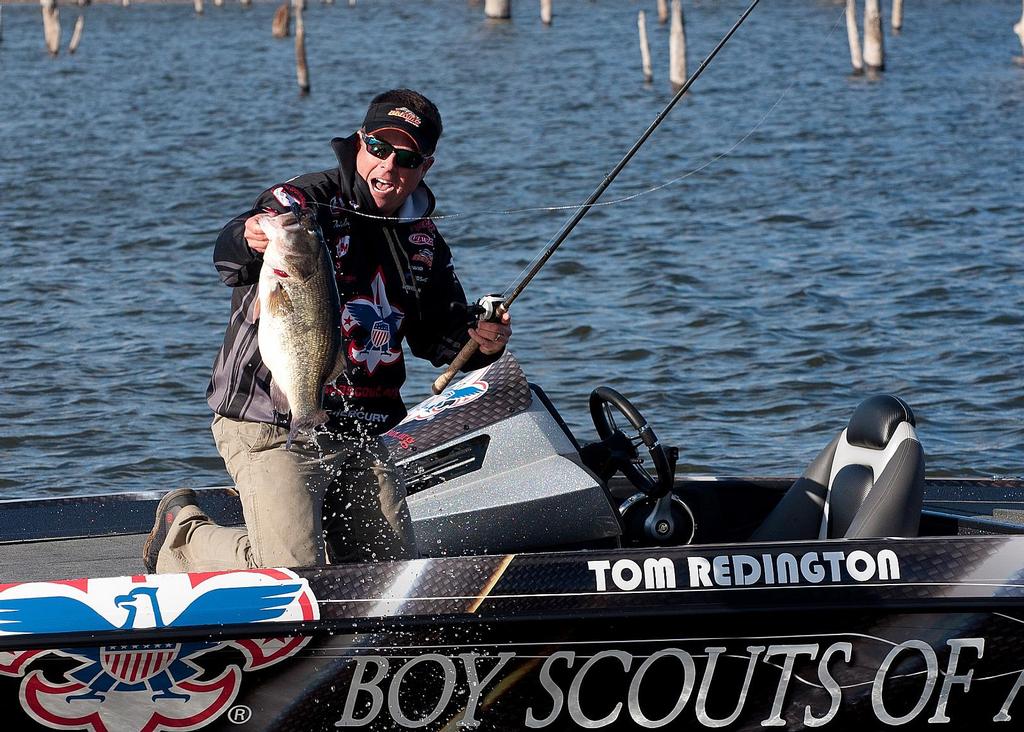 The writer’s opinions and observations expressed here are his own, and do not necessarily reflect or represent the views, policies or positions of FLW.

“Defense wins championships.” How many times have you heard that and seen it proven true? There’s no denying that in the truest sense of most sports, a smothering defense in football and basketball, or a dominating pitching performance in baseball, is nearly unbeatable.

Winning is what matters in the end, but if you could spin a magical sporting event wheel and go to any games past or present, what would you want it to land on? A defensive masterpiece? Or would you rather see Dan Marino passing for 500 yards and Barry Sanders dodging five tacklers on the way to 80-yard touchdowns; Magic Johnson’s no-look passes being answered by Michael Jordan’s thundering dunks; or Reggie Jackson or Albert Pujols smashing three homers in a World Series game? As any TV executive in charge of ratings will tell you, we love offense, and the more the better.

The same goes for fishing. Consistent pros like Andy Morgan and Cody Meyer get the utmost respect from their peers. They’re able to scrape together good limits in the poorest of conditions on the worst lakes when most others struggle. In many ways, a slow bite on a tough lake might be the truest test of angler skill, with the win only going to an angler that overcomes countless obstacles to put together a winning pattern for four days. Still, I hear more talk about slugfest tournaments than any others. And even among the most veteran pros, there is a special buzz anytime we hit a big-bass lake when it’s hot. Over the past few years, the Walmart FLW Tour has hit some of the very best lakes in the country, and I find it hard to keep under the speed limit on the way to them. Okeechobee, Chickamauga, Guntersville, Champlain, Kentucky Lake, Grand Lake and Pickwick are a few that quickly come to mind. They’re all known for giant bass or quantities of big fish, and both in some cases.

Sometimes poor conditions or the wrong time of year can dampen the big-bass buzz, but never has a lake lived up to the hype like Lake Fork at the Texas Bass Classic in early May. With 18 of the top 20 ranked bass pros fishing in a field that also included some of the most savvy bass anglers in the country, it was a record-setting catch.

Check this out: Walmart FLW Tour Pro Stetson Blaylock caught 102.75 pounds over three days, averaging 6.85 pounds per fish. Few anglers have ever broken 100 pounds in a three-day tournament, and to my knowledge only Greg Hackney and Terry Bolton have done it in a pro-level event (at the 2008 FLW Series East/West Fish-Off on Falcon Lake).

Despite a monster creel of almost 103 pounds, Stetson finished second. He wound up more than 7 pounds out of the lead. Take a minute to digest that. As everyone knows by now, Keith Combs went on an epic offensive for three days straight, with an all-time record-setting total for a three-day, five-fish-limit event of 110 pounds, a 7.33-pound-per-fish average. Seventh place was almost 93 pounds, or an average of about 6 pounds per bass for 15 fish. Just about anywhere else, a 20-pound stringer each day would earn a landslide victory. Sorry, little buddy, at Lake Fork in the Texas Bass Classic that sort of stringer would get you 41st place in a 50-angler field.

I’ve guided on Lake Fork for 10 years now and absolutely love catching monster bass on a regular basis, but there is a dark side. I’ve lost count of how many times I’ve heard the following phrases uttered, or even said them myself: “Our best five only went 28 pounds today, just a bunch of 5-pounders.” Or, after landing a 7- or 8-pounder: “That fish was pulling really hard, and when I first saw the head come out of the water, I thought it was a big one.” Disappointed by a 7 or 8? Really? That’s human nature, though, and how it affects expectations. After winning 27 World Series championships, New York Yankees fans will settle for nothing less than a title, and we bass anglers can be just as hard to please.

Fishing a lake like Fork when the bite is on will spoil you. Your fishing buddies might tire of seeing a dozen big-fish picture texts from you, but I’d definitely recommend the experience to anyone. No doubt all of us fishing the Walmart FLW Tour on Pickwick Lake and Kentucky Lake in the coming weeks hope to have similar problems, complaining about boatloads of 4- and 5-pounders without being able to catch any “good ones.” In fishing, being spoiled is a good thing, especially come tourney week.