Is Kentucky Lake the best tournament lake in the country? 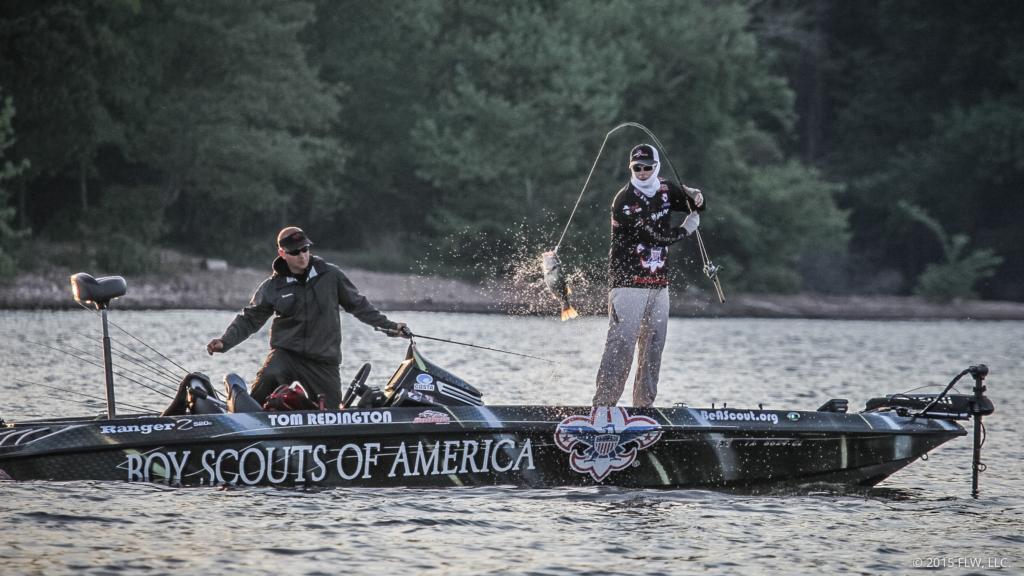 Poor Lake Barkley. It’s as spectacular as the Grand Tetons and nearly as vast and full of wildlife in and around it. With its 58,000 acres of ledges and shoreline cover packed with bass, Barkley would be the top tournament destination in most any other state. Except … there’s Kentucky Lake right next door. It’s always the center of attention, the headliner, and every time the FLW Tour visits the area (often launching in Kentucky Lake a couple miles from a canal leading to Barkley), anglers blow past Barkley like my mom and dad’s station wagon did through the Tetons in the ’80s en route to Yellowstone National Park.

I hope Barkley doesn’t take it personally and develop an inferiority complex, as pros such as Ramie Colson and Jay Yelas consistently score top finishes there. It’s not that Barkley isn’t awesome. It’s just that Kentucky Lake is, well, even awesomer.

The whole Tennessee River chain is known for great ledge fishing, but Kentucky Lake is in a league by itself. Guntersville, Chickamauga and Pickwick are routinely mentioned among the best lakes in the U.S., with winning weights averaging well over 20 pounds per day in three- and four-day events. However, put a big tournament on those lakes with 100 or more boats and the seemingly vast reservoirs get pretty crowded in a hurry. It reminds me of when I was a boy and video games first became popular. The three PAC-MAN, Caterpillar and Asteroids games at the local pizza joint were great when you got to play them, but you got to play them only after the kid in the parachute pants with the 5-pound bag of quarters got done playing them first. Fishing Kentucky Lake, on the other hand, is like the first time they opened a video arcade at the local shopping mall – if there was a line for one game, there were a dozen other cool ones with nobody playing them. Case in point: A few weeks ago at the Rayovac FLW Series, our tournament overlapped another major event, and there were more than 500 boats from one tournament or another on the water Friday. Amazingly, bags weighing in the upper teens and low 20s were routinely brought to the scales in either event, and few anglers had problems finding a spot to fish. How many other lakes could produce those kinds of catches in numbers?

What makes Kentucky Lake so good? The way I see it, Kentucky Lake has so many of the necessary ingredients that make for an awesome fishery, and in astronomical quantities. Although it’s primarily known as a ledge fishery, Kentucky Lake is lined up and down with giant shallow bays with hard bottoms, so finding a suitable spawning area for a bass is easy. For juvenile bass, flooded weeds and bushes provided excellent cover in high-water springs, while periods of plentiful hydrilla produce bumper crops of bass in the areas blessed with it. Take this ideal bass-producing environment and stretch it 80 miles long and you have possibly the biggest bass hatchery on the planet.

Even better, of its immense 160,000 acres (250 square miles) of water, almost all is prime bass habitat of 30 feet deep or less whose bottom is composed of rolling hills and valleys, with the exception of the old river channel. With literally millions and millions of baby bass born annually and hundreds of square miles for them to reside and prosper, it isn’t hard to figure out why so many fish live in Kentucky Lake.

Small wonder Kentucky Lake seems to be booming now. A couple years ago, the lake had a nearly endless supply of bass from 14 to 16 inches in length. Now, it appears those bass have grown up, with most big schools being dominated by 2 1/2- to 4-pound fish, plus some true bucketmouths mixed in. Given the choice between catching lots of fish or big fish, if  – like me – you’d respond “both,” Kentucky Lake fits the bill.

As I write this on a hot day in Texas, I think back to visiting the cool mountains of Yellowstone as a child with my family a couple of times, later returning with my wife and more recently with my son as well. Whereas I quickly tired of video games after they became repetitious to me, the grandeur of nature in Yellowstone never fails to impress, whether because of her renewal from devastating forest fires or the random up-close-and-personal encounter with a grizzly or bull elk during a hike. And with all due respect to the Grand Tetons and to Lake Barkley, whether I win at Kentucky Lake or finish in last place, there are few places I’d rather be fishing an event at the end of June than this, the Yellowstone of tournament lakes.