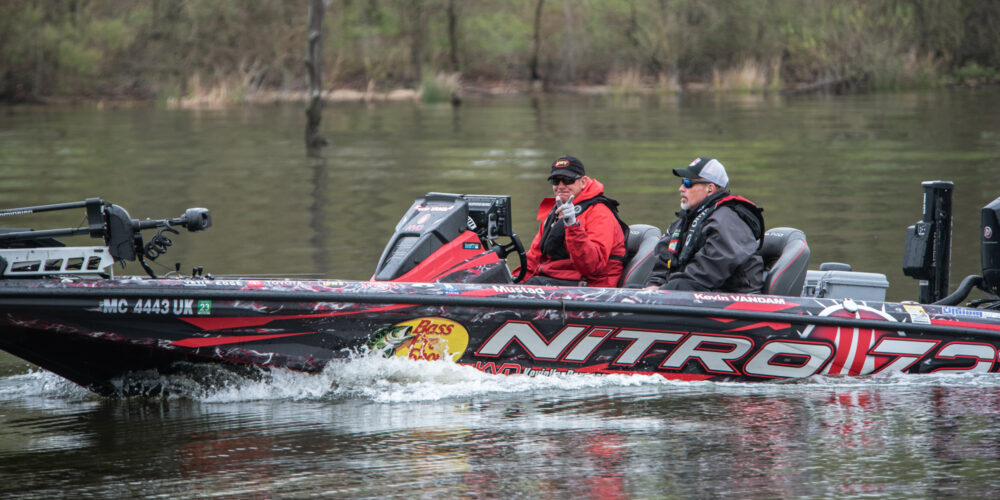 Kevin VanDam knows the impact of innovation on the bass fishing world. As technology continues to improve, so does the fishing. Photo by Garrick Dixon
October 27, 2020 • Kevin VanDam • Angler Columns

Lately, I’ve been asked a lot about “all this new technology,” that has “suddenly” appeared in the sport of professional fishing. The fact is, the evolution of fishing technology didn’t just start with side imaging or forward-facing sonar: improvements in fishing technology have been an ongoing process since the day the first bass was caught.

Over the course of my last several blogs, I’ve presented a brief history class in the evolution of GPS, digital mapping, sonar and positioning tools. In doing so, my hope was to shed a little light on how many times these advancements have improved fishing for everyone.

Right now, I’m hearing a lot of people saying these forward-facing sonar devices are unprecedented and are going to change our sport forever. I heard those exact same words in the early 90s when GPS came out.

And again when side imaging was developed. And again with spot-lock trolling motors.

Innovation is an inherent part of competition. In professional bass fishing, we’re all seeking a competitive advantage – that’s what feeds innovation. The pros are usually the first to have access to new tools and technology to test in the field and in competition.

The Sport Catches Up, Every Time

When a fishing innovation works, the first anglers who have it will have a competitive advantage and likely do well in tournaments because of it.  Competitors who don’t have immediate access to the innovation are usually not too happy about it until they get the advancement, or some version of it, for themselves.

Once everyone in the field gets the new tool, the playing field levels again until the next improvement comes out.

In most cases, the long-term benefit of this process is that the advancement is eventually made available in the fishing marketplace for anyone to buy. Usually by that time, the price point has come down allowing any angler – from tournament guys to recreational bass anglers – to enjoy the same exact fish-finding technology that the best pros in the world use.

When you look at all that the average electronic “fish finder” does these days compared to what they used to do, there’s no question that innovation and advancements in fish finding technology has helped the average angler catch and find more bass than they could 20 years ago.

As a professional angler, I’m in the business of devising and promoting more efficient fish-catching processes. Part of my job is to help the companies I work for design, develop and bring to market products that help people catch fish. One of the most rewarding parts of my job is to watch a fishing show or YouTube video and see an angler catch bass on something that I had a hand in designing, advancing or improving. And I’m not going to make any apologies for that.

After all, who wants to go back to being completely lost on a giant lake, fighting waves with a stiff, foot-controlled trolling motor while trying to catch red blips off a flasher that is only looking at 10 feet of the bottom at any given time?