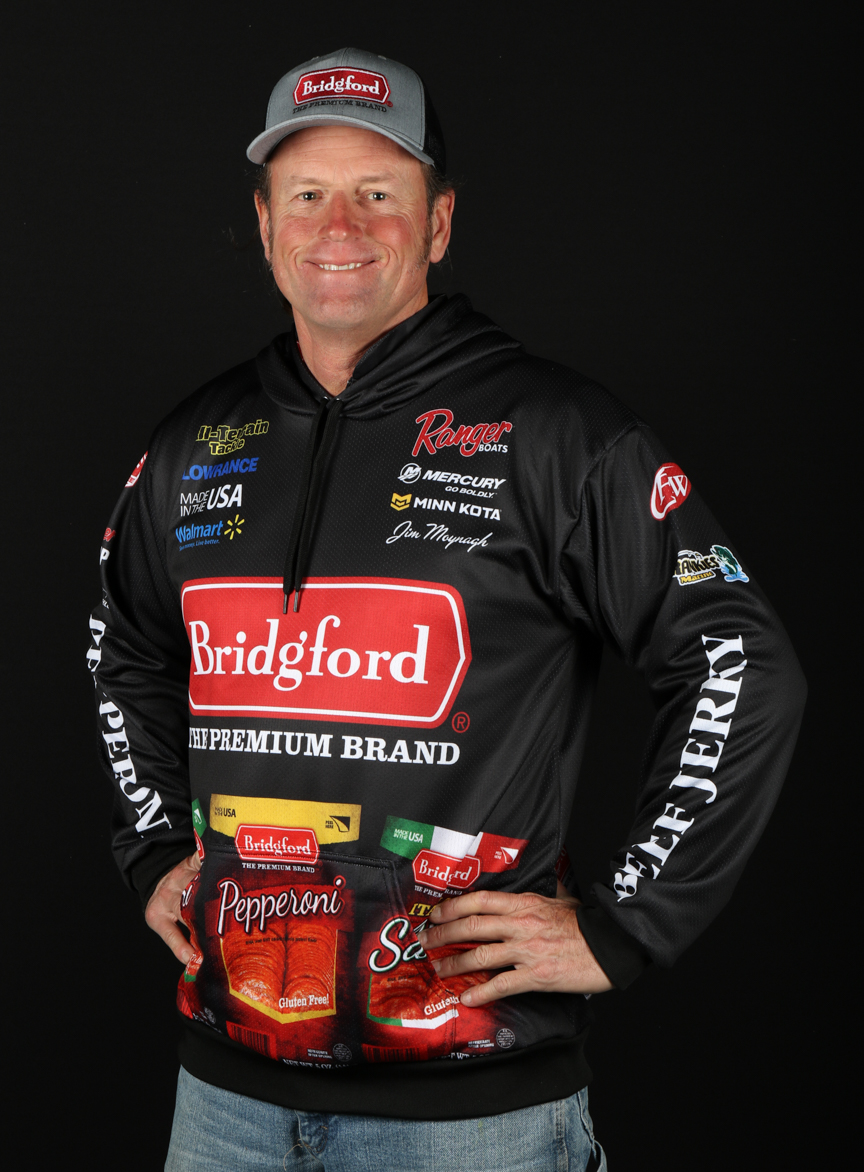 One of the very few anglers on the Tour from the state of Minnesota, Moynagh is considered one of the veterans of the Tour. In 2012, he battled hard for the FLW Tour Angler of the Year title, coming into the last event of season behind by just a few points. He ended up finishing fourth due to his worst finish of the year (70th). This wasn’t the first time Moynagh has been in contention for an AOY title, coming in third in 2006 and an eighth in 1998. Throughout his career has earned more than $1 million in winnings, claimed several victories and notched an impressive amount of top-10 finishes. Moynagh is married and has two sons. His favorite technique is fishing with a jig and his favorite body of water is Lake of the Woods in Minnesota. He still remembers catching his first Muskie there as a young teenager.