AARON MARTENS: “I Know We’ll Get Through This” 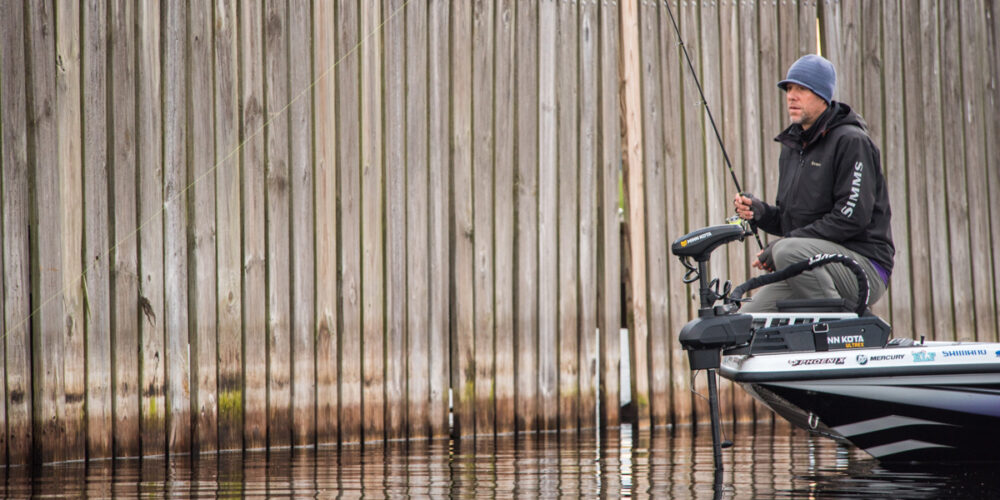 The voice on the phone is a familiar one, happy and mellow with a telltale hint of Southern California: “Hey bro, how’s it going?” Aaron Martens says.

The fact that he’s even calling is astounding, given the fact that Martens is recovering from major surgery to remove a cancerous growth from his brain. It’s 2 o’clock in the afternoon at his home in Leeds, Alabama – less than 48 hours after a surgeon from Grandview Regional Medical Center in Birmingham removed a quarter-sized tumor from Martens’ brain stem – and the lovable SoCal transplant wants to chat.

“I’m in a lot of pain right now, they did a lot of cutting and stabbing,” he admits, his voice tinged with tiredness. “I have an incredible headache. I don’t like painkillers, so I’m trying to do my best to just keep it iced. I’m very uncomfortable, but I have a pretty high tolerance for pain, so I’m doing okay. I’m ready to get through this.”

Martens’ April 22 surgery was the second of two procedures to remove a pair of tumors from his brain that were discovered on April 5. The Alabama pro had been rushed to the Grandview emergency room on April 4, after suffering seizure-like symptoms while fishing on Lay Lake with two friends.

Martens’ first surgery (on April 6) successfully removed a tumor from his frontal lobe, sending him home to recuperate and undergo further testing and prognosis for the second tumor, which was located much deeper in his brain.

Second and third opinions confirmed the severity of the second tumor, and that surgical removal was a better option than simply treating it with radiation.

It was frightening news, but news that Martens welcomed.

“When we first found out that I had multiple tumors, and that one of them was really deep – at the base of my skull against the brain stem – it was pretty scary,” Martens says. “But I was happy when they decided that they could get that second tumor by surgery. I was scared, for sure, but also super relieved. I didn’t want them to try to radiate it that far in my brain. I feel a lot better having it cut out.”

Martens’ second surgery was deemed “a total success” and he was released the following day, two days earlier than anticipated, an almost-unheard-of rate of recovery that mirrored his first surgery. According to Martens, the incision made in his skull during the first procedure had almost fully healed by the time the second surgery was performed 16 days later. And despite bouts of intense post-operative pain caused by swelling, follow-up MRIs and testing show that Martens is healing well following the second procedure.

“My doctor says that he’s never seen anybody heal like that,” Martens says. “With all the prayers, and the health and fitness that I work so hard at, he says he’s never seen a person heal as fast as I’ve healed. I think people know the amount of physical activity and the crazy amount of work that I do to stay fit and healthy, but that’s why I do a lot of it, for that reason: It helps my healing. The only way I can fish is to stay super fit and healthy.”

“I thought that something didn’t feel right”

Martens admits that he had felt “a little funny” in the months leading up to his diagnosis, pointing to the September 2019 Patriot Cup competition in Muskogee, Oklahoma as the first time that he felt symptoms, which he thought were allergy-related at the time.

“There was a lot of pollen there at the time, and it was real hot and humid,” Martens says. “I was having these euphoric feelings, and I’d smell things really strongly. I would smell oak pollen, and then this chemical smell. The oak pollen would bring on these feelings – it wasn’t overpowering or wouldn’t make me lose vision or anything, but I just felt funny. It bothered me and I thought that something didn’t feel right, but as soon as the air would dry out, I wouldn’t have those episodes anymore.

“They completely went away and I felt normal until maybe a week or two before the seizure that put me in the hospital. I was fishing a lot at that time, and I thought it was just grass pollen because everybody was cutting their grass, and I could smell the grass real strong. But it turns out that those smells and those euphoric feelings were seizures.”

Ready for the Road Ahead

Over the course of the conversation, Martens’ voice loses all traces of tiredness. He’s his usual enthusiastic self when talking about the amount of fishing he was doing before his procedures – “Bro, I was fishing a lot, and was fishing so good! Everything felt like it was coming really easy to me,” he says – and is unerringly positive and upbeat about the weeks ahead.

Martens will continue treatment with radiation and chemotherapy to eliminate any remaining dangerous cells associated with the two tumors, and to ward against similar tumors spreading to other parts of his brain. He’s eating to gain weight, is walking daily with his wife Lesley and children Jordan and Spencer, and is hopeful that he’ll be cleared soon for even more vigorous activity to help maintain his strength for the times ahead.

“A major part of the radiation is the healing – that’s the part that’s so hard on your body,” Martens says. “But the fact I do heal so fast is a plus for my radiation and chemo. The healing process from radiation is what causes people to want to give up because it just makes you feel awful, but Lesley and I are working on my diet and my health so I’m as ready for it as I can be.

“A lot of people who are fighting the same things have reached out, and they’ve been sharing with us all the little things they learned about it. Certain things to avoid, certain little things you can do to help. It’s been extremely humbling, the amount of love and thoughts and prayers that people have shared with my family. When I was going under the second time, knowing that so many people cared about me was just amazing. It brought me to tears.”

Martens finishes the conversation just as he does almost every conversation with friends: With a promise to spend more time with them.