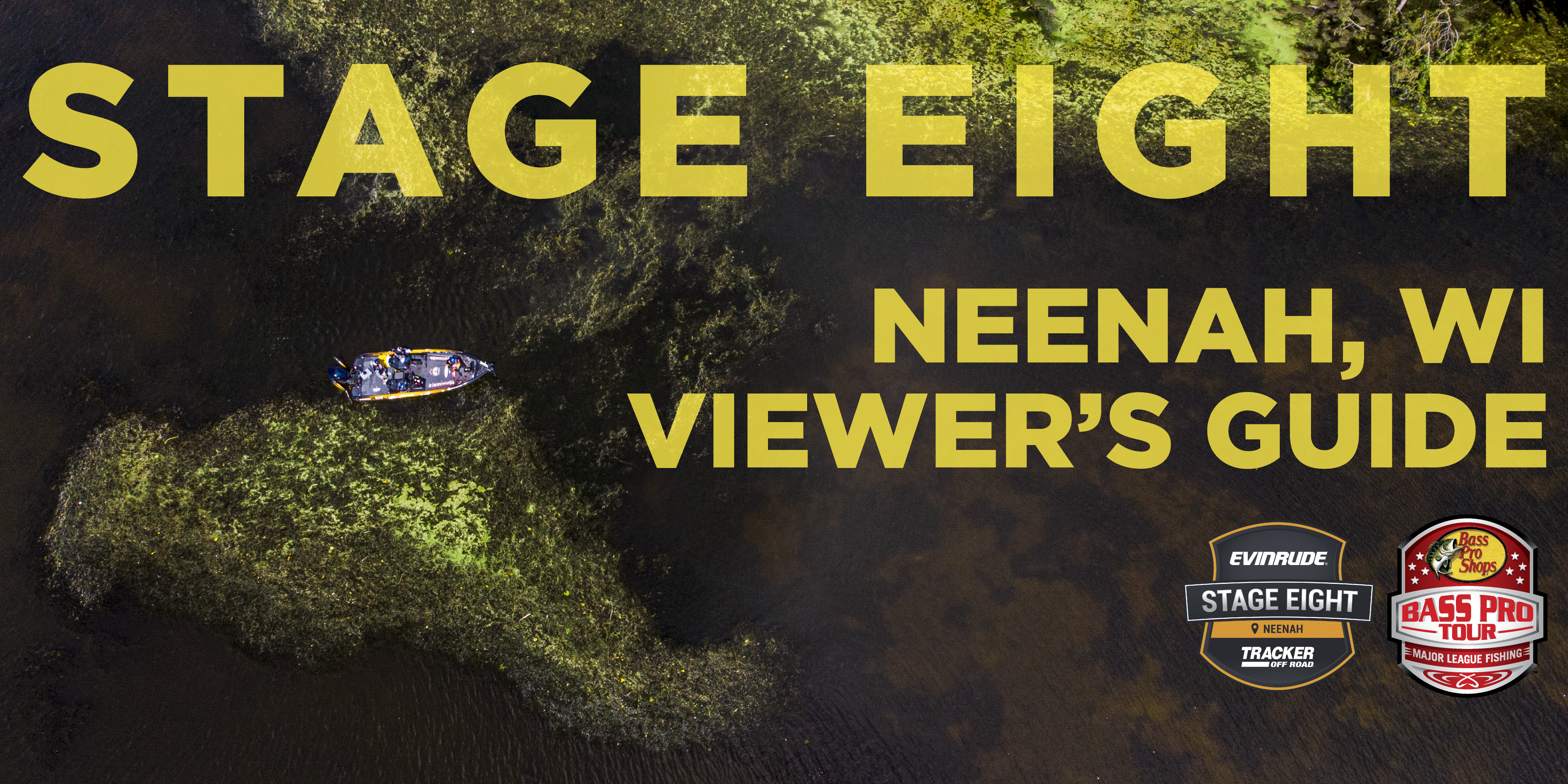 NEENAH, Wis. – Through seven events in the regular-season schedule of the 2019 MLF Bass Pro Tour, the 80-man field had fished a diverse lineup of fisheries that ranged from the shallow-water flipping patterns of central Florida to the deep, clear finesse patterns of the Ozark Mountains.

So for the final stop on the 2019 schedule – Neenah, Wisconson, the site of Evinrude Stage Eight Presented by Tracker Off Road – it seemed appropriate that the fisheries would serve up a little of both.

As viewers sit down for the eighth episode of the Bass Pro Tour on Discovery Channel this Saturday, Nov. 23 (7 to 9 a.m. in both the Eastern and Pacific time zones), they’ll witness the final stop on the road to REDCREST (the championship event of the Bass Pro Tour), and an honest-to-goodness first look at a fishery that the majority of the field had never even heard of prior to 2019, much less competed on.

Here are a handful of factors to pay attention to as a new episode of the Bass Pro Tour premieres this Saturday:

Stage Eight presented the 80-angler field the challenge of deciphering not one, not two, but three different fisheries within the six-day competition window (plus two practice days). The Shotgun and Elimination rounds had been contested on Lake Winnebago, a massive (137,000-acre), shallow (maximum depth of 21 feet) lake that had produced hearty numbers of both smallmouth and largemouth as the field was pared down to 40.

The Knockout Round moved to Lake Butte des Morts, an impoundment of the Fox River that shared a few similarities with Winnebago – similar cover, etc. – and similar productivity.

But for the 10 anglers who advanced to the Championship Round – Andy Morgan, James Elam, Gerald Spohrer, Cliff Pace, Jacob Wheeler, Casey Ashley, Brandon Coulter, Gary Klein, Brent Ehrler and Bobby Lane – the challenge started fresh on yet another fishery: 8,000-acre Green Lake, a deep, clear lake with the potential for 7- to 8-pound largemouth, and prolific numbers and size of smallmouth.

The final 10 were not allowed to wet a line on Green Lake prior to the final day, instead taking just a quick two-hour “run around” to scout the lake on one of their off days. That translated into a true 10-man sprint for the championship trophy on a fishery that none of the competitors had ever fished before.

With a maximum depth of 236 feet, gin-clear water, and an abundance of docks and deep, offshore rock piles, Green Lake represented a significant change in some of the most basic conditions of the competition. But top among those was the fish: would the Championship 10 focus on bedding fish (which had revealed themselves in abundance during the aforementioned ride-arounds) or identify some other key condition that would lead them to victory?

Heading into the Stage Eight Championship Round, it was hard to imagine an angler on a hotter streak than Jacob Wheeler. The winner of the previous Bass Pro Tour event (Stage Seven on Table Rock Lake in Missouri), Wheeler had also finished fifth in Stage Six, giving the Tennessee pro his third Top 10 in a row (and his fourth in eight events) when the action began on Green Lake.

Lane and Pace didn’t lag far behind: Both were competing in their second Championship Round in three events (Lane his second in a row).