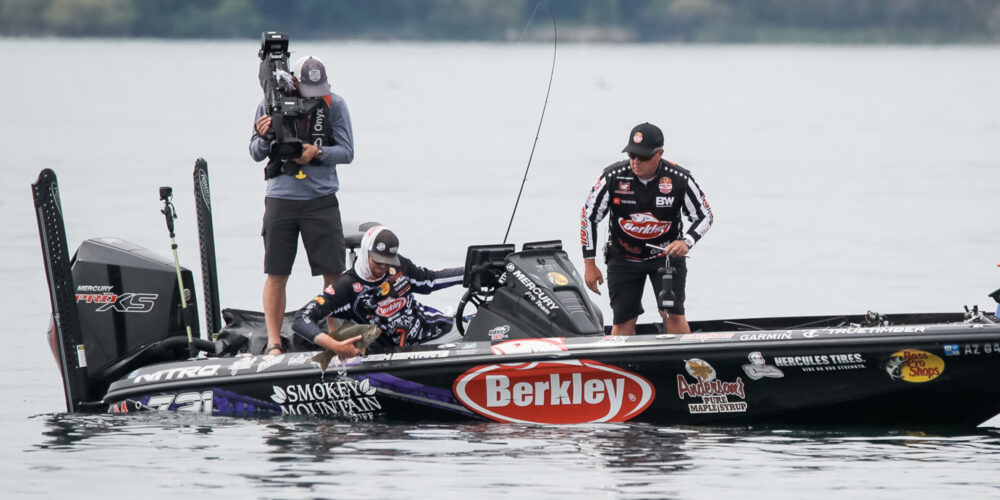 Over the past handful of years, the bass fishing world has seen the jerkbait evolve from being a lure that was most suited for specific times and conditions to a bait that anglers throw throughout the year in various, diverse situations. Arizona pro Josh Bertrand has been an enthusiastic participant in the jerkbait’s evolution, and credits three things for the expansion of bait’s “range”: better quality jerkbaits, forward-facing sonar and the advancement of general fish-behavior knowledge among bass anglers.

A New Age of Jerkbaits

One of the biggest things Bertrand points to is higher-quality jerkbaits that cast further, react better, and look more realistic.

“Ten years ago, you had some good jerkbaits that caught tons of fish, but they were so hard to cast,” he said. “If it was a windy day, it made it even harder and really, the only way to fish them was with super light line or with a spinning rod.”

The best jerkbaits of 2021 generally have some sort of weight transfer system, which is one of the biggest things Bertrand sees from baits like his personal favorite, the Berkley Stunna.

“Everything about jerkbaits now is better because they cast better and have better hooks and paint jobs,” he said. “They’re all really dialed in and will suspend, slowly rise or slowly sink.”

We’ve witnessed it several times on the Bass Pro Tour: anglers enjoying tournament-winning success fishing a jerkbait while watching their forward-facing sonar, as evidenced with big wins such as Dustin Connell’s triumph at REDCREST on Lake Eufaula, Alabama in March.

“You’re seeing guys win tournaments on venues that were never considered jerkbait lakes, just because of forward-facing sonar,” Bertrand said. “This technology has allowed anglers to target suspended fish over brush and timber that were too hard to target before. I’d say a jerkbait and drop-shot are the two best baits for watching fish with forward-facing sonar because you can keep the bait right in front of the fish.”

Through trial and error, Bertrand has learned a few things about maximizing the use of his Garmin Panoptix LiveScope.

“The biggest thing is to not set your range too far out,” he advised. “If you’re just learning to use (live sonar), you may get too aggressive and have your range set too far, and you lose a lot of detail. I suggest setting the range at 50 to 60 feet out, which will be less than your cast, but it will let you dial in what the fish are doing and how they react much easier.”

For many years, jerkbaits were thought of as the perfect tool for prespawn fishing – with some usage in northern waters for smallmouth all year long – but they’ve become a tool for all seasons and conditions.

“It used just to be cold water, early spring when everyone was throwing them,” Bertrand said. “I think it is partly because fishermen have gotten better and learned they work all the time. The other thing is that there are now jerkbaits for all situations, with different diving depths and actions.”

To maximize his jerkbait usage, Bertrand uses both shallow and deep-diving baits and varies his cadences based on the water temperature.

“The cool thing about using LiveScope is that you can get dialed into what gets fish to react much easier,” he shared. “It makes it easier to experiment, to see what the fish want that day, but I do have some general rules of thumb. I like to use much shorter pauses when it’s warmer and longer pauses when it’s colder water and deeper baits in the cold and shallower divers when it’s warmer.”

Bertrand has one final tip for fishing a jerkbait effectively.

“The most important thing is to have some slack in your line when you rip the bait,” he said. “That slack in your line lets your bait dart much harder from side-to-side, and I want to hear that line slapping the water when I’m doing it. That’s what I am always trying to do most of the time unless it is really cold and you want a more subdued action.”