EDWIN EVERS: REDCREST Practice is Over, Let’s Get Started! 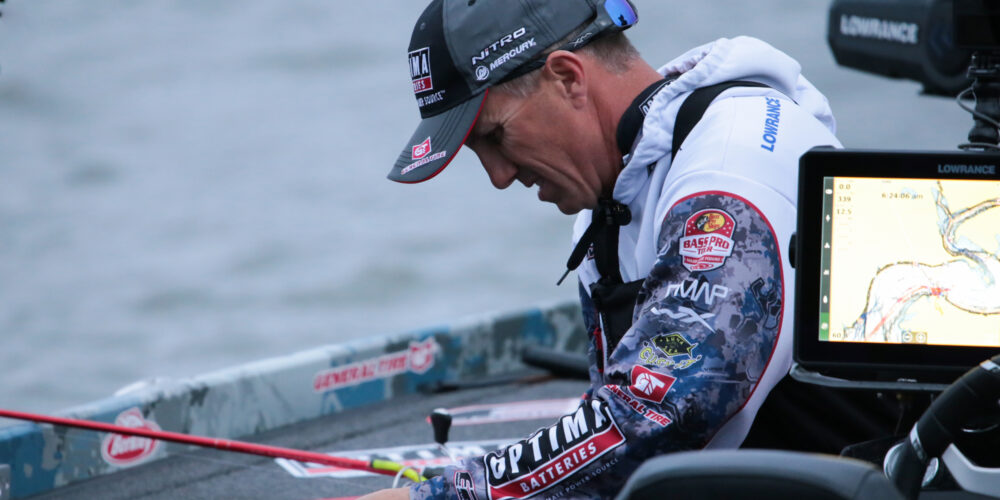 REDCREST practice is over, now it's time to put all the pieces together. Photo by Josh Gassmann. Angler: Edwin Evers.
March 22, 2022 • Edwin Evers • Bass Pro Tour

We’ll crown a REDCREST champ on Sunday afternoon, and I hope to be in the hunt. It would be great to be the first two-time REDCREST champion.

Right now, the questions that everyone’s asking after practice are: “How was it?” “Are you on ‘em?” “Do you think you can win?”

Of course, those are tough questions to answer. If this was a five-fish-per-day tournament, I’d feel really good about my chances. The fish I caught over two days of practice on Sunday and Monday were quality fish, but I didn’t catch a lot of them. I think I could put together some heavy bags with a five-fish limit, but that’s not the way it works. Our format is more challenging than that.

When every scorable fish weighing 2 pounds or better counts, it can be a lot tougher to figure out just where you are relative to the rest of the field. Instead of targeting big fish, I’m looking for a big bunch of fish. Typically, the giant schools are not made up of giant bass. There just aren’t that many giant bass on any body of water, but if you can locate a world of keepers, you’re set. That’s what I was able to do in 2019 when I won the first REDCREST.

Fortunately, Grand Lake is absolutely full of 2- and 3-pound bass.

Right now, there are a few distinct patterns working on Grand, and the bass range from late prespawn (just about ready to make their nests and lay their eggs) to still holding in their winter areas. So, you can find them all the way from very shallow water out to 20 feet or so.

And you can catch them on all kinds of lures that effectively work those depths, from bladed jigs (including a Berkley prototype I really like) and jerkbaits (Berkley Stunna) to crankbaits and jigs. I’m going to start the first competition day with at least a dozen rods on my front deck, and I’ll probably use them all.

A lot will depend on the weather. Wednesday is going to be cloudy. Thursday will be partly cloudy. We’ve also had a lot of rain. The ponds at home were low. Now they’re running over the spillways. I didn’t expect so much runoff to reach the lake, but it rained so hard that the water hardly had a chance to seep into the ground.

Things like cloud cover, wind direction, and water color are going to determine where I start on Wednesday. If it’s cloudy, I know where I’m going. If it’s not cloudy, I know I’m going somewhere else.

I’m optimistic going into the Qualifying Rounds, but I always try to be optimistic. I feel like I can get on some fish — quality fish — pretty quickly.

A couple of things I try to keep in perspective are that I have two days to fish in the Qualifying Round, so if things start slow, there’s time to recover. The other thing is that my goal is not to win the Qualifying or Knockout Rounds, but just to survive and advance to the Championship Round, where we erase the weights and start all over again.

As long as I get to the Championship Round, I’m having a good tournament. You can check in with me every day right here as I bring you up to date on how I’m fishing and what I’m thinking during REDCREST.

And if you’re in the Tulsa area, please stop by Expo Square Friday through Sunday and check out the E2 Pecans booth (No. 726). We’ll have pecans, caps, T-shirts, and other stuff for sale. We’ll also have a spin-to-win wheel with prizes like tires from General Tire plus caps, jerseys, dry bags, stickers and more from my sponsors. And if you’d like to get your picture taken with my REDCREST or Bassmaster Classic trophies, you can do that, too.