Evers’ Early Season Performance Ranks Among the Best of All Time 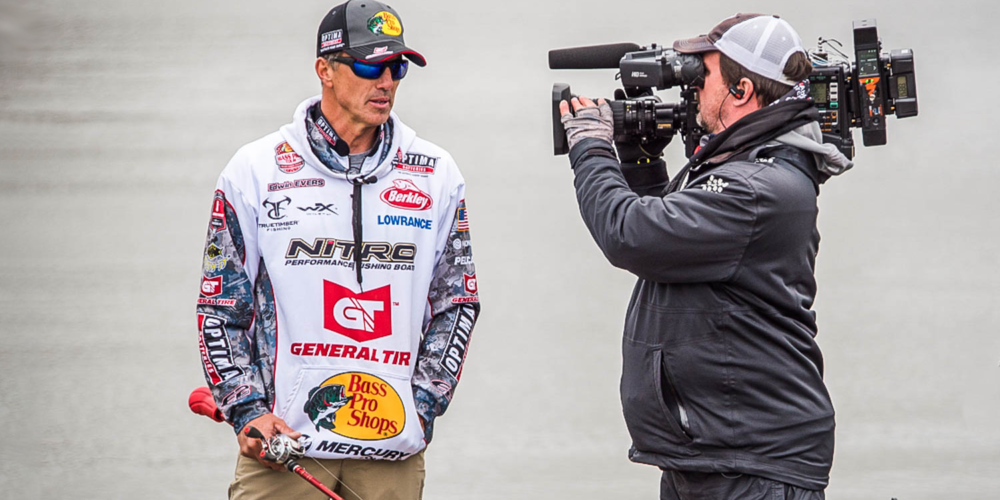 MLF pro Edwin Evers has finished in the Top 10 in all four events through the first half of the Bass Pro Tour season. Photo by Garrick Dixon
April 23, 2019 • Joel Shangle • Bass Pro Tour

As you skim through the numbers for the first half of the 2019 MLF Bass Pro Tour season, several impressive individual statistics jump out at you: Andy Morgan’s 224-pound, 8-ounce fish-catching showcase on Lake Chickamauga in Stage Four; Kelly Jordon’s 82-4 single-day blitzkrieg in the first Shotgun Round on Falls Lake in Raleigh, N.C.; Zack Birge’s 105-6 performance in the Shotgun and Elimination rounds in Dayton, Tennessee.

Those are the finishes, in order, of MLF pro Edwin Evers in the first four stages of the 2019 season.

The Oklahoma pro has qualified for all four Championship Rounds – the only angler in the 80-man field to do so – and has earned 310 of the maximum 320 points in the race for the Points Championship. Through events held in Florida, Texas, North Carolina and Tennessee, Evers’ average finish is fourth place (rounded down!).

It’s been a dominant performance by the 21-year pro, who came into the 2019 season as one of the 10 highest money-winners in professional bass-fishing history.

“What’s most amazing to me about the way Edwin has performed is that everything is different,” said MLF NOW! analyst JT Kenney. “The whole structure of what we do has changed, and for Edwin to come out and be as good as he’s been isn’t just impressive, it’s amazing. He seems like he’s a little bit ahead of the curve – Edwin has fished MLF before so he knows the format well, but it’s not just that. It’s a bunch of little things that he seems to be just a little more efficient than everybody else. He’s making the right decisions, and he just seems super smooth at everything he’s doing.”

Evers’ First Half One of the All-Time Best

How does the first half of Evers’ season compare to the most dominant performances in modern professional bass-fishing history? As one of the best of all time through the midway point of any single season:

“What we’re watching is truly one of those once-in-a-lifetime moments in sports,” said MLF NOW! analyst Marty Stone. “You’re seeing a guy who’s in the prime age to be successful in the sport of professional bass fishing. There’s a maturity level there, and an ability to adjust and overcome. We saw Edwin lose a fish on Chickamauga that I think was a true 10-pounder, and he overcame that. We’ve seen guys lose key fish and never recover, but Edwin’s mind is better than ever right now. And he’s done such a great job of taking care of his body. He’s just performing at an incredibly high level in many ways.”

Evers humbly deflects most of the praise directed at his stellar start. He admits that, as Stone points out, his physical health is excellent (“I’ve never felt better,” he says), and that he’s constantly working to get into even better shape. But beyond that, Evers points to the early season schedule, and his support system back home in Talala, Oklahoma.

“I was excited about the season, and the lakes we were going to, but I have to admit that everything starts at home,” Evers said. “My wife Tuesday takes care of so many things and keeps everything running, she deserves a lot of the credit. I also have a guy managing the pecan farm now (Edwin Evers Pecans) who’s just phenomenal. For a few years, I’d come home from a tournament and work sunup to sundown on the pecan farm, which was a pretty big load. It all helps.”