GALLERY: Wheels Off for Winning Wheeler 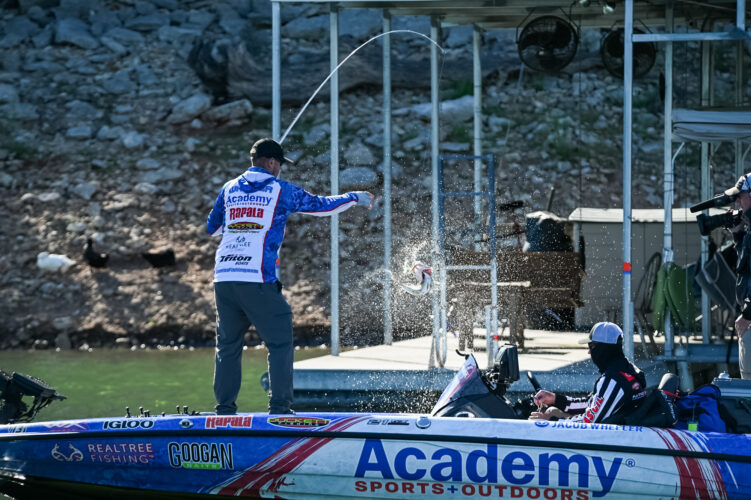 AUSTIN, Texas – He did it again, folks. After a flurry of a morning, Jacob Wheeler became the first MLF pro to win three Bass Pro Tour events. Bobby Lane made a final push for the win, but came up just 2 ounces shy. Despite only catching two fish in the final period, Wheeler held on and finished out Wednesday’s Championship Round with 13 bass for 28 pounds, 13 ounces for the win, and a $100,000 check

Catch up with Wheeler’s morning on Lake Travis during the Berkley Stage Two Presented by Mercury!