Jordan Lee Working on a Top Five on Cayuga Lake 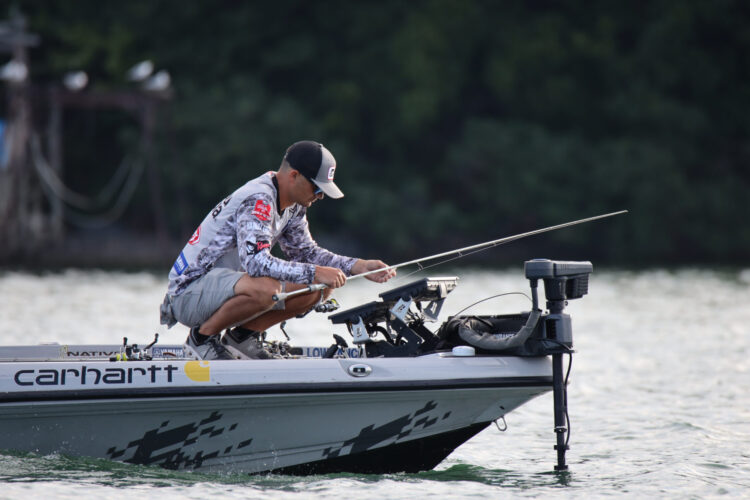 UNION SPRINGS, N.Y. – The coveted Angler of the Year title is well within reach for Jordan Lee, but he needs to do well at Fox Rent A Car Stage Six Presented by Googan Baits in order to make it happen. Lee is currently ranked second in the Bally Bet Angler of the Year standings with 342 points, a mere 38 points separating him from current leader Jacob Wheeler.

The Alabama angler has been all over the place this season, but today he’s staying in place with a focus on the lower section of Cayuga Lake – and it’s paying off big time with a solid start to Stage Six. Earlier this season, Lee placed third at Stage One, 12th at Stage Two, second at Stage Three, and he finished 23rd at Stage Four and Five.

Now his eyes are on a spot in the top five at Cayuga Lake while the Angler of the Year title is on his mind.