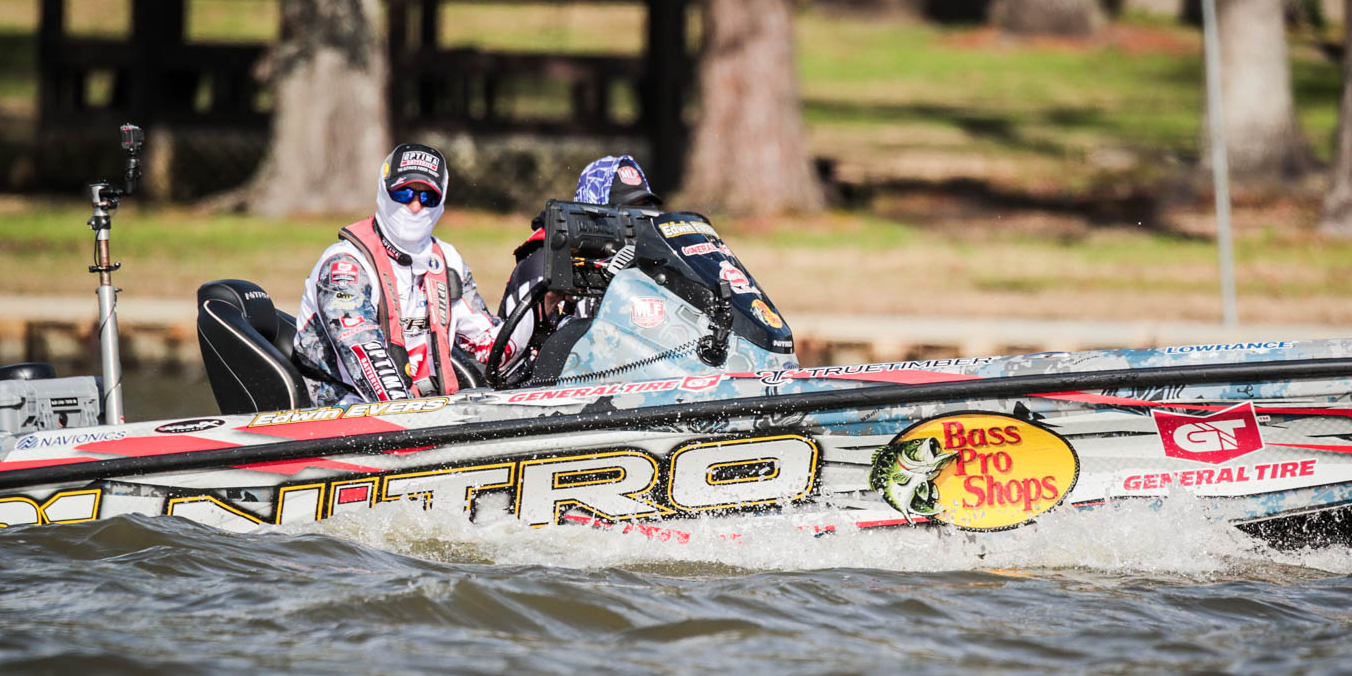 Edwin Evers piled 28 pounds, 12 ounces on SCORETRACKER to advance to the Knockout Round. Photo by Josh Gassmann

Lee and Montgomery entered the day 1-2, and Evers made a move early in the day to put himself well inside the Elimination Line. But while the three enjoyed relatively stress-free days with totals of 47 pounds, 10 ounces, 39-15 and 39-9, respectively, roughly a dozen anglers fighting for their competitive lives around the Elimination Line had exactly the opposite experience:

Brett Hite landed a 2-4 on his last cast of the day to leap from 21st to 19th and into his first MLF Knockout Round.

“I’m going to take a breather on that one,” Hite said as he flopped on his front deck immediately after the “lines out” call from his official. Hite covered his face with his hat and took a minute to catch his breath, and then went into celebration mode when it was confirmed that he was indeed in the Knockout Round.

“That was probably the most stressful last couple of hours of fishing in my life,” Hite said once he was upright again. “I kept my head down the whole time, and I knew I’d get a bite sooner or later. I cast up under a boat dock, cranked three times and that fish just KO’d it.”

Randall Tharp, who started the morning in fifth place, tapped a 4-1 just 20 minutes into the morning and then didn’t add another fish to SCORETRACKER® until there was 40 minutes left in the final period. That second bite, though, was the right one: a 4-4 that cemented Tharp at 17th.

“It was extremely tough today,” Tharp admitted. “I caught that 4-pounder first thing in the morning, and thought ‘Man, what a great start, let’s build on this’. But as far as I’m concerned, I’m in first place now with the weights zeroing. I know I’m catching the right ones, and I’m having fun fishing the way I love to fish.”

Zack Birge started the day in 20th place, and spent the majority of the first two periods ping-ponging between 17th and 20th, battling Justin Lucas, Stephen Browning, Gary Klein, Mike McClelland James Elam to stay above the Elimination Line. Birge put together a four-fish flurry over the first 20 minutes of the final period to add 12-8 to his total. Birge finished the day in seventh place.

“I fished that area first thing in the morning, and then left it for four or five hours,” Birge said. “I went back there hoping that some fish had moved in, and they had.”

Justin Lucas jumped into the Top 20 with 13-9 in the first period, but then slowed down in the second period, and finally stalled over the last half of the day. The Alabama pro didn’t put a scorable fish on the scale over the final 3 ½ hours of competition and fell to the dreaded 21st spot with 26-11 (7 ounces behind Gary Klein, who earned the final spot in the Knockout Round).

“I was catching them good the first two periods, never caught a keeper in the third period, and have no idea why,” Lucas admitted. “It feels terrible. I hope everybody finishes 21st at some point. They need to know what that feels like. It’s not fun.”

Weights zero out tomorrow for the Knockout Round, which pits the Top 20 anglers from both A and B groups in a one-day battle for the Top 10 weights of the day. Those 10 anglers will compete in the Championship Round on Sunday.

How, Where & When to watch

Official live scoring updates are available via SCORETRACKER® from the start of competition at 7:30 a.m. CT. The MLF NOW! live stream begins at 10 a.m. CT, with on-the-water coverage following the action until the end of competition at 3:30 p.m. The MLF Berkley Postgame Show begins at 5 p.m.