LUKE CLAUSEN: No More “Fishing to Not Lose” at Sam Rayburn 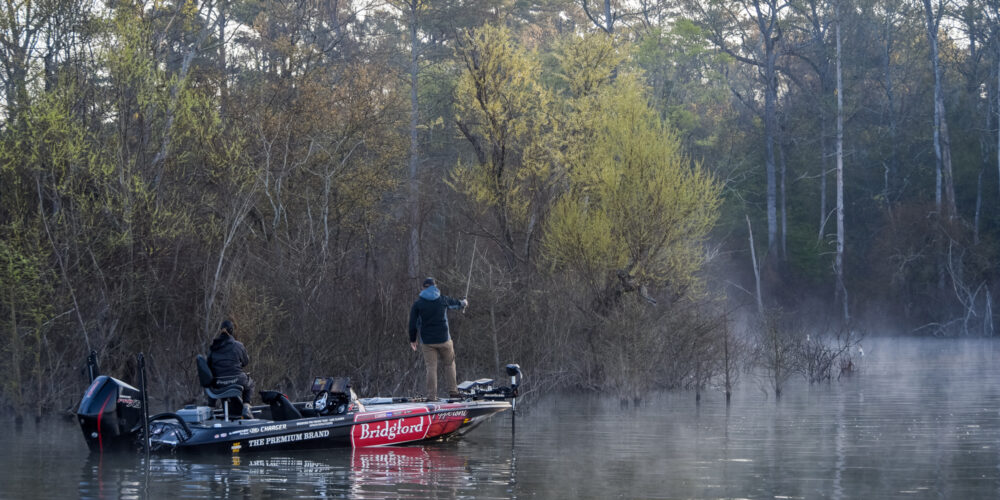 Now that I’m back home in Washington, I’ve had some time to think about my second-place finish on Sam Rayburn on the Bass Pro Tour season opener. It feels good to start the season off with such a good finish, and I hope to carry that momentum throughout the whole season.

This wasn’t my first Top 10 on the Bass Pro Tour, but it’s been a while since I finished this high in a tournament, where I had a legitimate chance for the win. It’s been so long that I can’t remember the last time where I was that close.

It’s pretty remarkable that I finished that high based on the practice that I had. I caught three bass over 2 pounds in two days and a decision I made on the first day of the tournament helped turn my event around and gave me this great start to the season.

Fishing to Not Lose

Over my career, I’ve fallen into the trap of fishing not to lose, instead of trying to win events. Whether it’s to salvage some points or scrap out a check, playing it safe has become part of my fishing.

My finish at Rayburn was a reality check for me because of how I fished. Instead of taking the conservative route and fishing to catch a few fish to try to beat half of the guys, I abandoned it all and fished new water each day. Tournament anglers always say they “just went fishing,” and that’s really what I did. I let my instincts tell me what to throw and where to fish next.

I started the tournament on Rayburn in an area where I had one single bite in practice. I based my whole game plan to start the tournament on that one spot, and when it didn’t work, I had a zero for the first period. That’s when I decided to pull up the trolling motor and go fish what looked the best to me at that time, which was areas I had never made a cast to in practice.

I’m hoping I can get back to fishing more with my instincts permanently, because that’s how I like to fish. I love going to new lakes I’ve never been and trying to decode them.

Early in my career is when I had my biggest successes, and that’s how I tended to fish, just because I didn’t know any better. I had limited experience on most waters and would have no problem abandoning everything, cranking up the Mercury and running across the lake on the second day of the event and fishing new water I had never seen before. More often than not, it worked out for me.

When we formed the Bass Pro Tour, I was a big proponent of having no practice, because that’s how I like to fish: show up and try to see what the fish are doing. I don’t have enough guts to skip practice in our events and just show up for the first day, but I think it might work out better for me.

The biggest takeaway I got from this last event is relearning to trust my instincts. When you’re fishing to not lose, you’re never going to win.