MERCURY KEYS TO VICTORY: Getting Started on Sam Rayburn Reservoir 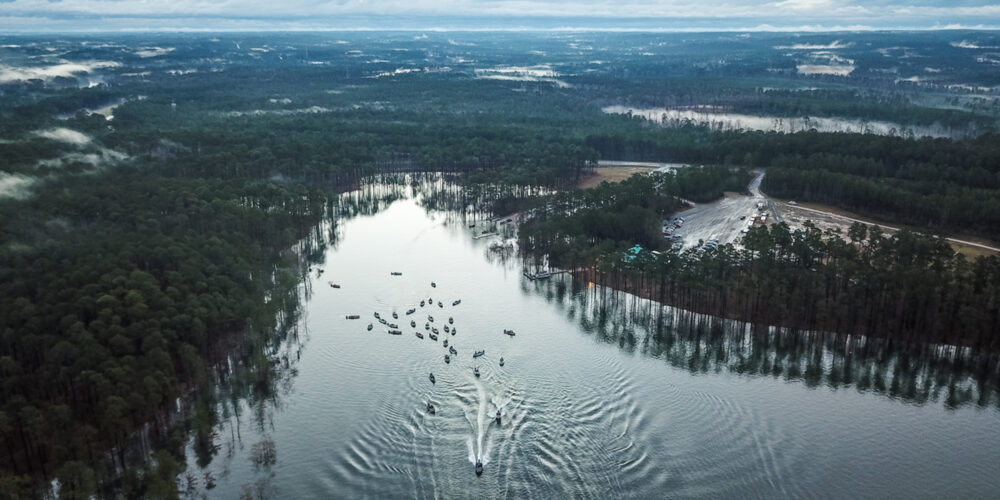 JASPER, Texas – The start to the 2021 Bass Pro Tour season is upon us and the 80 anglers will be tackling Sam Rayburn Reservoir during the Toro Stage One Presented by Power-Pole. Massive fishing pressure on the famed Texas fishery is the main story this week, but the reports from the following Mercury pros show that the fish are biting.

Fred Roumbanis: “It’s been chaos out there with so many boats and one of the most nerve-wracking, pre-fishing I can remember,” Roumbanis said. “With a 500-boat tournament out there (Saturday) and a 200-boat event (Sunday), you don’t know if what you found will hold up. I have more rods on my deck than usual and will be fishing a bunch of different stuff.”

Matt Becker: “It wasn’t too bad out there, and I never really beat on my areas too much,” Becker said. “There were so many boats out there, but it wasn’t too hard to get a bite. I think this event is going to take a lot of weight to do well and a bunch of weight to win this one.”

Luke Clausen: “I caught three scorable bass in two days of practice and a bunch that were smaller,” Clausen reported. “I put a lot of hours on my Mercury and don’t really know what else I need to do to catch fish over 2 pounds. I’m rigging up my rods right now with a bunch of more bad ideas.”

Josh Bertrand: “It was a little slower than I anticipated, but I think it’s going to get better and better as the week goes on,” the Arizona pro said. “(Practice) was a revolving circle of boats going into areas, but I think these fish are used to it here and will still bite. It’s going to get warmer and the fishing pressure should die down a little as the week goes on.”

Andy Montgomery: “Practice was slow for me, and I did more looking than fishing,” Montgomery said. “Mainly because there were so many boats out there and it was hard to get around. I found some fish late in the day today and at least found a home, a place to start. That’s all practice is, and I found a place to start.”

Shaw Grigsby: “I sure wish that cold front hadn’t come through,” Grigsby said. “I found several fish on beds, but they were all bucks. I’m assuming the big ones are coming, but they probably won’t be ready when the tournament starts. I’m hoping to survive the first (rounds) and hope I can hang on until the fishing gets better when it warms up.”

Mark Daniels Jr.: “I don’t know if it was the pressure or the cold front, but I had trouble catching scorable bass even though I was catching a good amount of fish,” Daniels said. “The lake looks really healthy though and the grass is lush and green. That’s always a sign that the fishery is doing good, and I think the field will catch them. The fish are prespawn and spawning, and I think all sorts of things are going to work this week.”