REDCREST 2019: Omori Eager to Add Another Championship Trophy to Resume 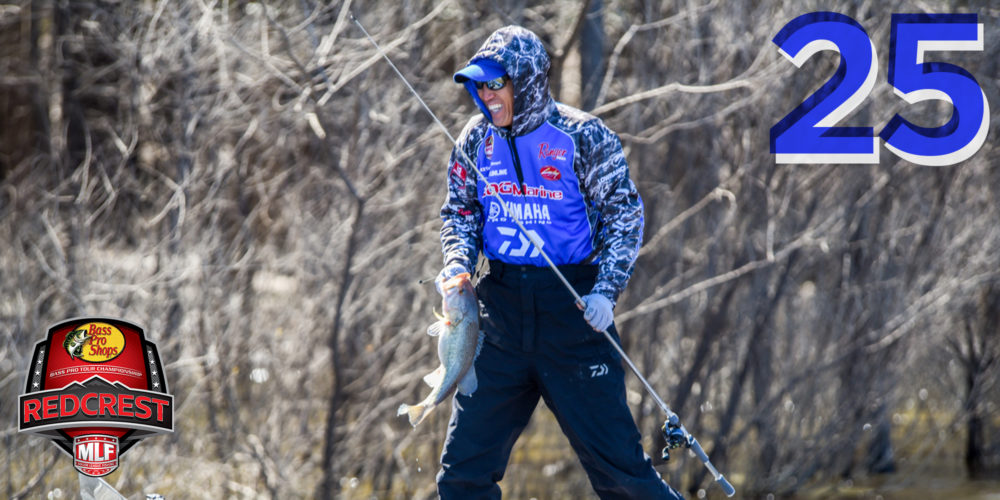 If you ask Daiwa pro Takahiro Omori to sum up his 2019 season on the Bass Pro Tour, he’ll tell you that he’s proud to have finished 25th in the points standings and qualified for the inaugural REDCREST, but also already looking forward to the 2020 season.

Omori was one of the 31 anglers who entered the season with previous experience competing in the MLF format. But despite his familiarity with SCORETRACKER® and the strategy involved in the “every scoreable bass counts” rules, the Daiwa pro quickly admits that it was a big adjustment going into the 2019 Bass Pro Tour season.

“Coming from having no practice days and just showing up for MLF events to having two practice days before the event, that was a big change,” Omori said. “I learned right away that you have to catch way more fish to do well in the Bass Pro Tour than you do in the Cup format.”

Omori started the season strong with a 10th-place finish at Stage One on Lake Toho, and then finished third at Stage Three in Raleigh. Despite that quick start, he still believes that he should’ve done better, and is certain that he’ll be even more competitive as he becomes more attuned to the format.

“We have 80 anglers who are ‘the best of the best,’ and they figure it out quickly if you give them time to do homework on the fisheries, and then get to practice,” Omori said. “That’s why I feel proud to have made REDCREST in the first season. But I believe I can do better next year.”

Omori has tasted success on Pools 7 and 8 of the Upper Mississippi River out of La Crosse, Wisconsin. He finished in the Top 10 two of the four times he competed there on the Bassmaster Elite Series; in all, he’s finished 7th, 9th, 19th and 46th.

Omori says the fishing in La Crosse is right in his wheelhouse.

“I like the fishery because I can catch them the way I want to with shallow-water fishing,” he said. “Pools 7 and 8 fit my style perfectly. But I’ve never fished a tournament there in August and it’s a river system, so that means the fishing will all depend on the conditions. The water level and how fast the current is running will be important to figure out what the fish are doing when we get there.”

Looking for Another Trophy

Omori became a household name in the fishing world after becoming the first international angler to win the Bassmaster Classic at the 2004 edition on Lake Wylie in North Carolina with his dramatic last-minute catches.

As part of the fraternity of past winners of the Bassmaster Classic or FLW Cup, he would greatly like to add another championship to his resume and place the REDCREST trophy into his collection.

“This is a big deal, and in my opinion, we have the best anglers in the world fishing this event. Winning REDCREST would be a huge honor to me,” Omori said.